The state’s utilities commission found that blends containing up to 5-20% of the volatile gas are generally safe, but above that level things get dicier.

In a “critical step” for advancing California’s future use of renewable hydrogen, the California Public Utilities Commission late last month released a comprehensive study exploring the injection of hydrogen gas into natural gas pipelines, finding that end-use appliances could be the prime hurdle in introducing significant quantities of the element to current systems.

The study, carried out by the University of California at Riverside (UC Riverside), reported that blends in excess of 5% do present heightened threats of leakage in pipelines, with embrittlement a particular concern for those constructed of steel, but that strict regulations and requirements governing gas turbine fuel specifications on the back end are a more prescient concern for utilities, barring major infrastructure modification. 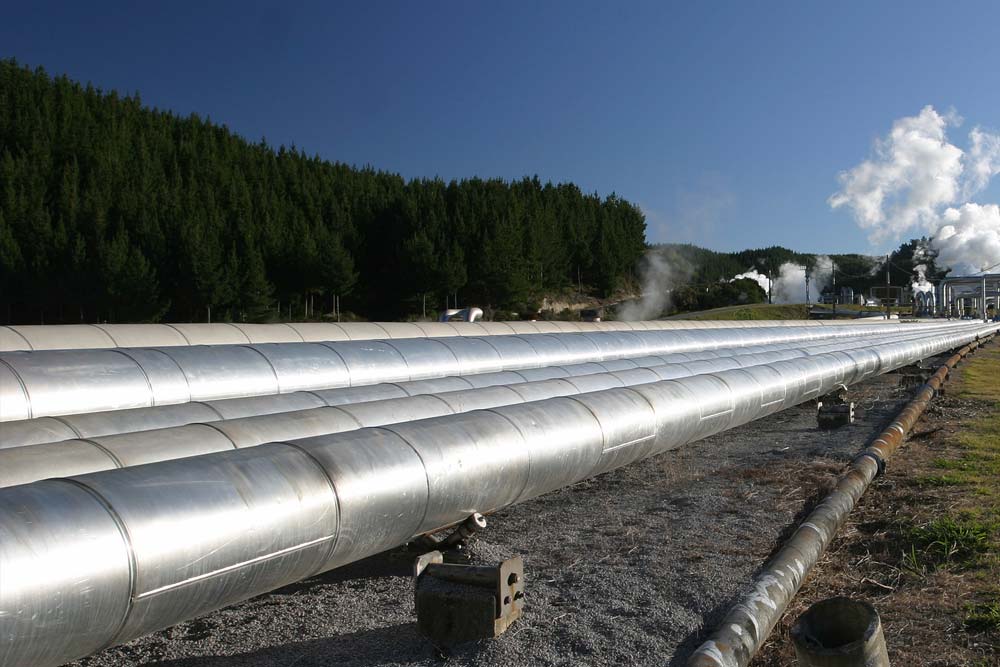 Those concerns are mirrored at the consumer level. Higher levels of hydrogen gas—namely, in excess of a 20% mix—make for higher combustion temperatures, researchers said, the result of which may be overheating household components and increased emissions of toxic nitrogen oxides. The presence of hydrogen also increases laminar combustion velocity, the study noted, meaning household appliances could be exposed to gas flashback.

Still, the modifications required to guard industry and consumers alike may be inevitable if the state hopes to reap any benefit from hydrogen-infused infrastructure; as a gas, hydrogen is low in energy content relative to methane-based natural gas, meaning higher-content blends would be necessary to deliver the same amount of energy to end users.

Below, we’ll dive into some additional hydrogen background before I provide some engineering perspective of my own on whether the prospective bang here is worth the state’s literal buck.

Hydrogen gas is an energy-rich molecule with wide applications in the chemical industry. Until recently, it was produced largely via an energy-intensive, environmentally dirty process known as steam methane reforming.

But, it is now possible to obtain hydrogen via a device called an electrolyzer, which uses electricity to split ordinary water into its hydrogen and oxygen components; we recently reported on a partnership headlined by Siemens aimed at producing electrolyzers capable of gigawatt-levels of production.

If the electricity used by such devices is sourced from renewables, be they photovoltaic cells or wind turbines, the industrial pathway produces no carbon dioxide, and the product is known as “green” hydrogen. Blending such hydrogen into natural gas would mean that at least some of the energy reaching consumer appliances will have been produced cleanly.

Hence California’s interest here. The CPUC commissioned the study in compliance with the state’s Senate Bill 1369, which requires the body to “undertake specific actions to advance the state’s clean energy and pollution reduction objectives,” including the targeting of green hydrogen for expanded use, the study said.

Hydrogen is the smallest element in the universe. Most of the pipes now used to carry natural gas are made of steel, and the element’s tiny molecules are small enough to penetrate between the spaces in the steel lattice, escaping the pipe.

But not only can those molecules escape the pipe, their interaction with its steel, as previously mentioned, can also embrittel the pipe’s structure, exposing it to fracture. Worse still, hydrogen’s lower energy content—roughly 0.003 kWh per liter—necessitates that it be pushed through the pipes at both greater speed and greater pressure, just the conditions to exacerbate leaking and accelerate deterioration of the pipe’s integrity. 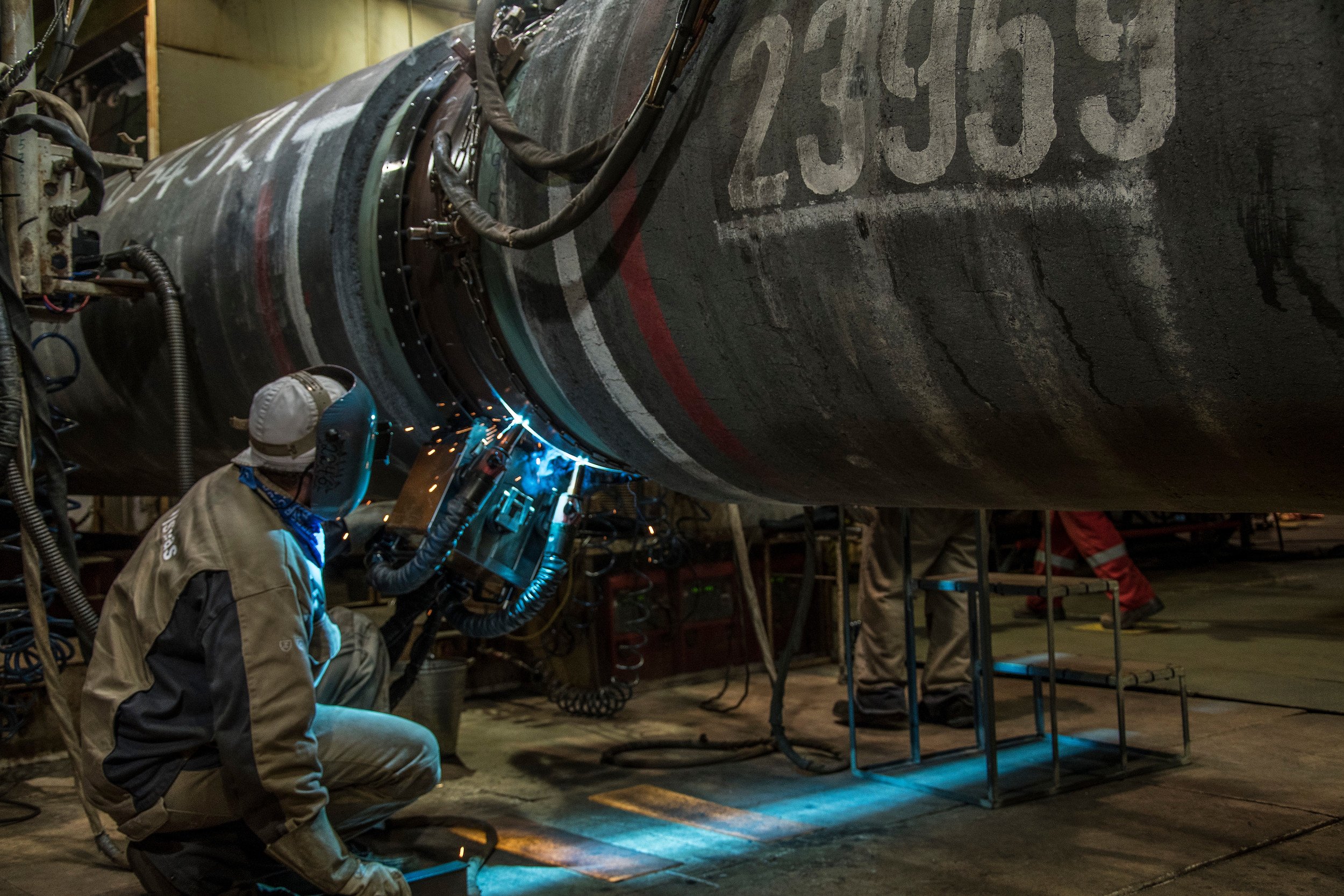 This leads to not only a waste of energy, but also an increased risk of serious explosion. The ignition energy of the escaping hydrogen is substantially lower than that of natural gas, UC Riverside said, meaning that large gas leaks are much more likely to combust upon hitting the oxygen-saturated air.

In one form or another, gas delivery systems have been in place for over two centuries. The image below illustrates a typical modern implementation. 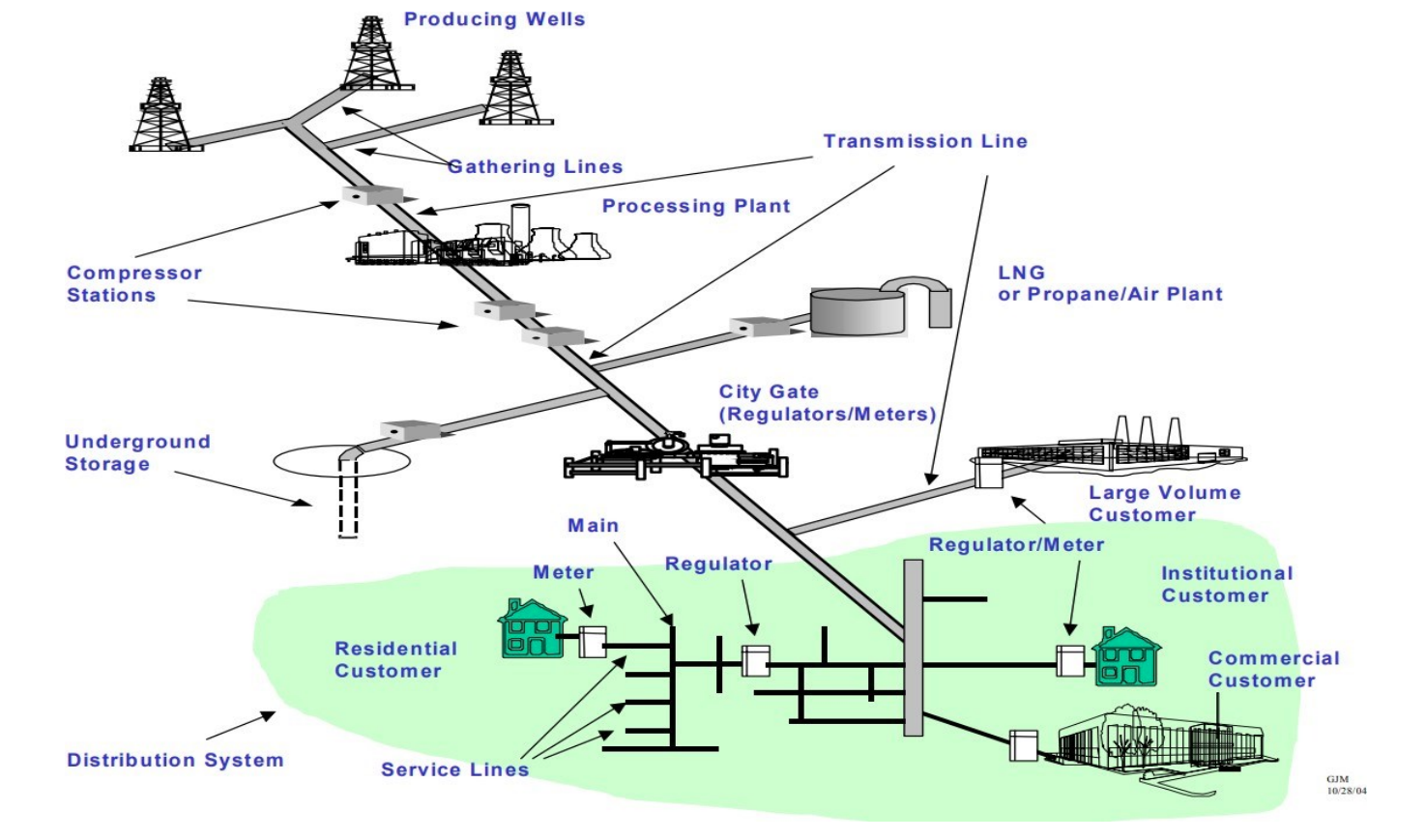 The top portion of the image illustrates the generation and transmission system. The consumer and smaller customer portions are shaded in green, and that’s where more trouble lies.

Consumers don’t think about gas—you turn it on, and the roast gets cooked or the house gets warm. They use old, but entirely serviceable gas-powered devices whose designers had no need to even consider the effects of hydrogen.

And that’s what can make hydrogen development worrisome.

Is It Worth It? — One Engineer’s Opinion

California’s political and regulatory bodies must be careful to not be too hasty with hydrogen.

In May, as reported by the LA Times, the Los Angeles City Council voted to ban most gas appliances in all new construction, a move to reduce the state’s use of natural gas in homes and businesses, where it accounts for roughly 10% of the State’s planet-warming pollution, the Times said. 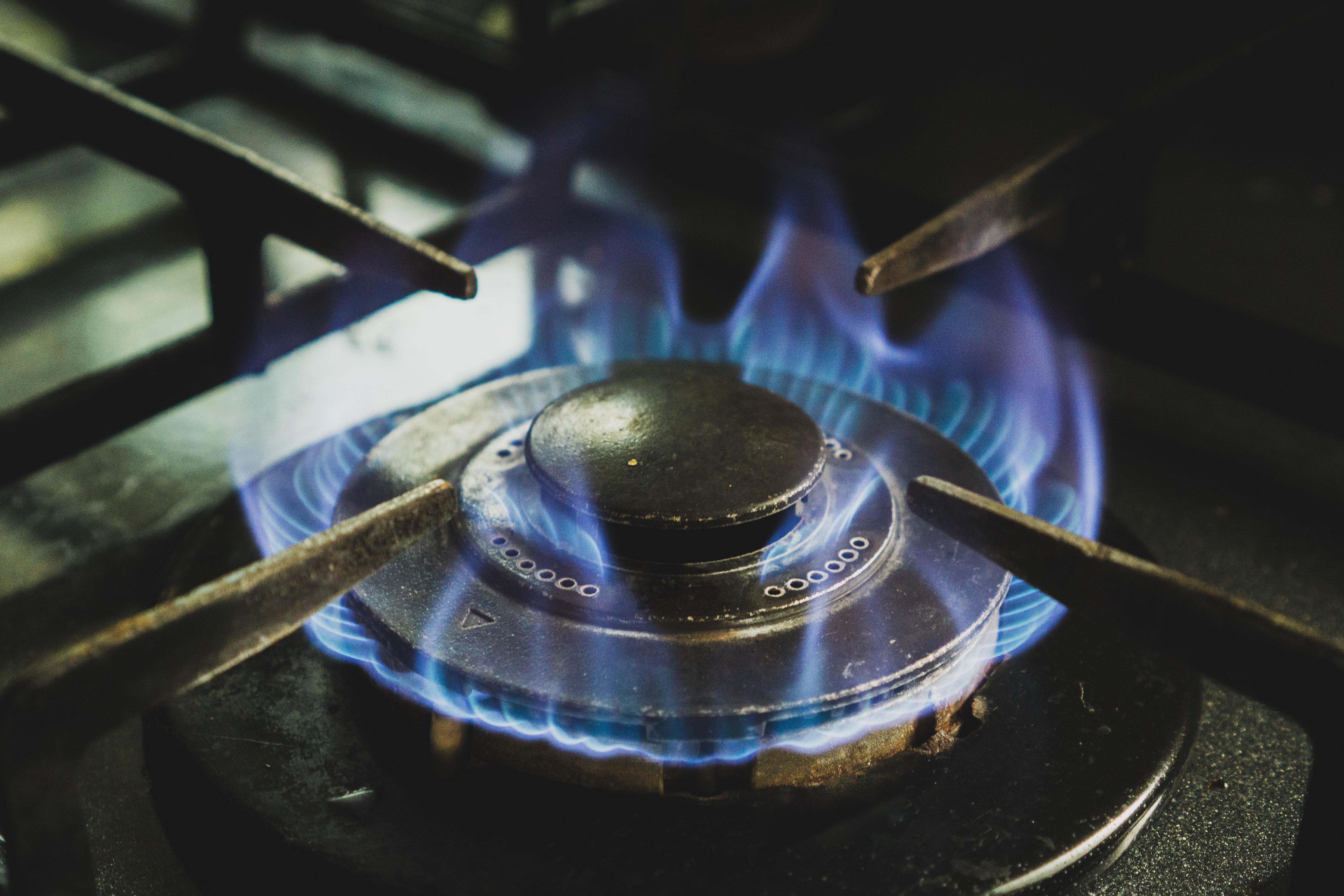 It’s all too easy for one to see similar pollution-related requirements quickly implemented in older housing, where gas-powered appliances are surely less efficient than their modern brethren. Problem is, at least where hydrogen is concerned, those appliances will need significant upgrades to prove safe. What’s more, were hydrogen blends to grow concentrated enough, major changes would be required “in the transmission, distribution, regulation and metering processes,” UC Riverside found in its study.

But effectively modernizing a relatively ancient distribution system is a significant task. California and its utilities will need to conduct far more research, and run far more tests—both of which, to be fair, the study recommends—before it can even begin to realize hydrogen as a significant replacement for natural gas in pipelines. And once it’s there, the pile of money it will need to expend will grow, and grow quickly.

So, considering the difficulty, the answer at this point is: Probably not.

California is better off spending its energy elsewhere, perhaps in the exploration of hydrogen as an energy storage method.