Are Wireless Electric Roads a Better Solution to the EV Infrastructure Challenge?

Are Wireless Electric Roads a Better Solution to the EV Infrastructure Challenge?

What if vehicles with internal combustion engines never existed? Would the design of electric vehicles and their charging infrastructure look different? One company and its partners are plotting a different future for EVs based on wireless electric roads.

Modern electric vehicles (EVs) have numerous challenges, including but not limited to:

To combat these problems, significant research and development is ongoing to improve battery storage density, increase charging speeds, and change the materials used in battery construction. But those approaches are effectively viewing EVs and the associated infrastructure as one-to-one replacements for internal combustion engine (ICE) vehicles and the filling stations that support them. 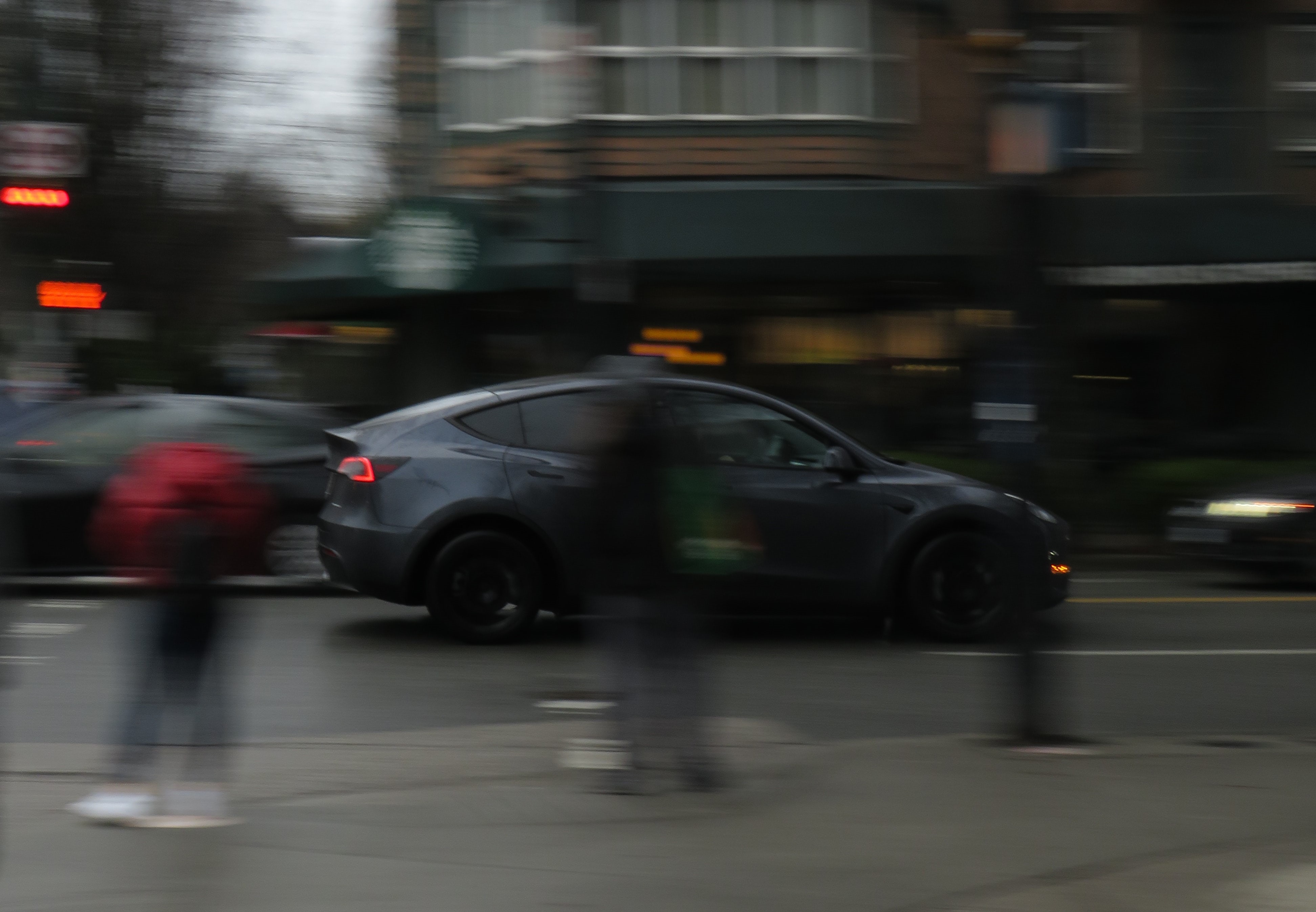 Innovative as they may be, EVs introduce a whole host of challenges. Image [modified] used courtesy of Albert Stoynov/Unsplash

Electreon and Stellantis have a different idea.

Years ago, when Dr. Stefan Tongur was researching the concept of wireless electric roads for his PhD thesis, he was met with a load of skepticism.

“When I presented this, it was seen as science fiction; this is not a reality,” Tongur reflected on his time at the KTH Royal Institute of Technology.

But he recognized that our current system had “evolved over a century—how we fuel our cars, how we drive them, how we operate, and how we maintain roads.”

Tongur is now the Vice President of US Business Development for Electreon, the company that is leading the charge (pun definitely intended!) to make wireless electric roads with inductive wireless power transfer a reality. 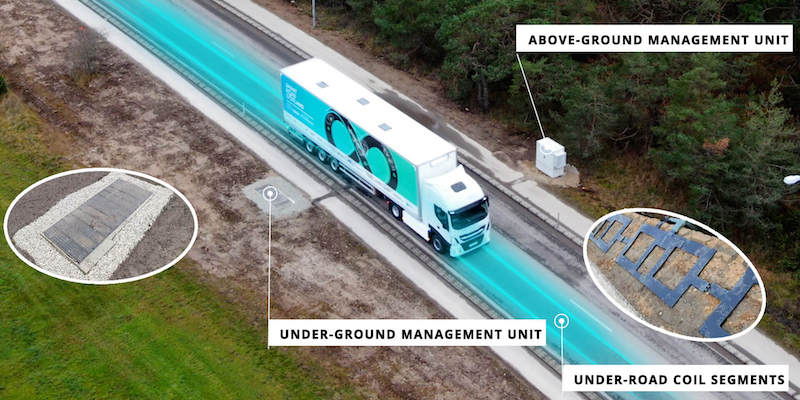 The Problem of Heavy Vehicles

While the progress being made in electrifying smaller, lighter weight EV passenger vehicles was “seen as radical innovation by some,” Tongur maintained a more narrow view.

And as he saw it, scaling that innovation to support larger vehicles was going to be a real obstacle.

“[On] the heavier side, the battery was always kind of the bottom line,” said Tongur. “The weight of the battery and the operation of commercial fleets, which need to have a much higher uptime, is challenging.”

This problem was echoed by Gianfranco Romeo, Head of R&D and Innovation for the Stellantis eMobility Business Unit.

“Electric vehicles are moving towards bigger and bigger battery packs (and) faster and faster supercharging,” Romeo said. “This is nice, but its sustainability is a question mark… especially if you consider trucks or light commercial vehicles.”

To tackle those problems, Electreon has developed a wireless electric road solution reliant on road-embedded copper loops that employ magnetic induction to transfer power to receivers, which are mounted directly under vehicles.

Passenger cars use a single receiver while larger vehicles like trucks and buses can employ up to six receivers to increase power transfer. Each system is tuned according to vehicle design, including height to the road surface. 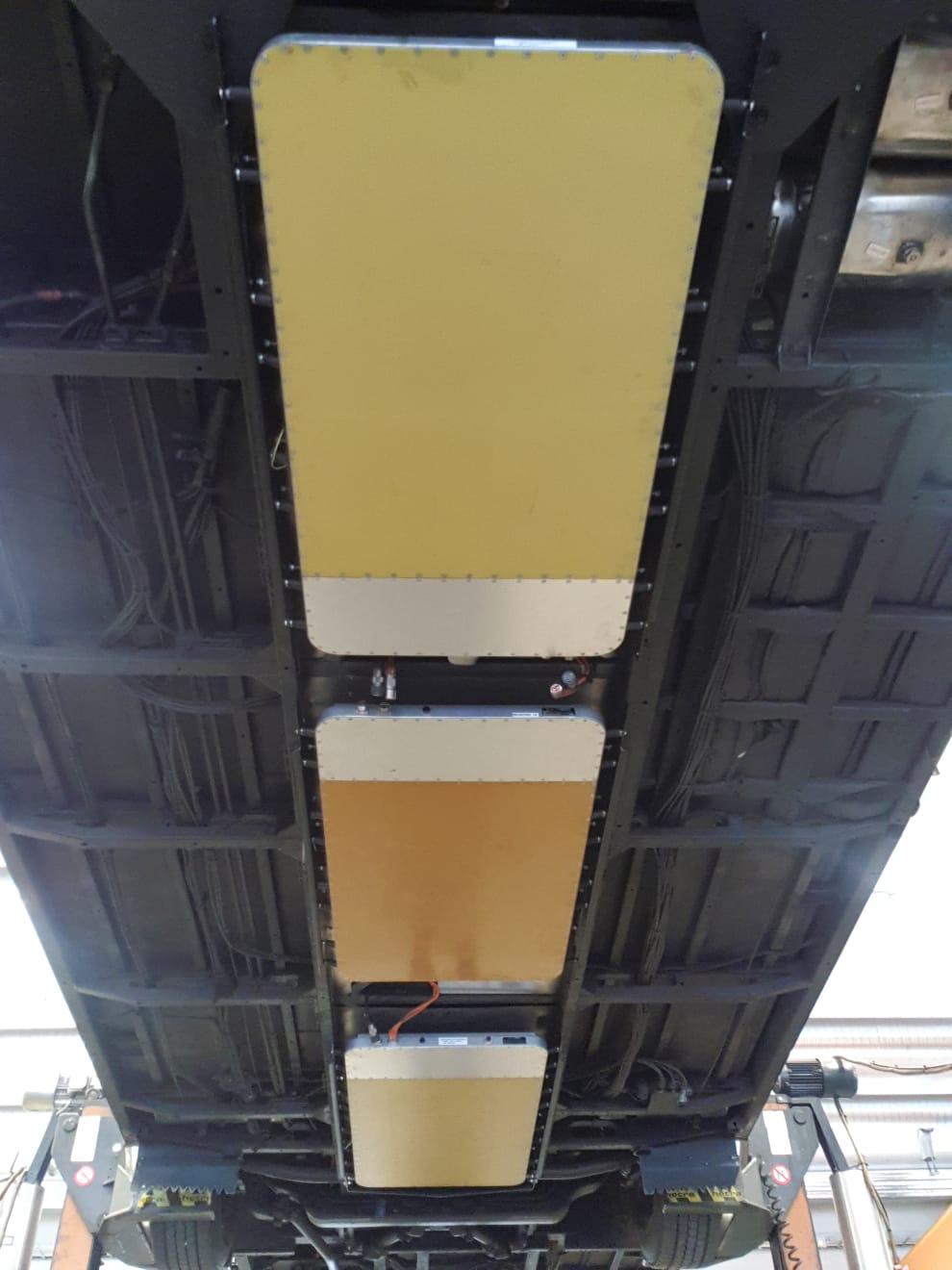 This dynamic charging was recently demonstrated on a Stellantis Fiat 500e that, according to Romeo, sustained “84 km/hour without draining the battery.” That means they could reach “an infinite range, if we run at 84 km/hr today,” using the prototype system and 100 km/hr with improvements to the single receiver system. 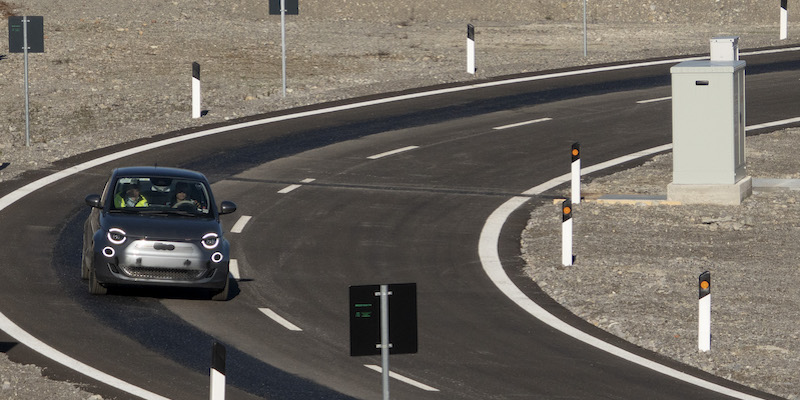 Electreon has achieved 85% power transfer efficiency and is working on increasing this further, the company said. To minimize overall system cost, aluminum cables are used for the high DC power transfer from the grid to the management units.

There are numerous projects around the globe to test these systems.

For Stellantis, the projects are an opportunity to demonstrate the systems’ benefits to both the teams and their future customers. Per Romeo, the company is measuring efficiency, investigating safety, and working to understand how the system performs with differing temperature, asphalt type, altitude, and weather conditions.

A Holistic Solution to Vehicle Electrification

According to Tongur, wireless electric roads “create more holistic solutions for fleet owners that have a lower total cost of ownership, and also lower investment.” When asked about the challenge of building the infrastructure to support the concept, he followed:

This eliminates many of the bottlenecks operators face in the normal transition to electric mobility. Tongur then listed a number of advantages Stellantis perceives:

While test vehicles are currently retrofitted with Electreon receivers, Stellantis is already thinking of a potential future that includes wireless electric roads. The company is in the “phase of design for the future architecture that will be launched in 2027 or ‘28,” said Romeo, and wants to be prepared to more easily incorporate the technology.

But, that took many decades to accomplish. Tongur believes that wireless electric road infrastructure can be built in a similar process. This likely starts with charging fleet operations on known routes, as with their pilot projects in Tel Aviv, Israel and Karlsruhe, Germany. That minimizes the initial investment and provides a quicker return. 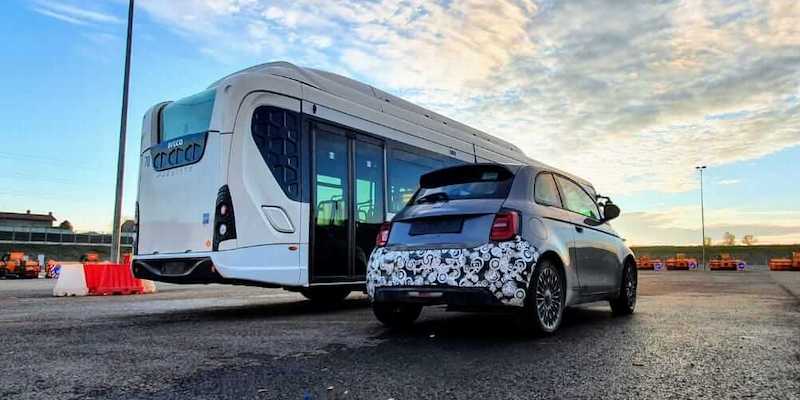 The system can then gradually grow to cover portions of cities with heavy traffic. Eventually, those cities can be connected together. The expansion can progress organically, following a similar pattern to roadways and railways.

For Gabriele Catacchio, Head of Global e-Mobility Communication at Stellantis, the implication is that the company must “bet on the technology, even if you do not know at the moment if the institutions (and infrastructure) will support this kind of transition.”

While not at liberty to share detailed financial information, based upon its analysis Stellantis believes wireless electric road infrastructure is highly cost-competitive with other systems, the company said. Tongur provided a hypothetical situation to explain the potential financial benefits.

Imagine electric buses that require 500 kWh batteries to operate all day. What if you could reduce the battery size to 300 kWh with static charging at the route ends? That is an immediate cost savings. If you can eventually incorporate dynamic charging, that battery capacity might then be reduced by over 90% to 40 kWh. Multiply those savings by fleets of 50 to 1000 buses, and the economics become even more attractive. 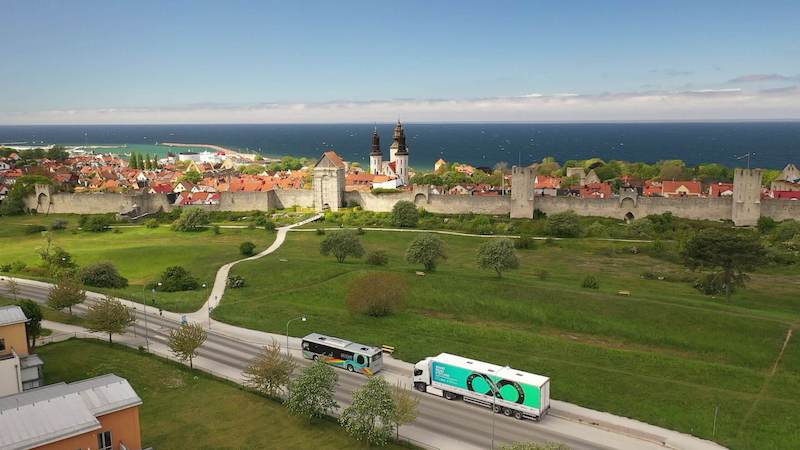 The (Electric) Road Ahead

While Stellantis and Electreon have plans to continue testing and data collection through 2023 on their joint projects, the latter says it has already completed two commercial deals. The company is also offering Charging as a Service (CaaS) with the goal of eliminating upfront infrastructure and maintenance costs.

Tongur concluded with his belief that he and his co-workers are ultimately “creating that better future through technology,” but there remains work to be done on the road, the vehicles themselves, the hardware, and the software.

"I think we need engineers from both the public sector and the private sector because…this is such a great opportunity to take what we've learned the past century and apply it to things that can actually make sense for keeping mobility sustainable for the coming century."