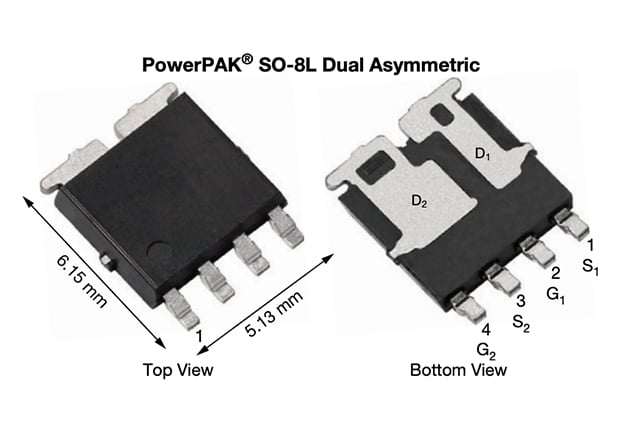 The SQJ264EP combines a high and low side MOSFET in a compact 5 mm by 6 mm footprint. By co-packaging the two TrenchFET MOSFETs in a single asymmetric package, the new device reduces component counts and board space requirements, The result is a far greater power density than would be possible with a single MOSFET solution.

This arrangement makes possible the unit’s overall advantage in efficiency when compared to symmetrical dual devices in power conversions with duty cycles below 50%.

Standout Characteristics of the SQJ264EP 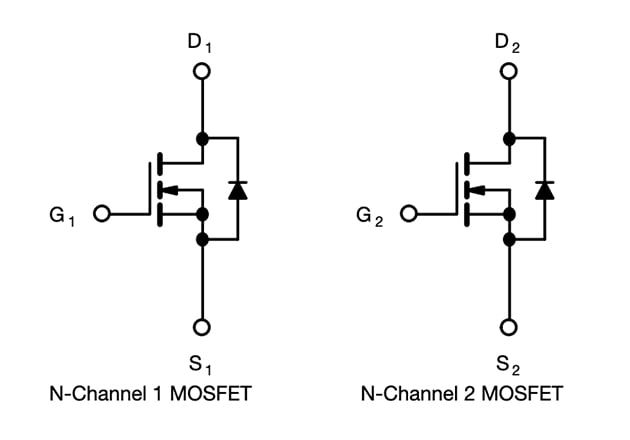 Because there is no internally connected switch node, the device allows engineers the ability to configure the transistors to different topologies, such as synchronous boost or synchronous buck DC/DC converters.

Junction to ambient (RthJA): 85°C/W for both channels

The improved solder bond that connects the SQJ264EP to the board leads to better overall reliability, when compared to solutions based on QFN single and dual packages.

The new dual MOSFET provides the Reliability and toughness necessary for