With competing devices spec’d at 6 volts, ROHM’s devices will offer the designer a critical 2-volt edge.

The low ON-resistances of Gallium Nitride (GaN) devices are making them the go-to choices for engineers involved in mid-power design. As compared to higher power silicon carbide (SiC), they switch at even higher frequencies, increasing their value to designers.

However, there are some chinks in the armor that engineers need to be aware of, and one is a limitation in the safe level of gate-source voltage. ROHM spells it out in the illustration below. 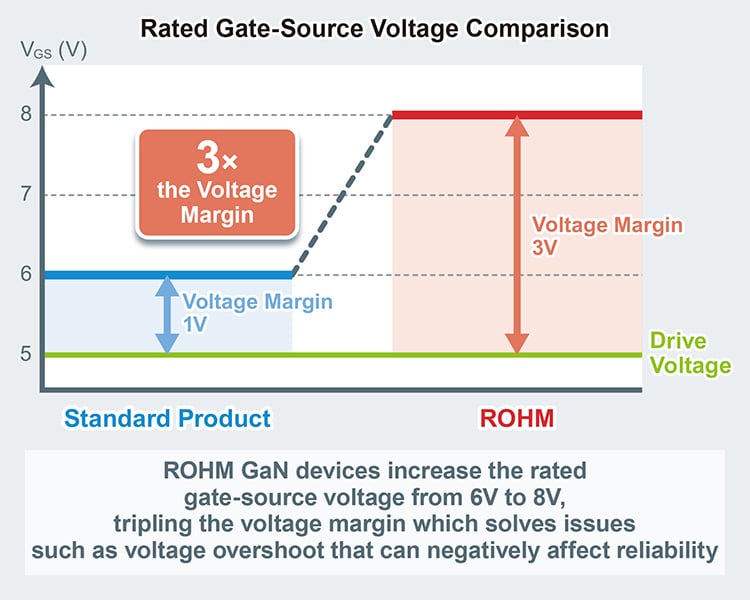 To drive the GaN device, a gate-source voltage of 5 volts is needed, but the standard semiconductor can only tolerate 6 volts. That leaves designers only a one-volt safety margin.

ROHM’s new GaN devices have a gate-source source voltage tolerance of 8 volts. As depicted on the right side of the diagram, that gifts designers with a three-volt safety margin.

Why a Wide Safety Margin is Vital

For standard GaNs, with their one-volt gate-source (g-s) safety margins, significant engineering effort must be devoted to assuring adherence to this tight range. This is an issue vexing designers eager to adapt GaN technology, and it has emerged as a serious obstacle. 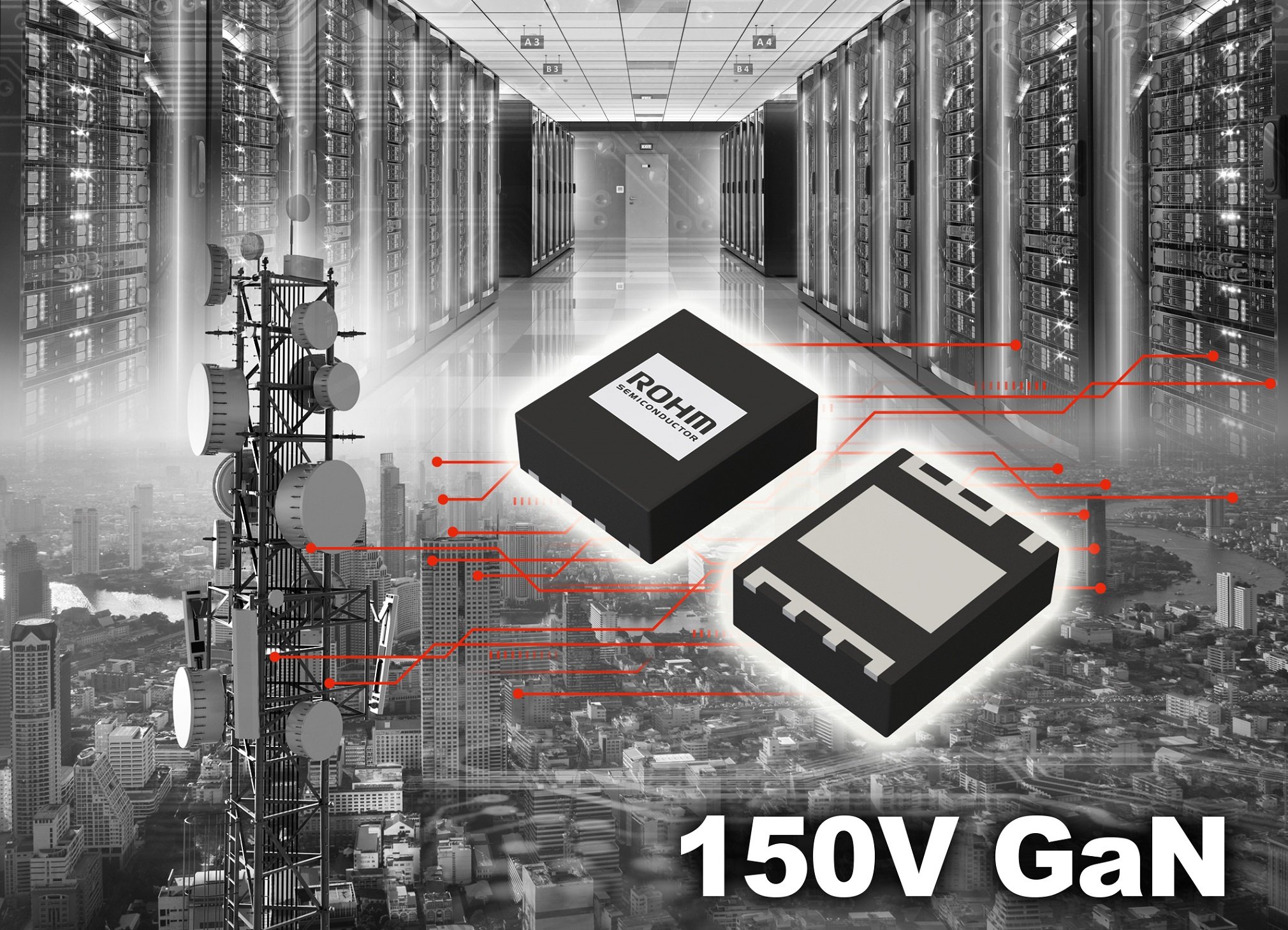 Tripling the voltage margin means that even if an overshoot of greater than 6 volts occurs during switching, there will be no degradation of the GaN device because of it. This will contribute to greater reliability of the power circuit, and make the designer’s job easier at the same time.

ROHM’s GaN devices employ copper clip junction packaging technology. As compared to conventional packaging, this affords a 55% reduction in parasitic inductance. Considering that these new GaNs switch at speeds of 1 MHz and better, this is a vital benefit.

The low-inductance package also excels at heat dissipation. The easily mountable package enables the devices to directly replace existing silicon semiconductors in established designs, a key area of application of GaNs today, as designers are increasingly convinced of their benefits.

There are three normally-off devices planned, all with zero reverse recovery time. They are rated as follows:

Samples of the new eight-volt gate-source rated devices will be available in September of 2021. Mass production of the 1st Generation of 150-volt devices will start in 2022.