The surface-mounted devices are available with capacitances of 47 to 10,000 µF and voltage ratings from 6.3 to 100 VDC. 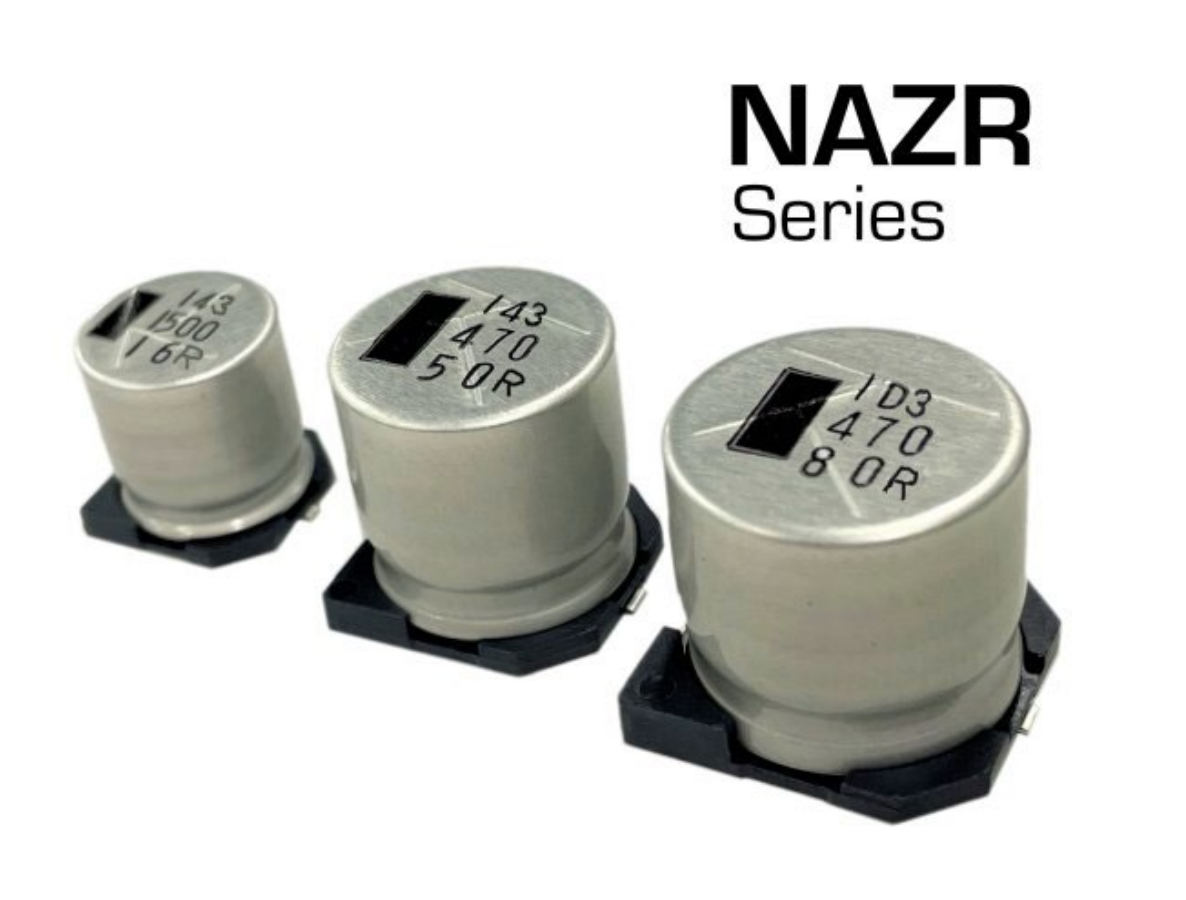 NIC describes the NAZR series as an updated replacement for its legacy NACKA series. NAZR electrolytic capacitors offer optional wide terminals for applications subject to high vibrations. During manufacturing, units can tolerate reflow soldering at temperatures up to 245°C.

For the benefit of designers, NIC Components publishes a Product Guideline for aluminum electrolytic capacitors, detailing their features and limitations.

Members of the NAZR Series

NIC makes it easy for designers to choose the right application for specific projects, with both its series page and data sheet listing the series members by working voltage. The number of devices at each working voltage and their available capacitance values are listed below:

Members of the NAZR series exhibit capacitance tolerances of ±20%. Leakage current @ 20℃  after 2 minutes is the greater of 0.01 CV (rated voltage times rated capacitance value) or 3μA.

For additional specifications, see the tables below: