The devices, which Marelli touts as smaller, lighter, and more efficient than competitive units, complete the company’s range of EV-targeted inverters, a line that also includes 400-volt components based on both IGBT (insulated gate bipolar transistor) and SiC technology, in addition to in-development converters built on gallium nitride (GaN), Marelli said in a press release. 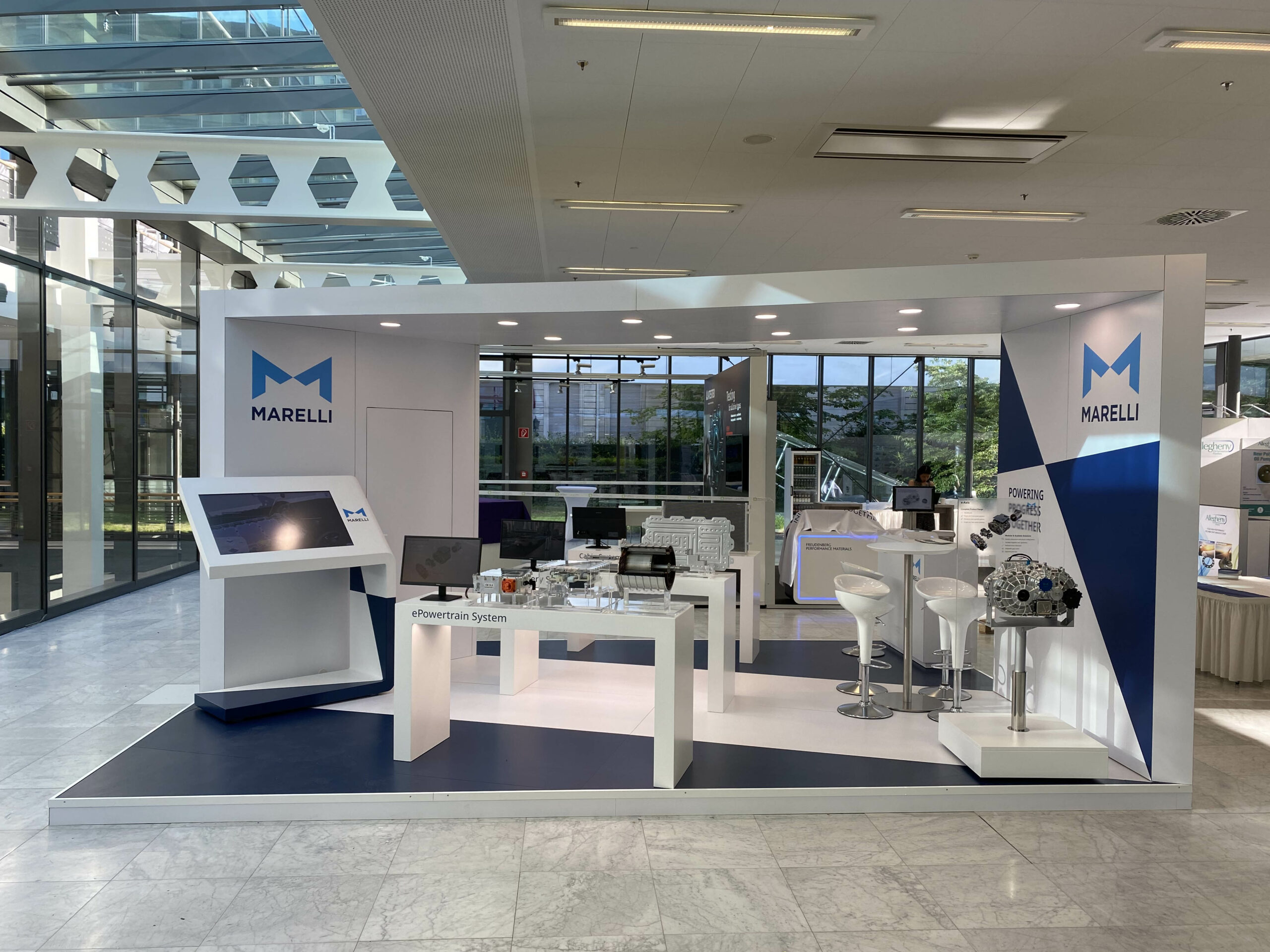 Based on SiC semiconductors, the fresh inverters should offer excellent performance at high temperature and high voltage; nowhere is that more important than in EVs, where energy efficiency translates into greater mileage between recharges, faster recharge times, and superior acceleration.

Marelli’s new inverters also offer an optimized thermal architecture that features advanced structural and cooling channels, purposed to reduce thermal resistance between the SiC components themselves and the cooling liquid. This increases the efficiency with which inevitable parasitic heat can be dealt with, and in so doing frees more of the battery’s energy for use in its primary task—powering the vehicle.

Exactly What Is an Inverter?

The lithium-ion batteries (LiBs) that power EVs are storage vessels for DC power, but the problem is that EVs rely on AC motors for propulsion. Enter the inverter, whose job it is to convert DC into AC.

The three primary specifications for an inverter are size, weight, and efficiency.

The smaller the inverter, the more room there is for other systems and subsystems. Less weight also makes for a lighter vehicle, which translates into sharper acceleration and longer distances between recharges. And, of course, the more efficient the inverter is, the more the battery’s energy can be directed toward powering the vehicle.

In EVs, the 400-volt rails that were for some time standard are now fast giving way to 800 V systems.

The primary reason for this is the usual suspect: efficiency. For the same amount of power in an 800 V system, the corresponding current is halved. Since power is equal to I2R, that corresponds to one quarter the power loss against a given resistance. 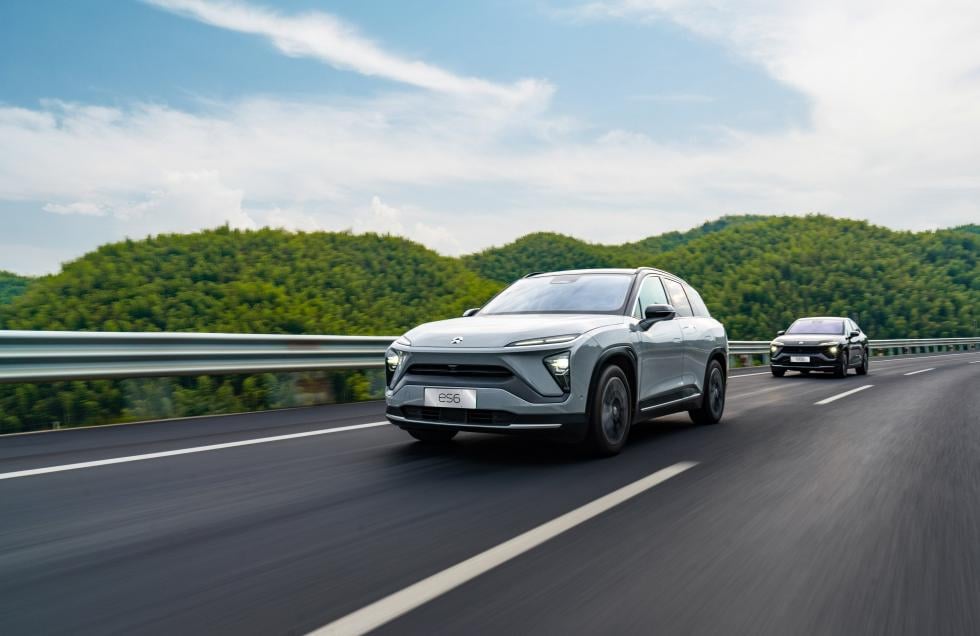 And, as we mentioned earlier, SiC semiconductors magnify that efficiency boost still further. The technology excels at the high voltages and heat inherent to the harsh automotive environment, and offers faster switching speeds than does old-school silicon. That allows for smaller passive filtering components, saving additional size and weight. What’s more, SiC devices sport low RDS(ON)s—the resistance through the devices’ conduction pathway when conducting—making them ideal for devices such as inverters.

These advantages were echoed by Marelli’s Razvan Panati, head of power electronics technology at  the company’s vehicle electrification division, in a written statement.

“The new inverters platform based on our 800 Volt Silicon Carbide power module technology allows to serve applications where energy use is optimized, the performance is maximized and efficiency is dramatically improved,” Panati said.

Unfortunately, few details regarding specifications were available at the time of this writing.

We do know that the software controlling Marelli’s platform of inverters was developed in-house and is hosted in an electric control unit located within each inverter’s case.

Just over a month before its release of these new inverters, Marelli also launched its wireless battery management system. Solutions such as these are crucial, because LiB systems are cantankerous beasts that require continuous monitoring and adjustment. 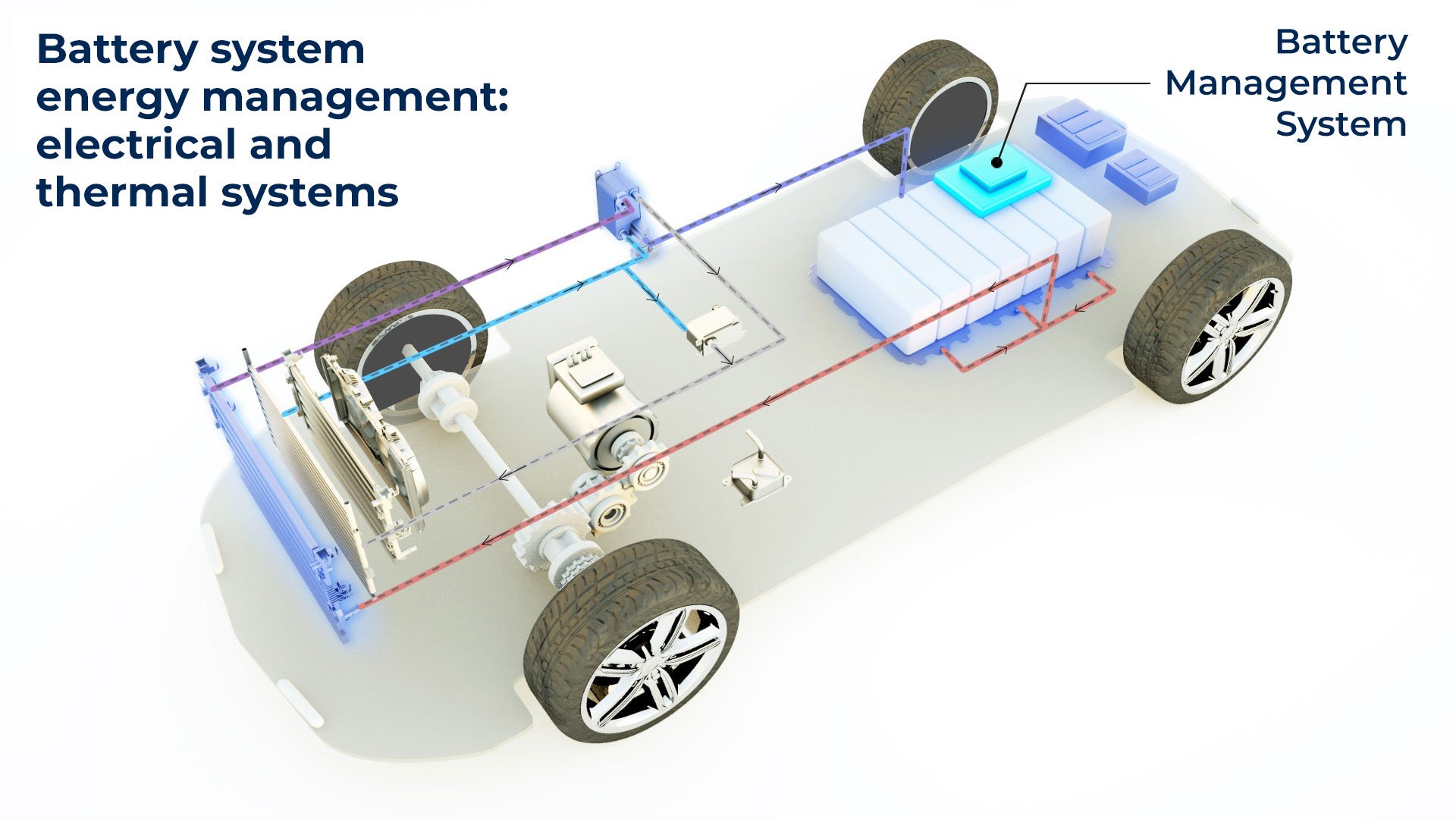 “Wireless BMS is a real game-changer for the automotive industry, eliminating the need for the battery harness, wires and connectors associated with the standard wired BMS systems,” said Panati.

The solution is built on the same architecture as Marelli’s wired offering, and is supported by two separate methods of communication and interface, the company said. As a result, it saves weight and space while allowing for greater flexibility in battery design and installation.

Marelli: A Product of the Merger of Two Giants

In a deal brokered by KKR in 2019, the Nissan-owned Japanese automotive supplier Calsonic Kansei merged with Italy’s Magneti Marelli, a subsidiary of Fiat Chrysler Automobiles (FCA), to form a parts behemoth with combined annual sales of $16.4 billion.

Owing to greater name recognition for the Italian partner in key market segments, the newly formed entity chose to operate under the brand name Marelli. The company—which grew even more prominent in 2021 with the completion of a merger between FCA and the French multinational automotive manufacturer PSA Group, through which Stellantis was born—now operates 170 facilities worldwide and boasts a staff of some 62,000.

At the Dritev Congress, Marelli emphasized its ambition to become a “Tier 0.5” supplier, which company CEO Beda Bolzenius described as “a supplier that's big and diverse enough to produce most of a vehicle if an automaker requests it” in a July 2019 article published in Automotive News.

In the auto industry, Tier 1 suppliers are noted for directly supplying car-makers with complete subsystems. They generally work very closely with only one or two auto companies.

Tier 0.5 suppliers synergize their efforts even further with the auto OEM. Marelli is looking to provide entirely integrated vehicle energy management systems, with the necessary thermal management already outfitted to the electric powertrain.

Beyond inverters, electric motors and integrated e-axles systems are all also on the company’s agenda. Marelli has as well expressed interest in a deeper foray into automated driving, which could necessitate additional merger activity, as Bolzenius sees a need for the company to incorporate “two or three more technologies" to complete the proverbial picture.