Fuji Electric has started mass production of its HPnC module outfitted with a 7th generation X-Series IGBT, targeting the railway market. The HPnC is equipped with the latest 7th-generation IGBT that boasts some of the best low-loss performance in the industry. By optimizing the structure of the package, Fuji Electric reduced the internal inductance, which interferes with high-speed switching, by 76% compared to the conventional products, resulting in low losses. An inverter equipped with the new HPnC reduces power losses during operation by about 8.6% compared to the conventional product (Fuji Electric’s High Power Module). Also, combined with the improved heat dissipation described in the next chapter, it reduces heat generation, resulting in a 19% reduction in size and a 13% reduction in weight compared to the conventional product. 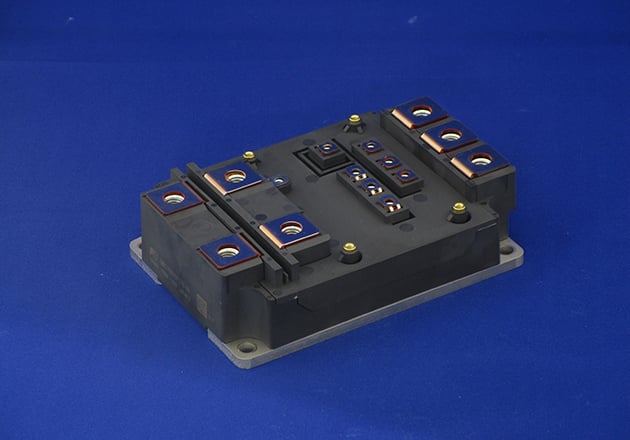 One of the main causes of IGBT module failure is the deterioration of the interfaces between the different components due to the stress caused by temperature changes during operation. Given this, Fuji Electric has changed the base plate material from the conventional composite of aluminum and silicon carbide (AlSiC) to a composite of magnesium and silicon carbide (MgSiC), thereby improving the heat dissipation and lowering the stress caused by thermal changes. In addition, the terminals of the new module are attached to the insulation substrate by ultrasonic bonding as opposed to the solder joint in the conventional module, thus reducing the failure rate. 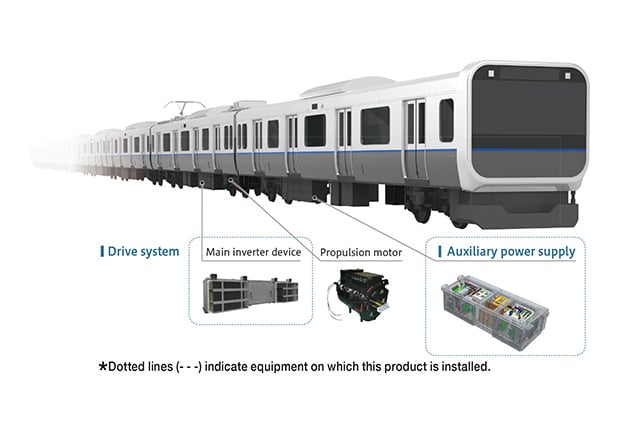 The conventional product requires three separate bus bars (conductors for electrical connection; DC+, DC- and AC bus bars) that overlap each other when constructing a circuit, making the wiring configuration complicated when using parallel connection of power semiconductors. Optimizing the terminal arrangement of this product has made it possible to arrange three types of bus bars in the same direction, easily facilitating parallel (multiple) connection of power semiconductors and contributing to improved assembly for various inverters. 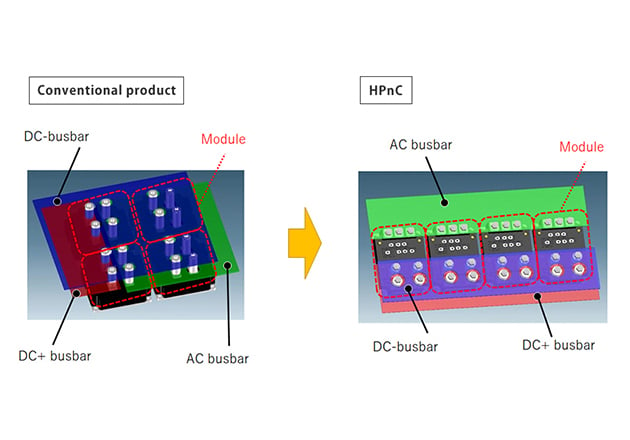