GeneSiC’s G3R 3rd Generation SiC MOSFETs are offered in low-inductance discrete SMD and through-hole packages. They are aimed at power systems requiring ultra-fast switching speeds for the highest efficiency levels and, as per GeneSiC, they offer the Industry’s Best Figure-of-Merits.

What is the Figure of Merit?

Two figures of great importance to designers using MOSFETS are:

The Figure of Merit (FOM) has been defined as RDS(ON) times QG. The FOM is a very important starting point in evaluating a MOSFET.

However, a counterpoint to FOM is offered by Chris Boyce, Senior Director for the Power MOSFETs Group at Nexperia in his article, “Optimizing MOSFETs to fit specific applications.” Here, Boyce points out that other factors, such as the reverse recovery charge (QRR), maybe more important in some situations.

He advocated for what he describes as Application Specific MOSFETs (ASFETs), or MOSFETS with different specifications chosen to best suit specific applications.

Characteristics of the G3R SiC MOSFETS

They also feature a reverse recovery charge (QRR) that stays low at all temperatures, offering a 30% benefit over competitive devices, allowing for higher operating frequencies and lower power losses.

G3R SiC MOSFETs can be driven at +15V / -5V gate drive, allowing for broad compatibility with the standard MOSFET and IGBT gate drivers of today.

As per Dr. Ranbir Singh, President at GeneSiC Semiconductor, “After years of development work towards achieving the lowest on-state resistance and enhanced short circuit performance, we are excited to release the industry’s best performing 1200V SiC MOSFETs with over 15+ discrete and bare chip products. If the next-generation power electronics systems are to meet the challenging efficiency, power density, and quality goals in applications like automotive, industrial, renewable energy, transportation, IT, and telecom, then they require significantly improved device performance and reliability as compared to presently available SiC MOSFETs.”

GeneSic provides a very comprehensive guide to G3R SiC MOSFETs. Of those listed, 14 having part numbers starting with G3R also have blocking voltages of 1200V. All are N-channel devices and some have a fourth Kelvin Source lead. 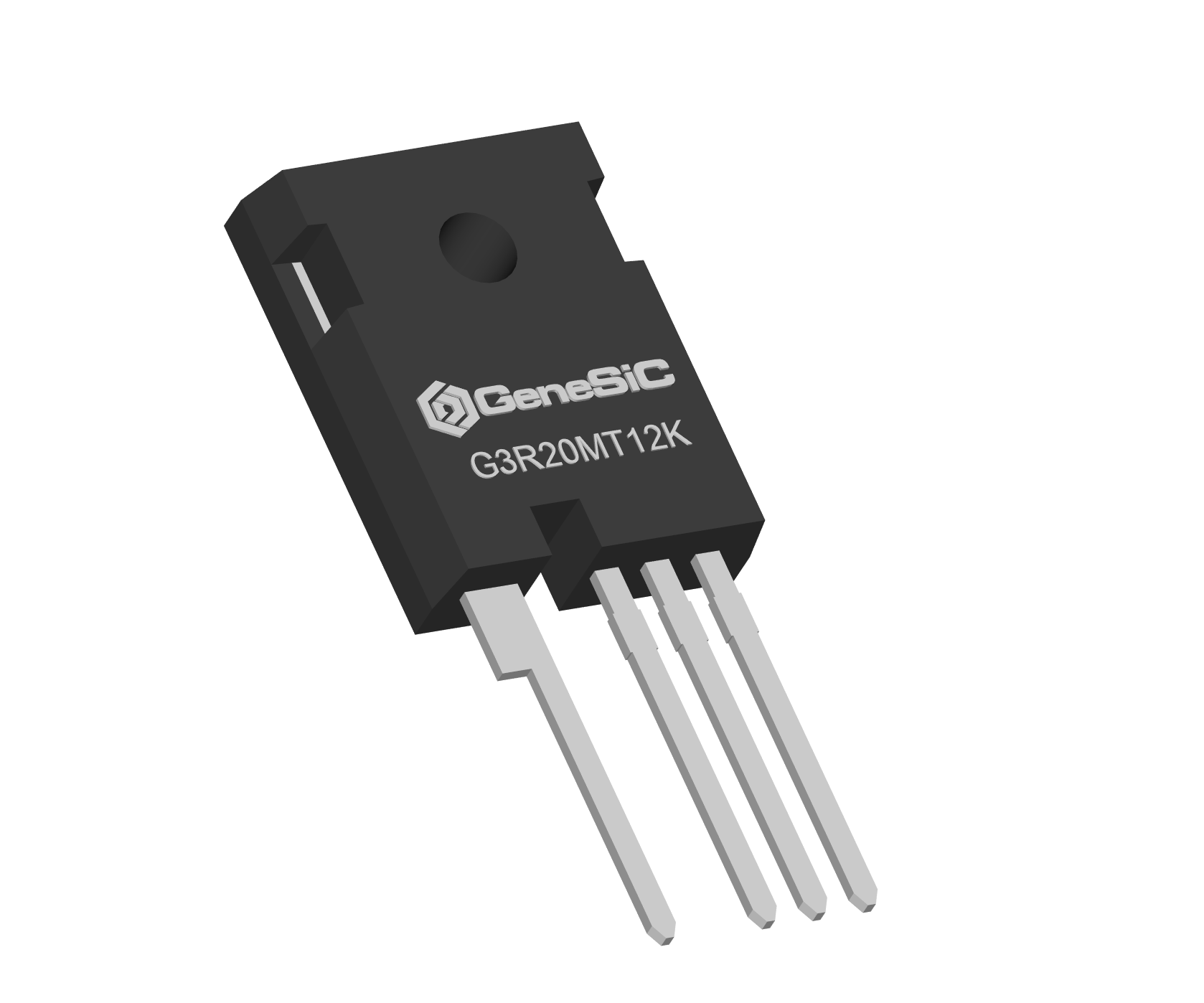 GeneSic produces a large portfolio of MOSFETs for 650 through 3300 Volts, as well as Shottky MPS diodes. There is also a strategic selection of silicon devices available. The company offers bare chip devices, individual dies separated from the wafer with no external packaging.