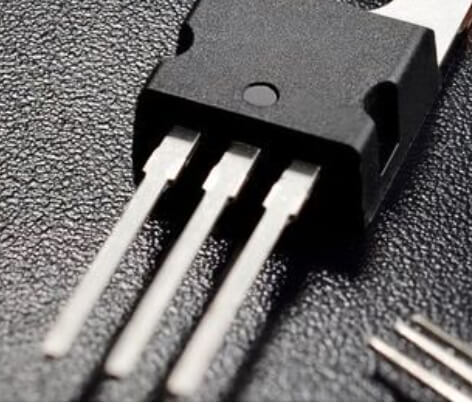 SiC MOSFET manufacturers consistently reduce the specific on-resistance of their devices by 30% to 40% with each new device generation. This trend is beneficial as a decrease in on-resistance leads to an increase in current density. As a result, the area of dies can be reduced while maintaining a given current rating, which in turn increases the number of dies per wafer and results in a greater yield.

On the other hand, silicon MOSFETs have reached their technology limit, and no further reduction of the specific on-resistance is possible. SiC offers significant room for improvement as the on-resistance of the 1200 V devices is 14 times greater than the theoretically possible value.

SiC MOSFET consists of many major fixed and dependent resistances contributing to the total MOSFET resistance. Among them, the drift resistance or n-type epilayer resistance scales with the rated voltage and is the largest resistance among all. The other fixed resistances include substrate resistance, channel resistance, and junction resistance, from where the current is forced to conduct in a narrow channel between the source and the drain.

Apart from this, there are resistances associated with the termination regions around the edges of the current-carrying area. These inactive non-current carrying areas are required to maximize the breakdown voltage and implement gate pad contacts.

SiC MOSFETs are designed with smaller gate oxide thickness and higher electric fields. As a result, SiC MOSFETs are unreliable due to high leakage currents during abnormal operating conditions.

Commercial 650 V rated SiC MOSFETs break down at 1250 V, which is in contrast with the trend of scaling down on resistance. To achieve low on-resistance, the breakdown voltage must be just a bit higher than the rated voltage.

However, derating the SiC MOSFETs to 50% of their potential voltage rating prevents SiC devices from operating at their full potential. Therefore, solving the issues of gate oxide reliability is a priority for chip manufacturers as it will help further reduce the on-resistance and the derating.