The THL 30WI is a new series of 30W, board-mounted DC-DC converters recently announced by TRACO POWER that extends the company’s portfolio of standard 1” x 1” DC-DC modules to a 30W power rating. 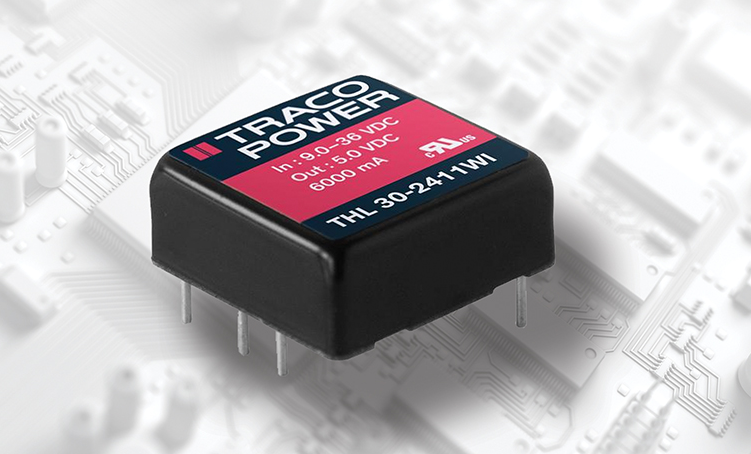 The new converter series is a flexible solution designed for a wide range of applications, including mobile equipment, instrumentation, distributed power architectures, industrial electronics, or any application that values a combination of cost, small size, and reliability.

The converter is packaged in a standard 1.0” x 1.0” x 0.4” enclosure with a through-hole pinout for easy integration into a range of potential applications. The package features metal shielding to help protect the local circuit environment from radiated emissions generated by the internal switcher.

With its high efficiency, the module can deliver a full-rated load up to 60C without derating (20 LFM of airflow) and has a nominal operating temperature range of -40C to 80C. For higher power applications or applications where heat cannot easily be removed from the environment, the THL-HS1 heat sink can clamp to the top of the module to extend its power rating over temperature.

The THL 30WI provides 1500 VDC isolation from input to output (60 seconds) and meets the latest IT safety certifications per UL 62368-1.

When operated with the THL-HS1 heat sink and 20 LFM of airflow, the ambient operating temperature of the THL 30-2410WI model can be extended from 60 C to ~ 70 C without derating. Each model within the family has its derating curve. 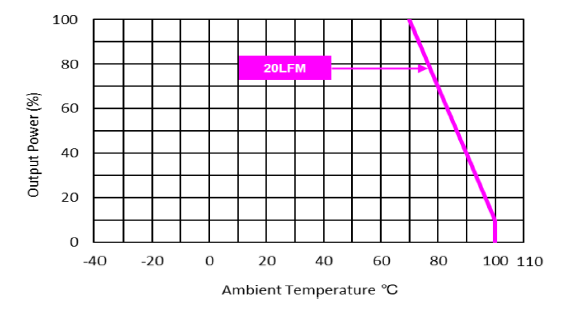 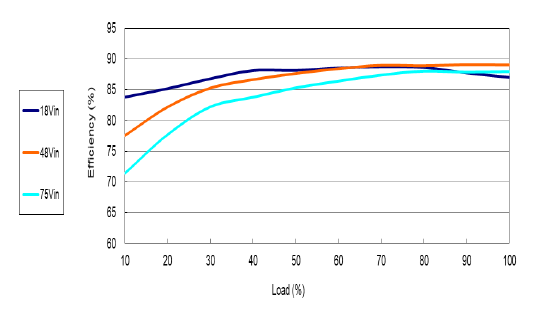 The THL 30WI series has a well-regulated output voltage with an output setpoint accuracy of +/- 1% and a variation over full load of only 2% max. Additionally, the single output models have a trim function that allows designers to adjust the nominal output voltage setpoint up to 10% higher or lower.

A trim resistor is placed between the Trim pin and -Vout pin to increase the setpoint voltage by up to 10%. Placing a trim resistor between the trim and +Vout pins allows designers to lower the nominal output voltage.

Trim tables for each single output model are provided and list the specific resistor values needed for the desired level of trimming. The accuracy of the trim resistor can make a difference with the tables specifying resistance values to the nearest tens of ohms.

Advanced Applications for the Trim Function

For applications requiring a precise, or even adjustable output voltage, the trim function introduces some interesting possibilities. With a high precision, programmable resistance function, individual units might be factory programmed to an even higher output accuracy than the standard specifications.

Or, for applications that require dynamic voltage adjustments, a microcontroller with some basic software might be used to dynamically adjust trim resistance values and output voltage, as needed by the end application.