What Is a DC-DC Converter and How Does It Work?

What Is a DC-DC Converter and How Does It Work?

Learn the basics of what DC/DC converters are and how they work.

Power electronic systems form an indispensable part of a huge share of devices we use on a daily basis. Portable electronic devices such as cellphones and laptops do not function without a key power electronic component called the converter.

Due to the vast number of sub-circuits that are present in these complex devices, there is a need to cater to varied voltage requirements that are not the same as the battery or the AC supply that powers the device. This is where DC-DC converters come in handy and offer ways to step up or step down the voltage based on the requirements as illustrated in Figure 1. 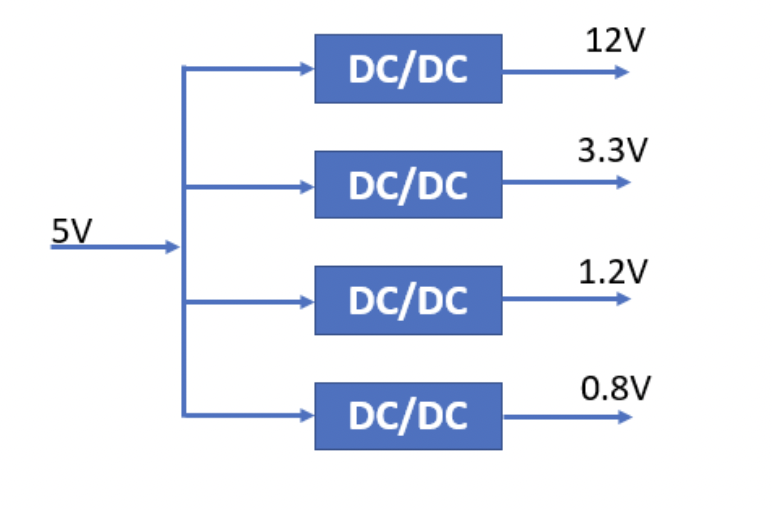 This also compensates the system when the battery voltage decreases due to energy drain, making the system more effective, cost-efficient, and compact [1]. Read on to learn more about the history of DC-DC converters, how they work, and how they help build huge systems.

A History of DC-DC Converters

However, for higher power applications, an electric motor was needed to drive a generator of suitable voltage. Such processes turned out to consume a lot of time for setup procedures, involved exorbitant costs, and were less efficient overall.

With the rise of semiconductor devices and integrated circuits, the conversion circuits could be designed and implemented effectively as the components were compact, economically viable, and accessible. The biggest advantage was the ability to design energy-efficient processes using solid-state switch mode conversion as opposed to age-old methods that dissipated excess energy in the form of heat.

What Is a Power Converter?

A power converter is a device that converts one form of energy into another on a continuous basis. There are several such devices available with varying degrees of complexity, reliability, and performance [2]. Also, power conversion mechanisms can occur in various forms including mechanical, chemical, and electrical processes.

For applications in power electronic systems, converters capable of performing energy translation dynamically using electrical processes are preferred. The components typically employed for this purpose include switches along with passive components like inductors, capacitors, and transformers. The use of resistors is avoided in order to reduce possible power losses. The way these components are interconnected depends on the desired method of power translation.

A DC-DC converter is an electronic circuit that facilitates the conversion of direct current from one voltage level to another based on the requirements. This electric power converter is capable of operating at a wide range of power levels from very low power, such as in the case of batteries, to very large power, such as in the case of large-scale high voltage power transmission systems.

Some sample DC-DC converter circuit finished products are shown in Figure 2.  A DC-DC converter can efficiently produce regulated voltage from a source that may or may not be controlled to a constant or variable load, thus ensuring proper system regulation in addition to the desired voltage level change. 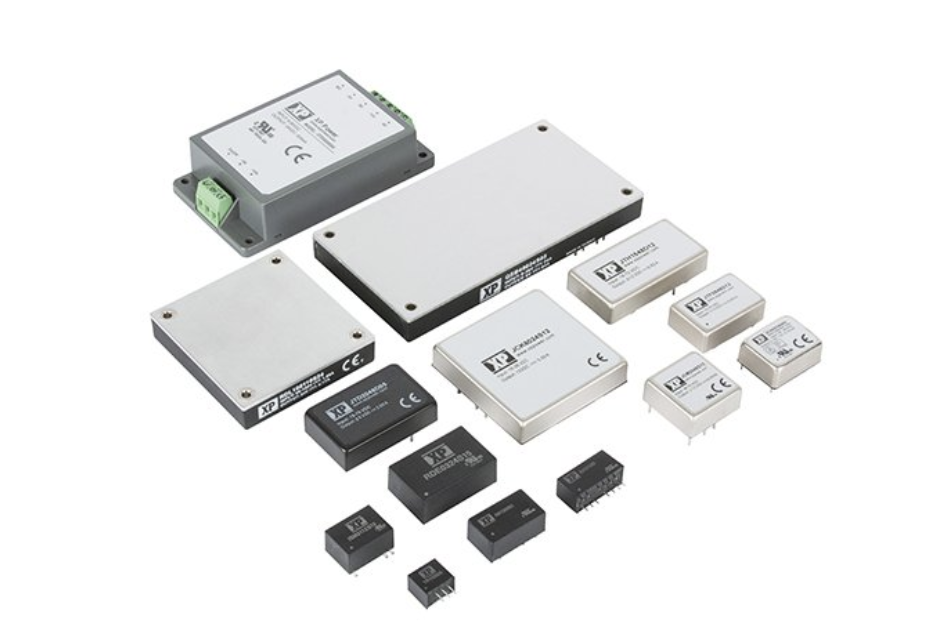 Depending on the application, a converter circuit might consist of only one switch, one inductor, and one capacitor or could be complex due to the use of multiple components integrated into a particular fashion to achieve the desired power conversion.

The DC-DC converter circuits employ high-frequency power conversion using switches and other passive components to eliminate the switching noise thus regulating the output voltage. The arrangement of the energy storage elements is determined by the step-up or step-down requirement and the application in hand.

The DC-powered oscillator can be used to drive a simple diode-capacitor voltage multiplier network, a flying capacitor voltage converter, a diode-steered charge pump, or a step-up transformer along with a rectifier network [3]. These are the ways in which most of the electronic DC-DC converters operate.

The basic idea behind the operation of a DC-DC converter circuit is that the inductors and capacitors employed in the circuit should form a low-pass filter network in some manner. This helps to minimize or eliminate the possible superimposition of AC ripple or other components with the output voltage formed due to switching action.

Next up, learn about DC-DC conversion principles!