Supercapacitors have been around for decades, offering a longer lifetime and less maintenance than their lead-acid battery counterparts and powering applications

Supercapacitors have been around for decades, offering a longer lifetime and less maintenance than their lead-acid battery counterparts and powering applications that require bursts of power or short-term bridge power. As technology progresses, higher voltage modules have become available, opening opportunities for additional application integration.

EE Power recently met with Nick Stone, Product Manager of Supercapacitor Modules at Eaton, to discuss the history and future of supercapacitors, their best uses, and how the technology is expanding into new markets.

What are supercapacitors and how do they fit into electronics design?

Supercapacitors, also referred to as ultracapacitors, are rechargeable electrical energy storage devices that store electrical energy like how you would think of a battery. However, storage in a supercapacitor occurs electrostatically on two parallel electrodes separated by a separator. This creates a cell construction called an electrical double layer capacitor with capacitances up to a few thousand farads.  In terms of fit, wherever there is a need for burst/boost power or short-term backup/bridge power in electronic or electrical circuits.

Supercapacitors have been around for a while. What is shifting in the supercapacitor arena to bring them back to the forefront?

I’d say the size and scale of the applications in which they are now becoming cost-effective to be applied. Previously, most supercapacitor conversations have been limited to printed circuit board applications just based on the products available; however, with new large cells with our largest now reaching 3.0V and 3000F, we can take those cells and assemble in higher voltage modules. 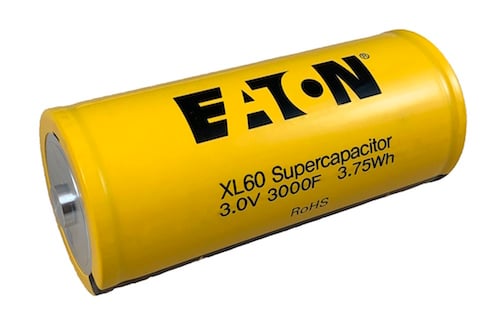 These modules can easily be integrated into high power systems such as large 3-phase UPS, electrical equipment for grid services and commercial xEVs. How supercapacitors are optimally used remains the same: burst backup and short-term bridge power, but now used in systems measured in MW. 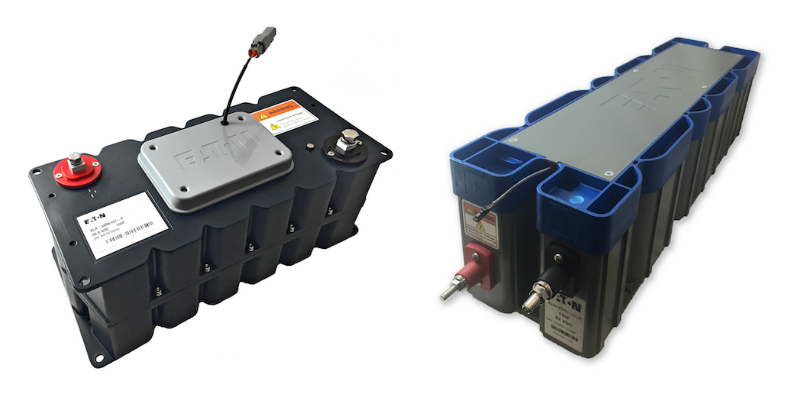 What benefits do supercapacitors offer over traditional lead-acid batteries?

When comparing at this large scale, the longer lifetime, maintenance free and high efficiency create a lower total cost of ownership compared to traditional energy storage solutions. Also, depending on the application, the high-power density of supercapacitors can help lower the up-front costs by reducing energy storage oversizing that sometimes occurs for shorter run time requirements, such as less than a minute.

With all those benefits, where are you seeing resistance in the adoption of supercapacitors?

I don’t want to say a lack of awareness, but perhaps an update on the economics or advantages of using supercapacitors in all applications. While still not having the energy density of the latest battery chemistries, there are still many applications that make sense for supercapacitors and that continues to grow.  Manufacturers that help end users apply the technology, from integration support and cell packaging to optimized sizing will best position themselves to provide the most cost-effective solution. Eaton is dedicated to doing just that in this space.

How has the manufacturing and production of supercapacitors changed over time? What advances in the materials and construction methods have you seen?

At the cell level, this has been the continual improvement in energy density. The most recent advancement is the increase in voltage per cell. For many years, most manufacturers offered a maximum of 2.7V per cell for cylindrical and large cells. Manufacturers, including Eaton, have released reliable 3.0V technologies in multiple footprints. Additionally, higher capacitance solutions help increase energy density as well. A combination of these two features is helping to be a more cost-effective technology.

I think there are two areas that will see an increase in adoption. The first being larger, high power electrical distribution and transmission-like utility or grid services and 3-phase UPS systems. The second is in the transportation segment such as passenger and commercial vehicles, but also traction and third rail environments. With larger cells, it makes it more economical to use supercapacitors in this higher power distribution space. The electrification in transportation is expanding the applications in which supercapacitors are ideally suited. Wide operating temperatures, high reliability, high power density and long lifetimes offer unique benefits for engineers.

What are the unique challenges of adoption in those areas?

What needs to happen for supercapacitors to be adopted on a larger scale?

Continuing to improve the economics around development while maintaining high reliability and long lifetime. This can be from a technology standpoint or helping to make it easier to integrate supercapacitors in the expanding application set. All of this needs to be done while maintaining the high power density, long lifetime and inherent reliability that supercapacitors are already known for.