The accelerating speed of innovation is driven by changing habits and reset priorities due to the pandemic. Vicor’s experts present examples, where existing trends will significantly accelerate and place greater stress on the use and development of efficient, compact, modular-based power delivery networks (PDNs).

Transportation has been among the hardest hit by the global pandemic. Fewer people are commuting and traveling long distances. The Automotive industry has seen a rapid decline in sales, and forecasts show this slowdown extending well into 2021. Manufacturers have responded by placing increased focus on growth segments, specifically electric vehicles. While they have cut back development on traditional cars, they are moving ahead with EV developments focusing technology that delivers competitive advantage. While there are fewer commuters, surveys show that people feel much safer using their own cars rather than using public transportation. Consequently, we believe this will accelerate the need for cost-effective electric vehicles, so the trend to replace 12V PDNs with 48V PDNs will significantly accelerate with the increased focus on deeper investment into EV development.

2021 will see more 48V battery systems, particularly in mild hybrids, as manufacturers add active suspension, rear wheel steering or antiroll stabilization systems. Supporting this move, more 48V systems will need to convert down to 12V to support car safety, comfort, infotainment, and navigation systems. In addition to enabling lighter cabling or delivering higher power, the conversion from the high-voltage batteries in HEVs and EVs is more efficient when the step down required is reduced by increasing the voltage to 48V. Primary battery voltages used to power EVs and HEVs will also increase in voltage with 800V becoming much more common allowing faster charging time. These changes demand a new class of power components to create the power distribution network within next year’s automobiles. With 400V and 800V based charging stations being deployed, vehicle compatibility with any station requires simple and efficient conversion between the two voltages. The NBM6123 provides 6kW of 400V and 800V fixed-ratio conversion in a 63 x 23mm CM-ChiP package, enabling a high-efficiency and high-density scalable solution for battery-to-charger station compatibility. The bidirectional capability of the NBM6123 allows the same module to be used for either step-up or step-down conversion. In addition, the NBM6123 can also be used to provide a 400V source for air conditioning and cabin electronics during 800V charging, minimizing battery balancing circuitry.

New 48V based power delivery networks need to support legacy 12V loads with increased power requirements and new drive, steer and brake-by-wire high power systems. Providing increased power at 48V with a growing number of loads requires high-density modules versus larger and bulkier discrete solutions. Vicor offers several modules for power delivery from 48V. These devices include fixed ratio and regulated converter solutions that support both 48V and 12V loads. These converters can be contained in a single housing or be deployed throughout the vehicle leveraging a smaller and lighter 48V power distribution network. DCM and PRM modules provide 48V to 12V and 48V to 48V regulated outputs, respectively. The NBM provides either 48V to 12V or 12V to 48V bidirectional, fixed ratio conversion.

Data centers were already growing at a rapid pace, but the pandemic has accelerated data center demands beyond previous forecasts and will continue as a permanent increase even after the coronavirus has abated. More people are working at home, more students are attending school at home, and with fewer options for leisure time outside the home, more people are streaming videos and playing on-line games. We have experienced how critically reliant users are on the datacenter metropolitan backbones enabling todays telecommunications infrastructure. In 2021, the quest for more power efficiency in the datacentre will step up a gear where we believe not only will the datacenter industry purchase more renewable energy than in previous years, but we anticipate more datacenters moving away from Alternating Current (AC) in favor of Direct Current (DC) infrastructure solutions to better cope with the massive increases in power demands of high-performance computing.

This rapid and unanticipated acceleration in demand is outpacing the ability to expand physical capacity in data centers; therefore, data center operators will need to pack more capacity into the existing rack space. That has significant implications for power delivery. Being able to deliver power more efficiently and within the same rack footprint with excellent thermal management is more essential than ever. AI, cloud and big data are driving demand for much higher processing power resulting in far higher energy consumption and higher currents, which in turn lead to increased losses of electricity due to power conversion and transformation processes. A third area for significant change in power innovation within the Datacenter will be in terms of power delivery and power efficiency at the cabinet and rack level to deal with the increased computing power (multiple exa-FLOPS) needed to enable the cloud, AI and big data applications.

A more efficient way to manage power is to increase the voltage within these systems and to use direct current either after alternate current rectification or directly from a source of renewable energy. The task of conversion of the high voltage (usually 260 – 410 V DC) to the values used at the input of modern computing units (12V or better 48V) could be performed by bus converters. We believe that system designers will use more of these innovative architectural solutions, such as Factorized Power Architectures (FPAs), and efficient converter modules to shorten the distances between the high current supplier module to the point of load (PoL), to lower PDN resistance which will minimize power loss in future supercomputing applications. Several major high-performance computing (HPC) manufacturers, such as Nvidia who was recently been listed in the #1, #3, #4, and #5 spots on the ‘Green 500 list’, have moved over to this approach in effect turning the datacenter green from the inside out. Military and Aerospace – The big three drivers of change for 2021 will be the pandemic, hypersonic missiles, and asymmetric warfare by Teo DeLellis, Vicor’s Business Development for Aerospace.

As a result of the massive investment to combat Covid 19, governments around the world have had to reprioritise and shift economic support to help communities, businesses and citizens deal with the impact of the pandemic. A recent study by Janes in June 2020 highlighted that defence spending is down among NATO’s top European spenders. Consequently, as we enter 2021, there will be incredible fiscal pressure on governments to redirect funds away from traditional budget strongholds, such as defence, to shore up national economies, social welfare and other important endeavours.

This shift is in direct contradiction to the geopolitical pressures of rising nationalism on many levels. An example of this is Sweden’s decision to increase military spending by 40% as tension with Russia grows.

We believe that technology and innovation will need to pick up the shortfall between these contradictory pressures enabling governments to do much more with less while maintaining military readiness with new digitally enabled technologies. In the U.S., the hypersonic missile threat from Russia and China has kicked both our missile defence and offensive missile programs into a higher gear which will result in innovation first envisaged as 5 years away to happen this coming year. Asymmetric warfare which will also be an important driver of change in 2021 as the “drone swarm” attack scenario puts high value targets at risk from low value drones, and taking out a $1,000 drone with a $100,000 missile is not sustainable. This will drive technological advances like integrating AI more into defence systems and deploying lasers to deal with the rise of drone swarms more effectively. Drone technology will continue to dominate the landscape of reconnaissance as power supply technology will help missions to go further and longer than before. Robotics – European Drone and robot sightings set to reach 747 Million in 2021 by Henryk Dabrowski, VP Sales for Vicor in EMEA. By the end of 2021, for every woman, man and child in Europe there will be at least one sighting of a delivery robot or drone on its way to dropping off a package or disinfecting public spaces as a part of our fight against the pandemic. Robotics will also see significant innovation acceleration as businesses look to robotics to safely engage with customers and perform tasks without exposing people to the coronavirus. To meet demand, robotics developers will need to leverage existing designs, treating them as platforms, rather than trying to develop new robots from the ground up. Scaling platforms will require power scaling to meet different sizes and capabilities of robots. A modular, scalable approach to power delivery will be critical to meeting this challenge.

One of the key factors to expanding automated delivery services will be range and weight of the robot or drone. Vicor enables designers to lighten their drones for performance and manage power in such a way that the drones can fly further and more reliably than ever before. We predict that denser populations in Europe’s cities will see many more bots than drones, while more remote areas such as Alps will see more drones help with crisis issues and delivery of vital medical supplies, while heavier deliveries will be supported by autonomous trucks. In Europe, Tescos, Amazon, DHL and UPS have all began trials with delivery drones and we see the recent pandemic as the tipping point to push retail towards a complete digital transformation. The convenience of home delivery that people have become accustomed to during lockdown will mean that in-person shopping at your favourite store or supermarket will not return to pre-pandemic levels. The use of robots rolling around the streets, and drones in the air will enable retailers to provide deliveries at even lower cost. In China, drones have already begun deliveries to remote parts of the country, and we see accelerated progress with logistics companies achieving permissions from national flight authorities to allow for retail air travel via drone. 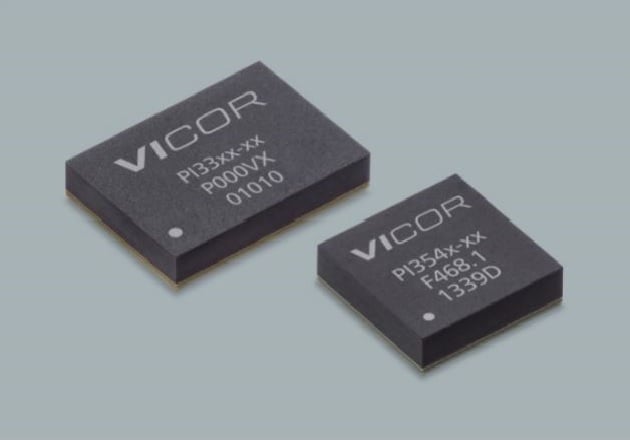 Nicolas Richard received his Master of Science degree in the Field of Electrical and Telecommunications at ESIEE-Amiens, école d'ingénieurs, then MS in Electrical Electronics Engineering at Universidad Pontificia Comillas. He worked as a director automotive business development at Vicor.