As electrification grows and the electrical power grid becomes increasingly important to society, its security has come under increasing scrutiny. Changes to the grid, including the adoption of more distributed energy resources (DERs) such as wind, solar, and battery storage have made the system more vulnerable to physical attack, while greater automation and computer control of grid systems leave them susceptible to cyber-attacks. 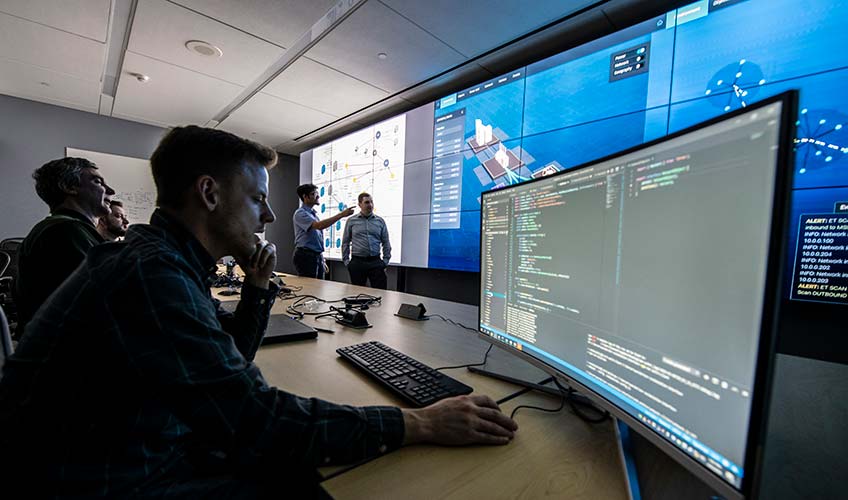 When more electric vehicles (EVs) also depend upon the grid in the coming decade, our transportation systems also could be at risk.

The National Renewable Energy Laboratory (NREL) has developed a tool called the  Hybrid Intrusion Detector for Energy Systems (HIDES) that can help to detect anomalies in the grid operation and determine if the operational technology (OT) network that makes up the grid is under physical or cyber-attack.

OT is the actual hardware and software that monitors and controls industrial equipment and systems. The logged data from the HIDES system is interpreted by a tool called IViz-OT that decrypts the information so it can be more easily understood and acted upon by grid operators.

Meeting Cyber-Security Requirements of IT, OT

NREL had determined that most existing cyber-security systems are designed around information technology (IT) applications that won’t necessarily work on OT-based networks such as power grids. A tool was needed that could provide visualizations to create defensive strategies against cyber and physical attacks. Using information from the grid and network data, IViz-OT can provide real-time readouts of threats and grid health to the system operators.

At present, 90 percent of the U.S. power infrastructure is privately held. This makes utilities and grid operators primarily responsible for keeping their systems safe from the risk of attacks. Those attacks, although often not reported to the public, are becoming more frequent.

Cyber-attacks disrupt energy production and transmission, damage equipment, and can ultimately threaten the health and safety of the public. Federal national laboratories including NREL have, as part of their mission, the goal of aiding private sector power and transmission companies as they work to protect power grids.

To test the IViz-OT and HIDES tools, NREL has used its  NREL cyber range. The facility can simulate electric power systems and safely subject them to disruptions and attacks. With devices to emulate hardware such as  EV chargers, power inverters, metering systems, and DERs, engineers can use the IViz-OT tools to determine how the system would respond to a real attack, and what steps could be taken to respond effectively. 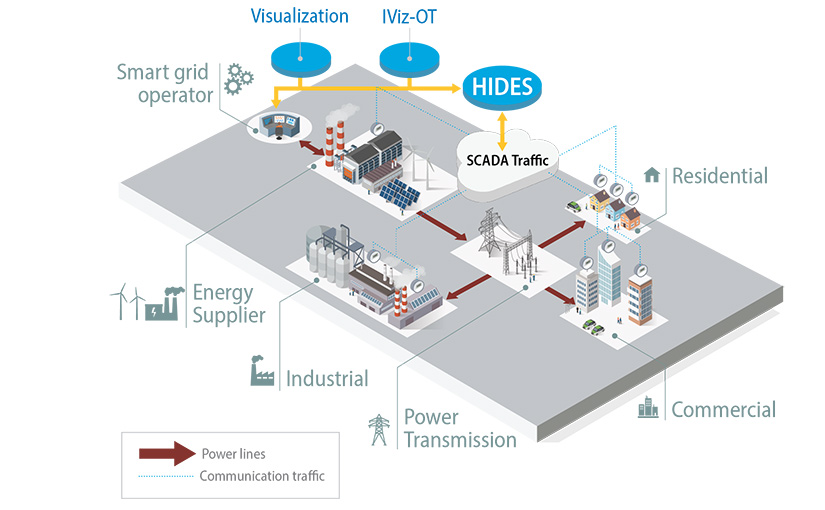 The Cyber Range provides connections to more than 20 megawatts (MW) of system hardware, and where possible uses actual devices to reduce the potential for modeling errors.

With 11 U.S. states and at least 200 U.S. cities planning to be using 100 percent renewable energy by 2050, the need to understand and control the risks becomes ever greater. It isn’t just heating, lighting, and climate control that are directly affected—by 2035 nearly 100 percent of new vehicles sold in the United States will be electric.

If we are to maintain any sort of reliable power generation and transmission, the steps being taken now to ensure cyber-security for power grids will be critical. NREL says IViz-OT is ready now for licensing and deployment to help protect existing and future power grids.