Since quite some time, Silicon is still the workhorse of the electronics industry, but semiconductors with a broad bandgap (WBGS) are already winning ground

Since quite some time, Silicon is still the workhorse of the electronics industry, but semiconductors with a broad bandgap (WBGS) are already winning ground in certain applications faster and faster. For instance Akhan Semiconductor concentrates on the diamond technology. Diamond is unmatched in its ability to diffuse heat, perform as a semiconductor, and create smaller and more powerful electronics.

Henning Wriedt: Mr. Khan, where do Wide Band Gap Semiconductors (WBGS) have their place in the semiconductor technology field and on the application side?

Adam Khan: Wide Band Gap Semiconductors have the potential to address nearly the entirety of the materials and device components of the global semiconductor market but perhaps nowhere more imminently than power electronics.  Any user of technology understands heat is a major issue where cellphones, laptops, tablets, and the like, are warm to the touch even after limited usage.  The performance demands of consumer technologies have forced the approach of the physical limitations of the existing silicon based technologies.

Henning Wriedt: Which are the current WBGS-Materials?

Adam Khan: The existing WBGS materials such as Silicon Carbide and Gallium Nitride have been in extensive development since the 1980s & 1990s, respectively, and have seen traction in power electronics applications, such as high voltage switching and power inverter systems, as well as wide usage in optoelectronics applications (such as LED in the case of Gallium Nitride).

Henning Wriedt: Which are the most important specifications of WBGS compared to other semiconductor materials? 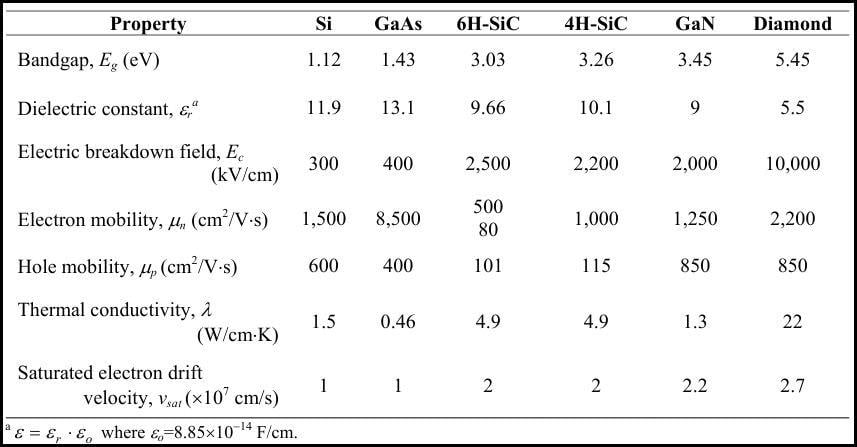 Adam Khan: WBGS materials can operate at higher voltages, higher frequencies, and power densities as compared to silicon, allowing more power to be delivered using smaller and simpler components from fewer chips. Also unlike Silicon, they can both operate at higher temperatures and dissipate heat more efficiently, where diamond has the highest thermal conductivity. This enables cost efficiency, energy efficiency, and the next generation of design capability for semiconductor.

Henning Wriedt: What are the pros and cons of the current WBGS?

Adam Khan: Despite higher processing temperatures (700C) and dependence on costly substrates, the long maturation Silicon Carbide based technologies have made it the cheapest of the WBGS materials.  Silicon Carbide is currently utilized in power devices, and is starting to play an important role in electric and hybrid electric vehicles (EV/HEV) markets due its higher operating temperature at higher voltages.
Less mature than Silicon Carbide, but more so than diamond, Gallium Nitride devices have had widespread deployment in primarily LED, but also Radio Frequency and high power electronics primarily due to the materials direct bandgap and high-frequency performance.  Despite its advantages, Gallium Nitride materials remain more costly than both nanocrystalline diamond and Silicon Carbide with restrictions on large area wafer availability.
Diamond shows the best theoretical performance of all WBGS exceeding the performance capability of the competing materials by several orders of magnitude. Advances in synthesis and semiconductor doping have since opened the materials capability to address current and emerging market needs, but as it is the least mature of the WBGS materials, the availability of component devices is presently limited.

Adam Khan: Very much so. From the design perspective, WBGS materials are capable of faster switching speeds as compared to Silicon which allow for higher frequencies of operation translating to faster clockspeeds for logic circuits.  More importantly perhaps, diamond is capable of direct integration with the existing silicon based chips, allowing direct cooling of chip junctions and increasing the performance capability of the existing silicon based circuitry.

Henning Wriedt: Do the R&D community and the Government support the WBGS technology adequately?

Adam Khan: More recently, there has been a marked increase in the grants supporting programs involving WBGS materials amongst the various U.S. based agencies.  Further, with ambitious efforts on the part of the U.S. Department of Energy through programs like the Power America Initiative and the Materials Genome Initiative, the public sector R&D climate is very supportive. 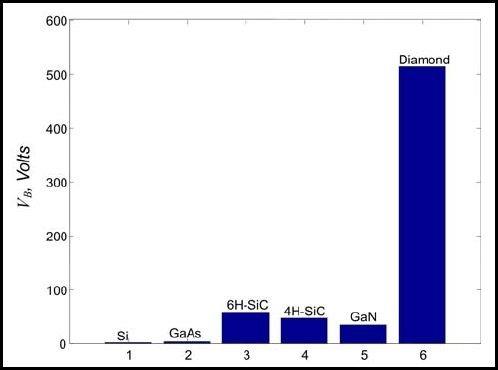 Henning Wriedt: What are the manufacturing and integration aspects of this platform?

Adam Khan: AKHAN has recently entered the marketplace with its innovative thermal and optical Miraj Diamond™ products, with pilot commercial scale manufacturing capability of our initial product line with licensing product availability for vertically integrated/ high volume customers.  The platform is currently compatible with 200mm process lines, normative to power electronics wafer sizes.  Further the platform can be directly integrated with existing Silicon and a variety of Glass substrate processes.

Henning Wriedt: Your company is based in Illinois - no need to move to the Silicon Valley?

Adam Khan: The Illinois innovation ecosystem is rather unique as it possesses an existing skilled and largely untapped labor force--the byproduct of having two national laboratories, several world-class universities, and prolific technology companies such as Motorola. The state itself has also been supportive of AKHAN’s efforts-- recognizing the importance of advanced materials manufacturing and the resultant creation of S.T.E.M. jobs-- crafting an incentive package totaling over $5 million (USD). The company does maintain a remote presence in Silicon Valley with both myself and the company’s CTO, Bill Alberth being based out of our San Francisco office.

Adam Khan is the Founder and the Chief Executive Officer of AKHAN SEMI. Previous to AKHAN SEMI, Mr. Khan studied both physics and electrical engineering at the University of Illinois at Chicago before pursuing research at the graduate level at Stanford University’s Stanford Nanofabrication Facility (SNF).