Could Iron Be the Solution for Renewable Energy Storage?

Could Iron Be the Solution for Renewable Energy Storage?

Operating for four years in virtual secrecy, Form Energy in 2021 shared publicly its efforts to develop an affordable, long-duration battery storage technology using iron, one of the most abundant elements on earth. The company in October 2022 announced it is raising $450M of funding from existing and new investors, including Bill Gates’ Breakthrough Energy Ventures, to commercialize its battery technology.

As the global economy looks to decarbonize, reliable and cost-effective energy storage solutions are widely recognized to require fully leveraging power generation from intermittent renewable sources such as wind and solar. Energy storage is essential to make sure grid supply can meet demand during times when renewable energy sources can’t keep up.

To date, typical battery technologies, like lithium-ion used in electric vehicles, have not been economically viable for wider adoption in longer-duration renewable power storage. With its new approach based on Iron-Air, Form Energy is looking to change this. 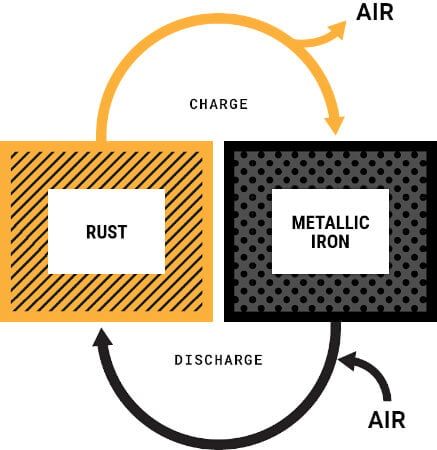 How the Iron-Air Battery Works

The Iron Air battery uses the chemical oxidation of iron that forms Fe(OH)2, commonly referred to as rust, to store and supply electricity. During discharge, oxygen enters the battery through the air electrode (cathode), and hydroxide ions are formed in the water-based electrolyte. These hydroxide ions interact with iron in the anode to form Fe(OH)2, releasing current-generating electrons. During the charge cycle, hydroxide ions travel from the iron anode to the air cathode with the electrons reacting with the anode rust to reverse the oxidation process and reform it to its original iron metal. 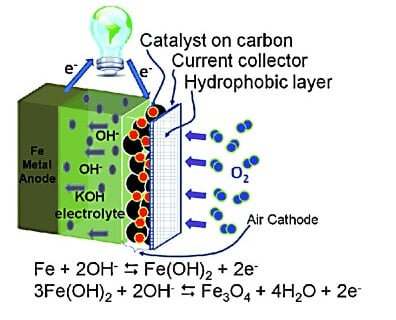 Li-ion batteries continue to be an effective energy storage solution for renewable projects, but these batteries can only deliver their rated power for up to four hours before becoming cost-prohibitive.

According to analysts, the nickel, cobalt, lithium, and manganese materials used to manufacture Li-ion batteries can cost anywhere from $50 to $80 per kilowatt-hour of storage.  Conversely, Form claims the materials used in its iron-based battery will only cost $6 per kWh, with a fully manufactured cost target of $20 per kWh. At this price point, long-duration energy storage combined with renewables becomes more cost-competitive with carbon-based sources such as coal, oil, and natural gas. Of course, you would not want an Iron-Air battery powering your EV!

Long-duration storage is generally defined as any store of electricity that can deliver rated power for 10 hours or more, which does a better job of covering base load gaps when intermittent renewable sources lag due to a lack of sun or wind. As the percentage of grid electricity supplied by renewables increases, so does the need for longer-duration storage.

The challenge for long-duration solutions has been cost. Hydro is a major grid energy storage solution and relies on pumping water to a higher-level reservoir during periods of power surplus, but these projects can involve large construction costs and may not be a viable option for many renewable projects. The Iron Air battery could be one of the first cost-competitive, long-duration battery storage solutions for renewable energy generation, filling the gap left by shorter-duration, Li-ion based storage. 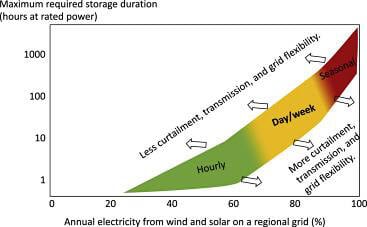 Form Energy was started in 2017 by battery industry veterans with connections to the Massachusetts Institute of Technology. The first concepts were little more than science projects that validated the basic concepts of the battery, followed by larger-scale prototypes built in their Somerville, Massachusetts laboratory.

The first commercial product will be a battery capable of storing electricity for 100 hours at costs competitive with existing electricity generation. Battery modules will be about the size of a typical washer-dryer unit and will comprise 50 one-meter-tall cells. Grouped together in environmentally protected enclosures, larger power blocks can be formed from multiple modules with the ability to scale these blocks, at the system level, to an energy density of more than 3 megawatts per acre of land.

The company will use its recent funding to build a commercial-scale manufacturing facility with production targeted for late 2024. 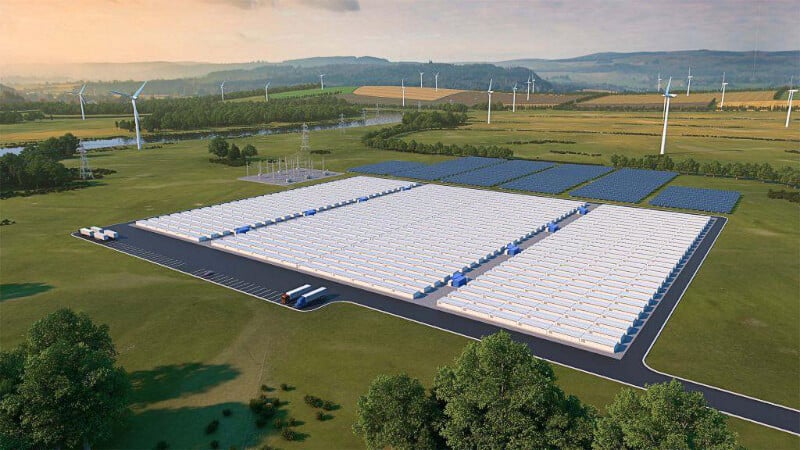 Counting the recent Series E funding, Form has received more than $800 million of external investment, an enormous sum for a company that does not yet have a commercial product. Of note, the recent funding round was led by a strategic investment from steelmaker ArcelorMittal, one of the largest iron-ore suppliers in the world.
Significant technical and commercial challenges remain before the company can deliver on the promise of affordable, long-duration energy storage based on iron. The Iron-Air battery will be competing against a bevy of other solutions targeting long-duration storage including competing battery technologies, alternative energy storage solutions using water or air, and carbon capture technologies that seek to make oil and coal emission-free. ESS Inc. is a direct competitor developing an iron flow battery based on similar concepts to the Iron-Air battery.