An Overview of Energy Storage Systems and Their Applications

An Overview of Energy Storage Systems and Their Applications

This article will describe the main applications of energy storage systems and the benefits of each application.

Methods of managing the electrical system will need to be modified in response to changes introduced by renewable energy generation.

An energy storage system can provide relevant support to the electrical system for the integration of renewable energy sources.

This application is quite common and it is one of the main applications already operated by traditional pumped-storage hydroelectric plants. It consists of “buying” energy when the market price is low (by absorbing energy from the grid, ie: charging the batteries or moving the water on the top reservoir in case of hydroelectric pumping) and selling it when the market price is higher.

The benefits of this application are not strictly related to the economic advantages of selling energy at higher prices. Indeed this “energy moving” contributes to increasing the energy demand when it is lower and decreasing it when higher. This leads to so-called “peak shaving,” reducing the impact of the peaks in both generation curve and load curve, resulting in a “smooth” curve shape. This is then easier to predict and easier to manage.

Figure 1.  An example of Peak shaving.

A similar application would be to compensate for the energy fluctuations of renewable generators, due to intermittence of the primary source, in order to achieve a more regular generation profile easier to predict.

Voltage control is a crucial point of an electrical energy system, usually achieved by the reactive power regulation on each generator. This service could be performed by an energy storage system.  The voltage control performed by the energy storage system can also fall into the application category of “power quality” as it is very useful to increase the quality of the service provided by the distributor system operator 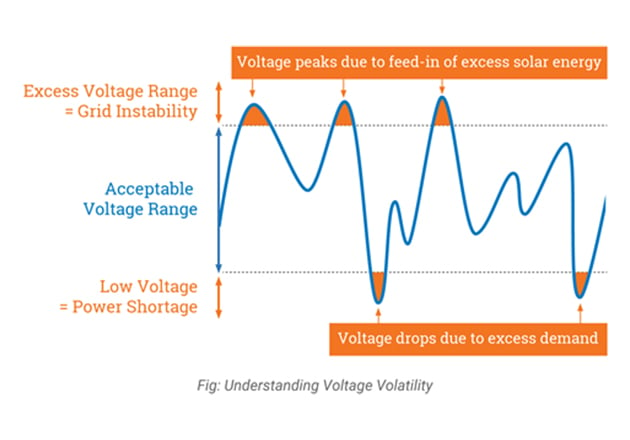 Figure 2. An example of Voltage variation out of standard range. Image courtesy of Planetarkpower.

Frequency fluctuations can occur when an electrical system’s generation is not matched to the load.  These variations are mitigated by a complex control system in which energy storage systems can easily operate, particularly those with a quick response time such as pumped-storage hydroelectric systems or electrochemical systems.

When network portions subject to power transfer are close to their maximum power limit, the energy storage system can be operated to “cushion” this power transfer, without stopping generators and with no need to apply further investment on the electrical network.

For the portions of a network subject to a possible blackout, the inconveniences arising from it can be reduced by using an energy storage system, which could supply enough power to the users affected by the black-out. The ESS could be also used in case of a general blackout for the re-starting of the entire electrical system.

The benefits of a battery energy storage system include:

In the next article of this series, we will discuss the main battery technologies for a battery energy storage system (BESS), the composition of a BESS, and the possible integration of a BESS into a photovoltaic plant.