The Impact of Fuel Cells on Power, Costs and Environment

The Impact of Fuel Cells on Power, Costs and Environment

This article discusses the impact and improvements that can be brought about by fuel cells on the industry as well as on the environment.

Adapting to a Changing Landscape

In the last few months, the world has seen significant changes – new heads of state in several countries; Britain’s exit from Europe; shocking terrorist attacks and cybercrime of international proportions. Why do I mention these things? Because they all have an impact on our utilities markets and demonstrate how integral our industry is to the health of our nations.

Due to strict regulation in many countries, utilities have been required to invest heavily in their operations at a time when electricity sales are generally flat or in decline. That’s not to suggest that these utilities aren’t profitable, but it does add an additional layer of complexity to their businesses.

In North America for instance, Obama’s Clean Power Plan saw considerable amounts of money spent on renewable energy sources such as solar and wind. There was also additional pressure placed on utilities to meet a new set of governmental standards, but with President Trump’s recent decision to remove the US from the Paris climate agreement, the impact of this decision is not yet clear.

Add these challenges to more fundamental initiatives to upgrade and better balance the grid, utility businesses of 2017 have significant challenges to meet. What’s more, the introduction of smart meters and a new consumer awareness to energy consumption has led many leading utility companies to investigate new innovative technologies to support their businesses. 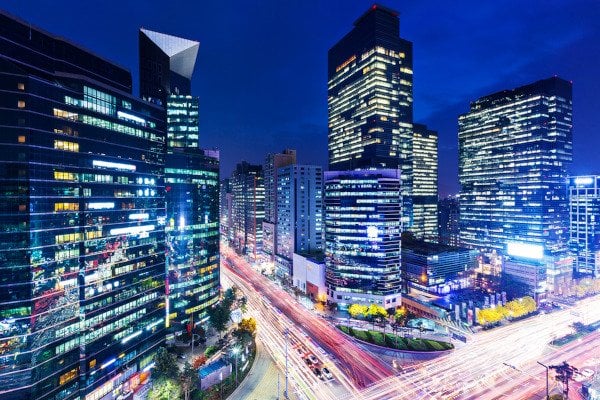 Figure 1: The delivery of electricity in the US relies on an aging and complex patchwork

The Cost of Grid Unreliability

One of the most critical challenges is to improve grid reliability. That said, the grid can go down for many reasons and not all of them are avoidable.

In the 2017 Infrastructure Report Card, the American Society of Civil Engineers assigned a “D+” to the US energy infrastructure. It stated that the delivery of electricity in the US relies on an aging and complex patchwork of systems with various ownership and stakeholders. And with the power grid at full capacity, maintenance is paramount.

In 2015, Americans experienced a reported 3,571 of total outages, with an average duration of 49 minutes. Momentary blackouts cost the US economy $60 billion, while sustained blackouts cost $50 billion, with some lasting as long as 8 hours or more.

Whilst electricity blackouts are likely to stay with us for some time yet, many utilities are now turning to alternative technologies, such as fuel cells, to provide immediate, reliable and long-term backup power to mitigate the challenges of power outages.

By installing fuel cell solutions like our GenCell G5 long-duration UPS at end-customer sites, utilities can provide clean backup power, with the added ability to push electricity back to the grid enabling improved load balancing and higher quality of service (QoS). Providing an important piece of mind and utilizing the technologies immediacy to start in phase, fuel cells are ideally suited to back-up applications. Supporting the modern ‘Energy Cloud’, fuel cells are also an important contributor for local peak demand response or ‘Peak Shaving’.

Utilities are also installing fuel cells to backup other critical systems such as internal communications, command-and-control rooms and substations. These fuel cells, like our GenCell G5rx, are uniquely designed for installation at utility substations, operating as a direct source of backup power or to recharge back-up battery rooms and keep them at full power. In the case of our own solution, for up to 10 times longer.

Fuel cells achieve this by enabling substations to keep their breakers and controls in an operational mode, so that utilities can quickly restart power and minimize distribution time to end-users once the grid recovers.

But What is a Fuel Cell?

First invented in 1839 by William Grove, a fuel cell is an electrochemical energy conversion device that produces electricity by combining hydrogen and oxygen into water. Like batteries, fuel cells convert potential chemical energy into electrical energy and generate heat as a by-product. 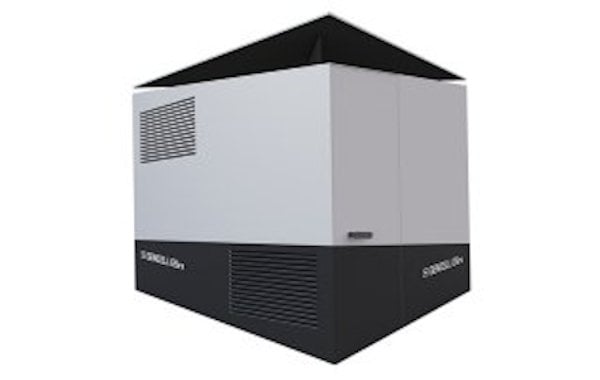 But, batteries store chemical energy within them - rather than being self-generated - which means that they can only operate for a limited duration until discarded or recharged. If supplied with an unlimited amount of fuel, fuel cells can continuously generate electricity (hydrogen) and oxygen.

There are five primary types of fuel cells:

Each type of fuel cell has its own inherent strengths and weaknesses that make them more suitable for specific markets and applications.

Our Alkaline fuel cell technology (AFC), which is being adopted by utilities, was originally developed for space applications where reliability and durability are essential requirements. But to achieve those key attributes, space applications featured Platinum and Palladium electrodes and other costly components. As a result, alkaline fuel cells were unaffordable for earth-bound power generation markets.

This is where our team at GenCell made several important breakthroughs. Having completely remodeled the traditional AFC system, redesigning many components using less costly materials, we were able to eradicate platinum as an electrocatalyst. While maintaining the life and efficiency of the AFC, removing the need for platinum has allowed us to break the cost barrier that has previously prohibited the widespread adoption of this technology.

In addition, our unique CO2 scrubbers enable our fuel cells to use the O2 found in ambient air. For utility companies, these innovations enable our GenCell G5rx to provide them with all the sought-after benefits of fuel cells, but at a price point that is competitive with UPS batteries and diesel generators.

Why are fuel cells important? Well, as a completely clean power generation process, fuel cells are very attractive to utilities not only from a financial perspective in minimizing downtime, but also in supporting their drive to become more sustainable.

Quite simply, fuel cells produce zero-emissions, are silent and vibration-free. They are also suited to both extreme environments and urban settings, so they are highly flexible. What’s more, they are extremely reliable, require very low maintenance and can be operated remotely.

So, fuel cells are clearly a very compelling technology for utilities, but who’s using them?

Earlier this year, San Diego Gas & Electric (SDG&E), part of Sempra, a leading North American energy company, announced that it had been working alongside us to test how fuel cells could contribute to their efforts to be the cleanest, safest, most reliable energy company in America.

With many other utilities around the world adopting or seriously evaluating the use of fuel cells within their operations, it’s clear that this technology will be an important solution to one of the industry’s key challenges.

But there are still barriers to wide and rapid fuel cell adoption, and it’s mainly an issue of education. When talking to prospects, our first job is often to correct what they think they know by demonstrating that the technology employed today is vastly different to that of the 1970’s and 1980’s. With previous commercialization issues now resolved, we show them that the modern fuel cell is both robust and affordable.

This type of conversation is no doubt common to all fuel cell manufacturers. But for many utility companies around the world, the fuel cell business case is so compelling that after investing a little time to understand it, the cost of a fuel cell to minimize the impact of grid downtime becomes an obvious and sensible decision.

Fuel Cells for the Mainstream

Companies of all types and sizes are already incorporating hydrogen and fuel cells into their businesses. Leading companies such as Apple, Verizon and Coca-Cola are using stationary fuel cells to generate power. Toyota, Honda and Hyundai are coming to market with hydrogen fuel cell-powered vehicles for consumers and trucking.

Metropolitan areas and airports are beginning to migrate to emission-free hydrogen-fueled buses too. In the USA, the UK and Europe, hydrogen refilling stations are being built, overcoming the challenges of hydrogen distribution for consumers. Indeed, the US Department of Energy notes that hydrogen and fuel cells are on the verge of a “tipping point”.

As we transition into a greener economy increasingly fueled by hydrogen, fuel cell solutions for backup and power-on-demand are overcoming the significant weaknesses of other clean technologies such as solar and wind. And thanks to cutting edge introductions that have solved previous fuel cell affordability, this technology is now also complementing or even replacing, legacy backup solutions such as batteries and diesel generators, in use at utilities throughout the world.

Gil Shavit is the President and Chief Business Development Officer at GenCell Energy, where he works closely with utilities in the United States and the U.S. Department of Energy. With over 25 years of experience in establishing innovative technology companies, Shavit has led joint ventures with global firms such as Phillips and G4S Brazil. His B.Sc. in Computers and Electronics is from the Ben Gurion University of the Negev.

GenCell manufactures, sells and services fuel-cell-based power solutions that provide a reliable, scalable source of 5kW electricity. Fueled by hydrogen, the clean energy of the future, the GenCell G5 long-duration UPS (uninterruptible power supply) provides backup power for telecom, homeland security, healthcare and niche industrial markets. The GenCell G5rx utility backup power solution operates as a direct source of backup power or to supplement legacy backup battery systems that provide only 6-8 hours of power and includes a shelter that is resistant to EMPs and high voltage. Headquartered in Israel, GenCell has a regional presence and a distribution and support network in North America, Latin America and Europe.