The Characteristics of LED Drivers

The Characteristics of LED Drivers

This article examines the main factors that designers may analyze when designing an LED driver.

Power LEDs are becoming increasingly popular. After the brief introduction of how power LEDs work and how they are used in the lamp design, the article examines the main factors that designers usually take into account when designing a LED driver.

The World of LEDs

The component behind all the above-mentioned applications is a quite simple two-terminal component: the LED: 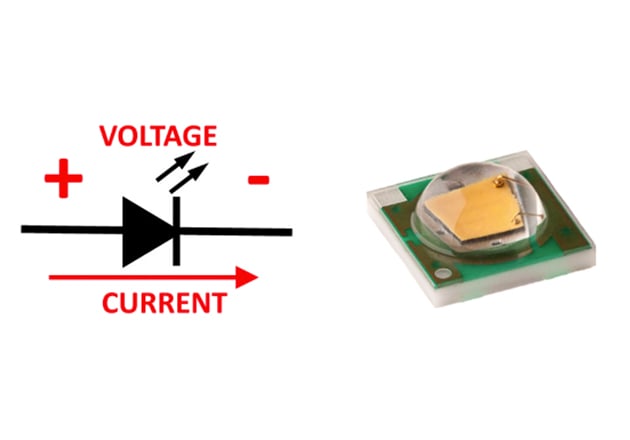 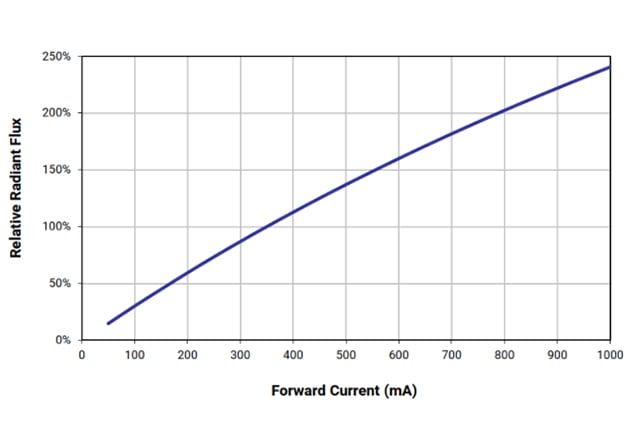 Inside a lamp the LEDs are typically connected as paralleled N strings, where each string is composed by M LEDs connected in series: 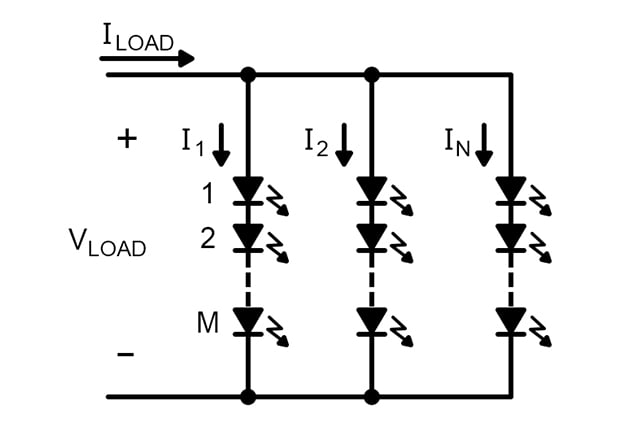 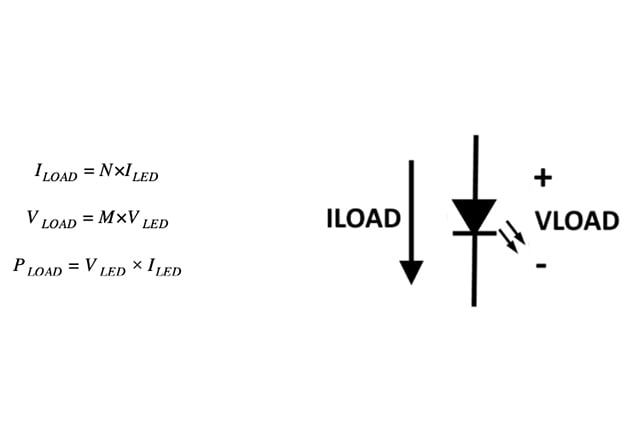 Figure 4. The voltage is the sum of the voltages across each diode.

Keeping the above basic concepts in mind, it is obvious that designing a led driver means to design a current source circuit to drive the equivalent LED load, obtaining the total required luminous flux.

Since the most common lighting applications are in the range 1W-100W, LED drivers are designed as switching mode circuits in order to reduce the power losses that generate heat inside the lamp. 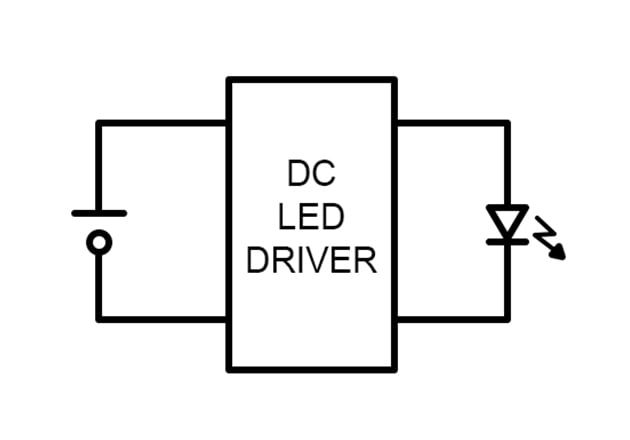 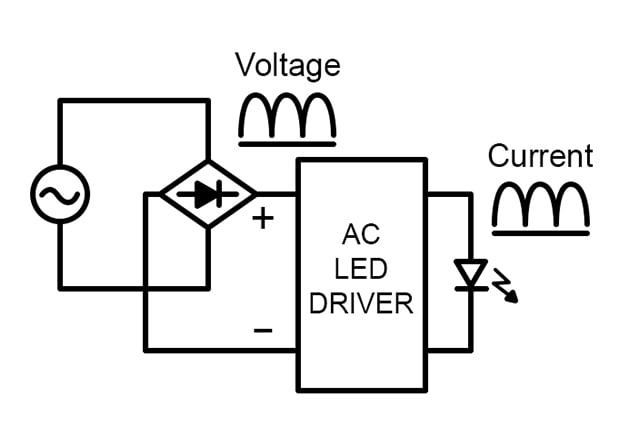 In the design of a LED driver, the main differences between DC and AC drivers are:

Each topology can be preferred for some of the mentioned factors, but not for others. The designer must choose for each project the topology that best suits the project specifications. Often, if not always, the selected topology is the best trade-off between the considered factors.

More than 90% of lighting applications are based on the following topologies: