SiC MOSFET-based inverters deliver up to 15% inverter BOM reduction, higher efficiency, and improved performance at one-fifth the size of Si-based inverters. These improvements have a compound effect on the overall cost of PV solar installations and, ultimately, the cost of the energy that such installations produce, supporting a faster global rate of adoption for solar energy.

Solar inverters have also experienced important transformations driven by price pressures. For example, power density has increased from 0.08 kW/kg to 0.5kW/kg, which indicates a clear reduction in material usage [2]. In Europe, however, solar inverters currently only comprise 10–15% of the total cost of a typical 100kWp solar installation [1]. So, for solar inverters to meaningfully contribute to the cost reduction of installations, they must contribute to the reduction of other BOS costs (e.g., installation labor, wiring, etc.) in addition to continuing to decrease in price while supporting higher levels of functionality [3]. 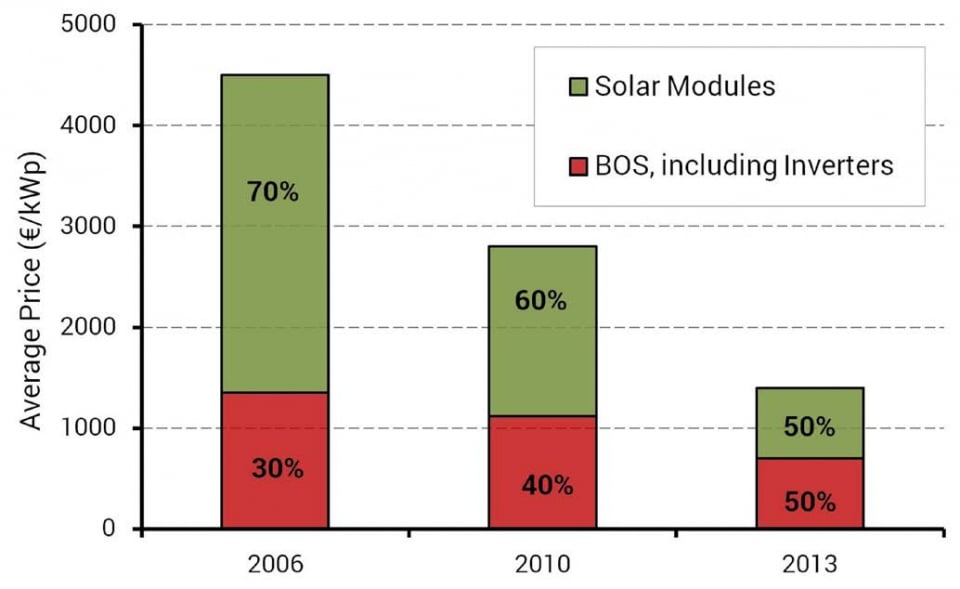 This demo illustrates the potential performance gains of switching from Si IGBTs to SiC MOSFETs. It was not intended to promote a particular topology for string inverters, as is proven by Figure 2, which presents the simulated efficiency versus switching frequency for five different 50kW inverters. The solar inverter topology used in this demonstration is similar to other Si IGBT-based string inverters in production today. As such, the booster stage of the SiC-based string inverter is a four-channel interleaved boost converter operating at a high switching frequency of 75kHz, with interleaving to reduce the ripple current on the input and output. The 480VAC, three-phase inverter stage is based on a three-level T-type topology (or MNPC), which is very common in PV inverters at this power level. The inverter stage operates at 48kHz, and the complete system is controlled using a TI 320F2812 DSP working at 150MHz.

Although the highest efficiency was achieved with the 3L-T (1200V SiC MOS) topology operating at a switching frequency above 15kHz, the largest efficiency improvements were achieved when SiC MOS-FETs replaced Si IGBTs in any given topology. This indicates that the high power density, efficiency, and cost improvements enabled by SiC technology can be achieved using any inverter topology. 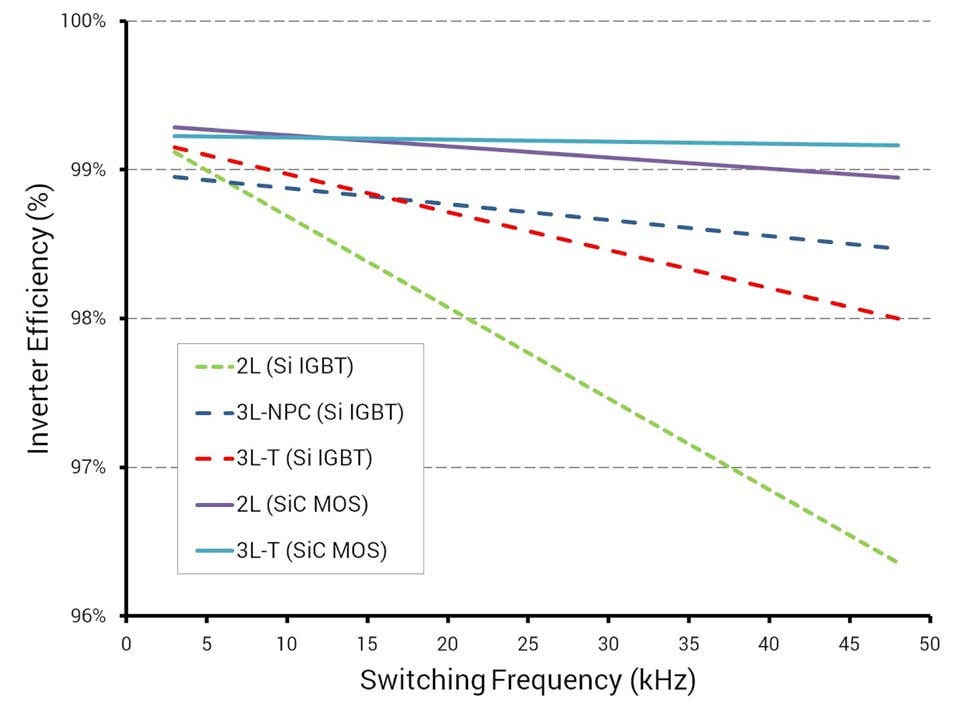 Table 1 compares the key metrics of a commercially available, state-of-the-art 50kW Si IGBT string solar inverter to those of a full-featured 50kW SiC MOSFET string solar inverter demonstration unit developed by Cree, Inc. using power modules with C2M SiC MOSFETs and CPW5 Z-Rec® SiC Schottky diodes. The contrast between these two inverter technologies is striking. The SiC-based inverter is approximately one-fifth the weight and volume of the Si IGBT-based inverter (Figure 3), and overall inverter losses are reduced by 40%, allowing for a CEC efficiency of 98.5%. 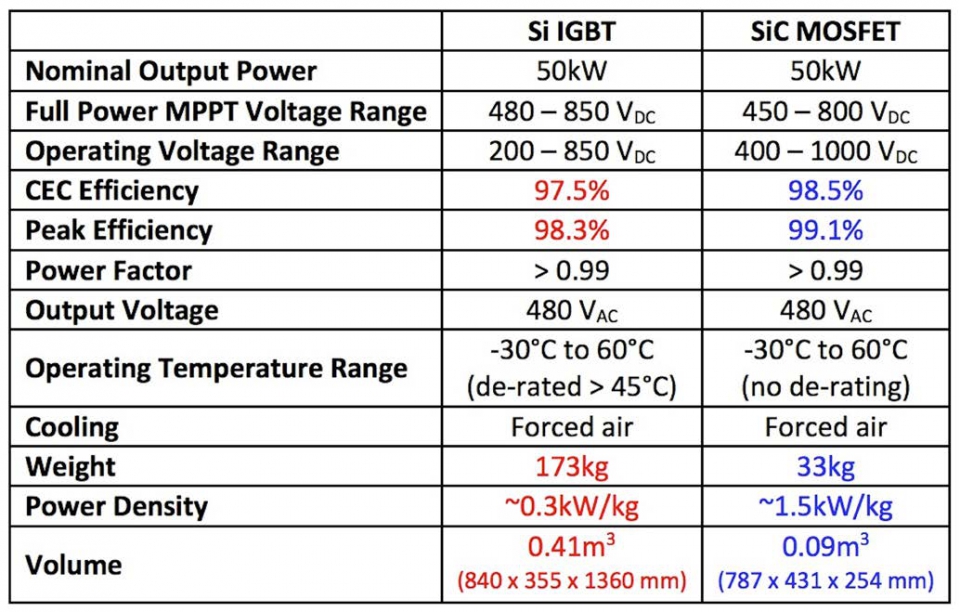 Figure 3: (Left) A relative size comparison of a typical 50kW Si IGBT string inverter and the 50kW SiC-based string inverter demonstration developed by Cree, Inc. (pictured, front and back, on the right)

There are three fundamental reasons why such performance improvements are now possible. First, SiC MOSFETs have significantly lower (6–10x) switching losses than Si IGBTs, allowing SiC devices to switch at much higher switching frequencies with minimal cooling demands [4]. Second, the recovery charge of SiC diodes is almost negligible, virtually eliminating diode switching losses. Third, the higher operational switching frequency significantly reduces the size and weight of key inverter components, including inductors and filtering capacitors [4, 5]; and this reduction has a substantial compounding effect, enabling size, weight, and cost reductions for other components, such as enclosures, wiring, and mounting hardware.

The relative costs of the main components in a 50kW Si- and SiC-based string inverter are compared in Figure 4. The highest BOM costs for Si IGBT-based inverters are the enclosure, inductors, and heatsinks, rather than the IGBTs themselves. Alternately, although the cost of SiC MOSFET devices is higher than that of Si IGBTs (this example estimated a 4x cost increase), the SiC-based inverter effectively reduces the cost of driver components (e.g., the enclosure, inductors, and heatsinks), enabling a 15% BOM reduction.

As discussed in the International Energy Agency’s “Technology Roadmap, Solar Photovoltaic Energy” [2], there is a strong correlation between power density and inverter cost, since less raw material is required. Higher power densities can also reduce manufacturing costs, allowing for more automated manufacturing methods. More compact, lighter weight inverters can also significantly reduce installation and transportation costs — which can be especially steep for rooftop installations — as they can be moved manually, without the need for a forklift, crane, or structural reinforcements. Lastly, smaller and more compact inverters with fewer boards and interconnections are inherently more reliable. 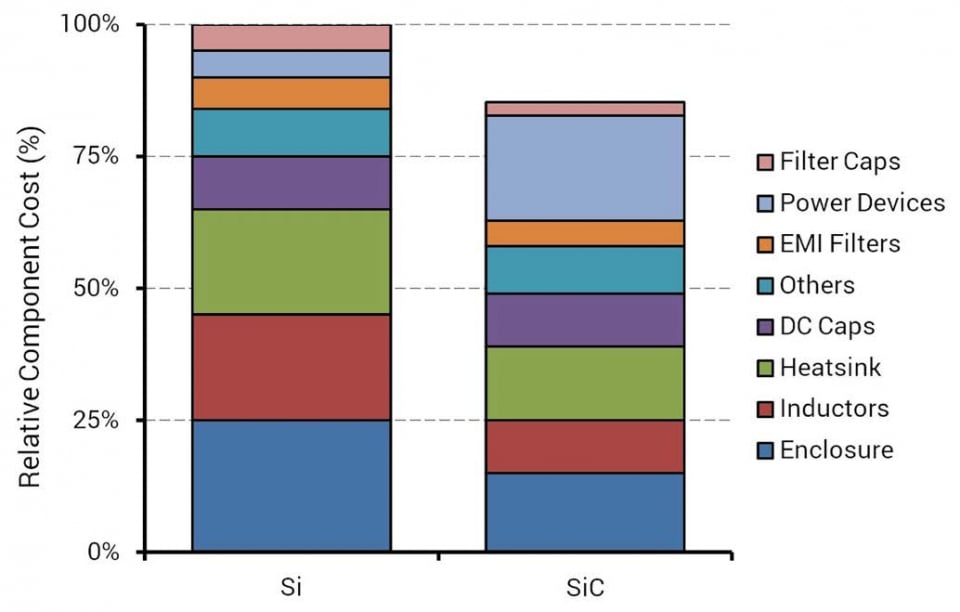 Figure 4: The relative costs of the main components within a Si IGBT-based and SiC MOSFET-based 50kW string inverter

Efficiency plots for the SiC MOSFET-based and the commercially available Si IGBT-based 50 kW string inverter (Figure 5) show that, under the same input voltage condition (Vin = 500V), the SiC MOSFET-based inverter delivers approximately 1% higher efficiency than the incumbent inverter technology. Although it may not sound like much, a 1% efficiency gain has important economic implications. The 1% higher production of electricity accelerates the payback period of the PV installation. Additionally, 1% higher inverter efficiency may be used to reduce the size of PV modules by 1%. As previously noted, PV modules account for close to 50% of the total system cost; so, a 1% reduction in PV module size could translate into a 0.50% cost reduction for the total solar installation [2]. 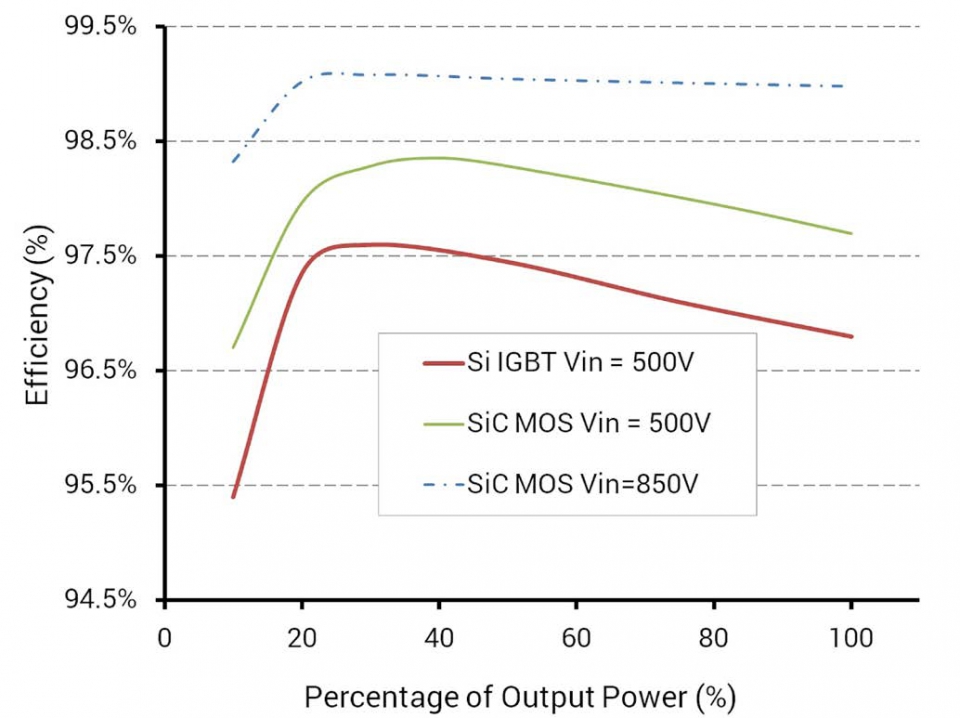 In addition to energy efficiency savings, SiC MOSFET-based solar inverters can achieve 15% lower inverter BOM costs; and, since inverter costs are between 10–15% of the total solar installation, a 15% lower inverter BOM cost could reduce the total installation cost by up to 2.3% [2]. Moreover, the higher power density and lower weight of SiC-based inverters can enable up to a 40% reduction of solar inverter installation costs, which, along with other engineering costs, is estimated to be as much as 5% of the total installation cost. Consequently, SiC MOSFETs may deliver as much as a 4.7% combined total reduction of the overall costs of PV installation. As such, a string inverter product capable of delivering competitive cost savings will have a distinct advantage over traditional inverters.

SiC MOSFET-based inverters deliver a quantum improvement in power density, achieving 1.5 kW/kg and beyond, in addition to higher efficiency and improved performance. Such drastic improvements in inverter performance have a compound effect on the overall cost of PV solar installations, reducing the inverter, installation, and engineering costs, as well as the PV module count. As such, SiC MOSFET inverter technology is poised to significantly reduce both the installation and operating costs for new PV installations and, subsequently, the cost of the energy that such installations produce, improving the global rate of adoption for solar energy.

Marcelo Schupbach works as the Technical Marketing Manager at Cree Inc. where he leads a cross-functional global team tasked with the development of applications that demonstrate the benefits of Wolfspeed SiC MOSFET technology, support key customer with internal evaluation of Wolfspeed SiC MOSFET technology, and also lead development of power module activities including product roadmaps and market development activities. He holds a Master's Degree and a Doctorate in Electrical and Electronics Engineering both earned at the University of Arkansas at Fayetteville.