One relatively easy way for manufacturers to reduce the cost of electronic components is by using the same designs or components for disparate applications. The cost savings manifest not only in bulk procurement of identical parts but in minimizing the number of required qualification processes.

The electrical schematic of the positive output, the buck converter is presented in Figure 1. The converter generates a stable VOUT of 5 V at 15 A from the input voltage VIN range of 5 V to 38 V. The power train includes modulating (high-side) MOSFETs Q1 and Q2, rectifying (low-side) MOSFETs Q3 and Q4, inductor L1, a combination of the electrolytic and ceramic input filter capacitors CIN1 and CIN2, and a similar combination of capacitors for the output filter and the controller.

The resistor RS can be used as a current-sense element if the peak current mode controller is employed, or as part of the short-circuit protection circuitry in voltage mode control. The input capacitors CIN1 and CIN2 are terminated to GND; however, the optional CIN3 and CIN4 are terminated to the output and are employed in the negative buck-boost solution. The functionality of buck converters is widely studied and easily obtainable. In this article, we just briefly note voltage and current stress on the power train components. It is relevant to the preliminary selection of components in new designs and rough evaluation of the existing solutions. Assuming continuous conduction mode (CCM) operation, the following expressions can be used. 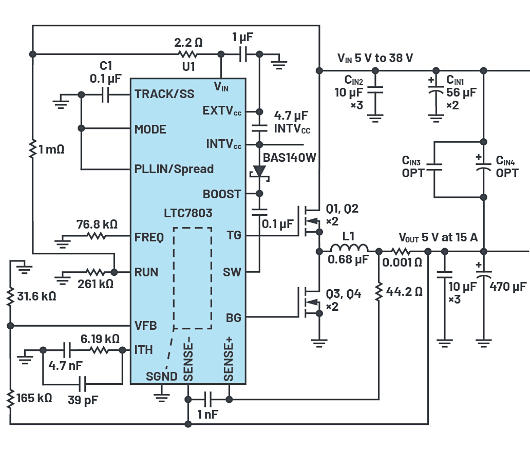 Figure 1. Electrical schematic of a step-down, buck converter with VIN 5 V to 38 V, and VOUT 5 V at 15 A. Image used courtesy of Bodo’s Power Systems [PDF]

The schematic of the negative buck-boost converter presented in Figure 2 is similar to the buck converter schematic in Figure 1. Notably, both use the same components for the power train, interconnections, and controller. Differences arise in the grounding of the controller, switching MOSFETs, and input/output filter. The ground of these inverting converter components is –VOUT. The inductor L1 is terminated to the system (input) ground. 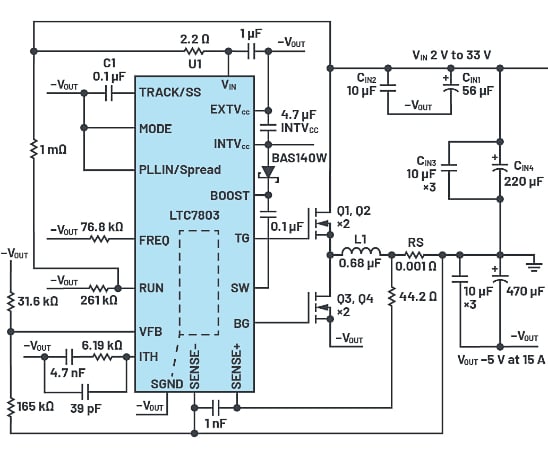 Unlike in the buck converter, the capacitors CIN3 and CIN4 are not optional in this solution; they function as the input filter. The capacitors CIN1 and CIN2 filter ac between the VIN and –VOUT rails. The following expressions can be used to estimate the stresses on the power train components, assuming CCM operation.

There’s plenty of literature covering the basic and even advanced functionality of these two types of converters.1 In the remainder of this article we’ll examine rarely discussed factors.

There is a drawback in negative buck-boost and, in fact, most inverting topologies. At startup there is a reverse voltage swing at the output filter with amplitude not more than one diode voltage drop, as shown in Figure 3. This brief reverse voltage is due to the flow of the controller’s operating current through the forward-biased diode to system ground. The existence of the reverse voltage on polarized capacitors appears unacceptable at first glance. Hence, some designers eliminate polarized capacitors from the output filter, resorting to ceramic-only capacitors. This approach creates other problems associated with the size, cost, and dc bias of the ceramic capacitors. Nevertheless, it is possible to use polarized capacitors in inverting buck-boost applications with some limitations. The guidelines vary by vendor—an example of such recommendations can be found in Polymer, Tantalum, and Niobium Oxide Capacitors: Application Guidelines.2 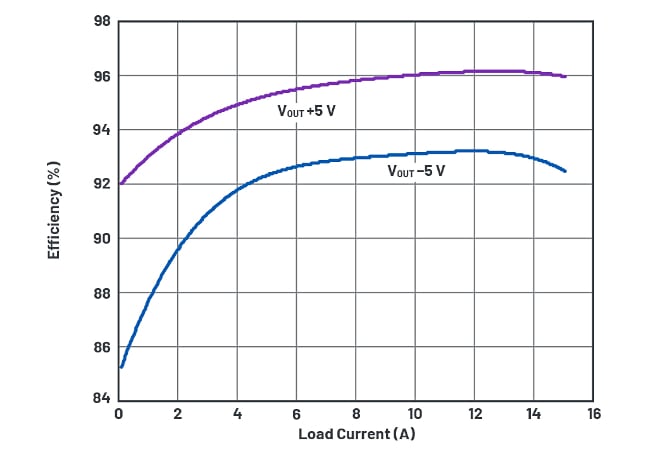 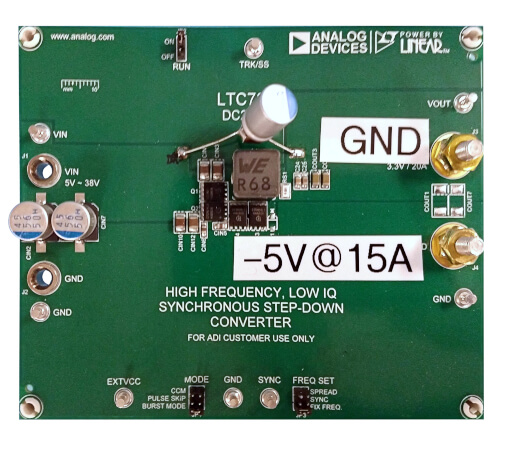 The converters shown in Figure 1 and Figure 2 were thoroughly tested and evaluated. Their efficiency is shown in Figure 4. To simplify the design with a low pin count and wide input voltage range, making it applicable to a wide variety of solutions, the LTC7803 advanced controller was used in both cases. The evaluation board DC2834A was used as a basis (with some modification) to verify both applications. To reduce EMI, the spread spectrum feature of this controller can be employed. Figure 5 shows a photo of the buck DC2834A converted to inverting buck-boost. 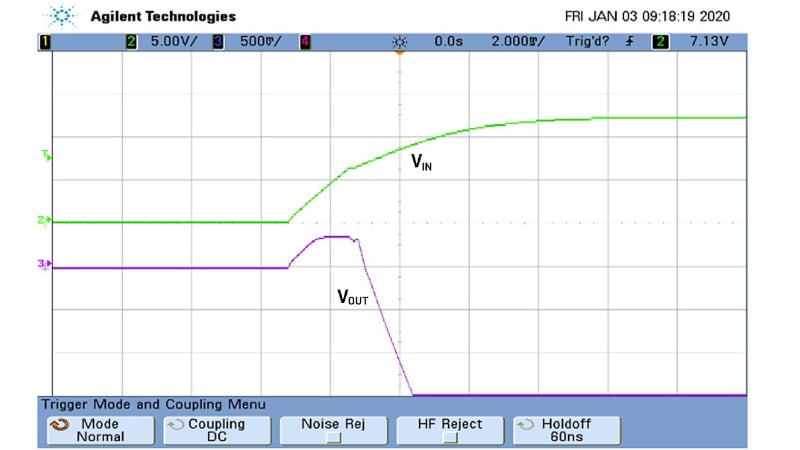 This article presents a way to use the same controller and a number of identical components for positive step-down and negative buck-boost converters. In this way, costs for qualifying components can be reduced. Costs can be further reduced by using a controller that requires a minimal number of power train components and supports synchronous rectification, resulting in efficient, low EMI, wide input voltage range solutions.