Discover all you need to know about intrinsic safety – an explosion-prevention design technique applied to the electrical equipment and wiring installed in hazardous locations – here.

Intrinsic safety is an explosion-prevention design technique applied to the electrical equipment and wiring installed in hazardous locations; it limits the electrical and thermal energy levels well below those required to ignite a specific hazardous atmospheric mixture. 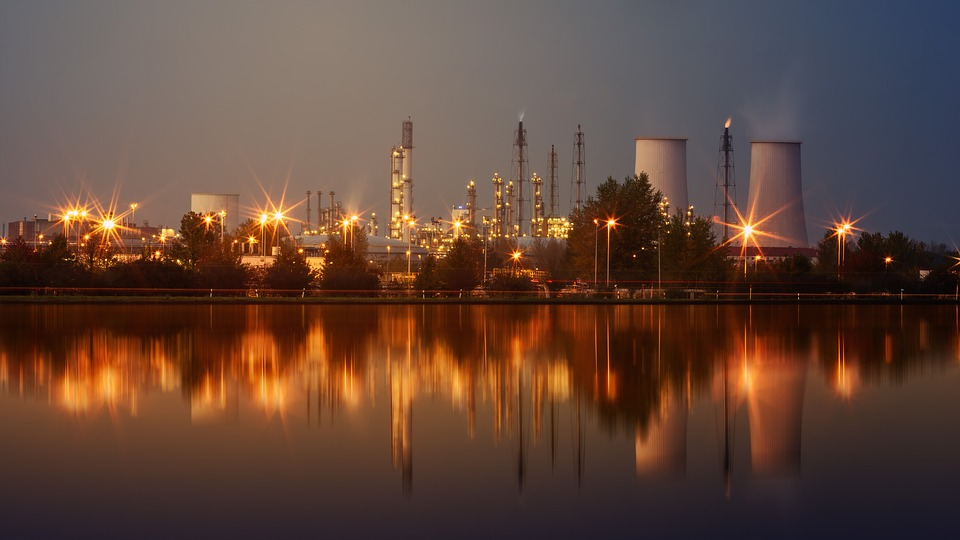 Oxidation, combustion, and explosion are exothermic reactions with diverse speeds from a chemical standpoint. Such reactions require the presence of three components in proper proportions:

The vertices or corners of a triangle – the ignition triangle – typically represent, graphically, these three factors. All the protection techniques used in electric devices and wiring to reduce the risk of fire or explosion to an acceptable level eliminate one or more triangle components.

After igniting the chemical reaction, the result can be controlled combustion, a flame wave, or an explosion, depending on the exothermic energy speed.

The Birth of Intrinsic Safety

Coal mines have methane gas and coal dust. If methane ignites, a much more violent dust explosion follows. Beginning the 20th century, the hoists in British mines operated with low voltage signaling bells. This scheme comprised six Leclanche-type batteries – a 12 V power supply – two bare wires, and a bell. The workers inside the mine, a hazardous area, short-circuited the wires using their shovels or hands to ring the bell, advising the surface workers that the coal cars were ready for hoisting to the surface. This 12 V circuit was not considered dangerous, even though there were sparks during the short-circuiting action.

Two disastrous mine explosions occurred in British mines in1912 and 1913. Later investigations showed that the explosions originated from the sparks produced by the mine’s signaling bells.

Such searches revealed that the energy stored in the circuit´s electric and magnetic fields generates sparks to ignite the air/gas mixture.

The first regulation for testing and certifying signaling systems for mines followed these findings. The intrinsically safe concept was born.

This concept consists of designing electric equipment and circuits in such a way as to render them incapable of producing enough electrical and thermal energy levels to ignite specific hazardous atmospheric mixtures under normal and abnormal or fault conditions – an explosion-prevention design technique.

Later on, the surface industries, handling even more dangerous gases – like hydrogen and acetylene – applied the intrinsic safety concept.

Energy Storage in an Electric Circuit

Wiring always has inductance and capacitance associated with it – these elements store energy.

The capacitor will charge when the switch is open, storing electric energy. If there is a short circuit between conductors or between a conductor and ground, it is equivalent to closing the switch. During this event, the capacitor discharges and produces an arc or spark. Too much capacitance could result in enough energy to ignite the hazardous atmosphere.

The inductor will charge when the contact is closed, storing magnetic energy. The inductor discharges when the switch opens, producing an arc or spark. Similarly, too much inductance could result in the release of enough energy to ignite the hazardous atmosphere.

The danger of explosion exists when the arc or spark energy exceeds the Minimum Ignition Level (MIL) of the material involved. The IS system must be designed and wired to assure that it will not exceed the MIE of the hazardous material.

The circuit’s inductance and capacitance depend on conductor spacing, size, and length.

The Meaning of “Intrinsic Safety”

The terms intrinsic and intrinsically safe reveal that safety comes from the system’s design, not by adding protective measures – like the explosion-proof technique.

Safety exists throughout the system’s life, during maintenance, and despite inadequate care.

Lack of care may cause the loss of safety in an explosion-proof housing – the improper installation of the housing cover after maintenance, corrosion, and mechanical damage, will compromise safety. IS focuses on the source of the problem, not providing the energy needed to cause an explosion – intrinsic protection.

Principle of Operation of an IS System

Figure 2 shows a basic diagram of an IS system.

Figure 2. Basic diagram of an IS system. Image used courtesy of Lorenzo Mari

An IS apparatus is typically part of a system where the certified components assure the system’s safety for the application. All circuits in an IS apparatus are intrinsically safe.

An associated apparatus is not intrinsically safe but affects the IS circuits’ energy and must maintain intrinsic safety. A complete IS circuit must not ignite the material in a hazardous location.

A simple apparatus poses no hazard as it will not ignite hazardous mixtures. Examples are simple probes and devices such as thermocouples, RTDs, LEDs, switches, and transducers for measuring and transmitting process data, and current-to-air pressure transformers for servo-control purposes. They often do not require certification for IS location use.

Limiting the current or voltage levels in a circuit section is vital to control the power transferred between the non-hazardous and hazardous locations.

There are three basic arrangements of elements to limit the current or voltage levels:

The IS technique applies only to equipment and circuits requiring low energy levels for operation.

Process control instrumentation is an excellent field for IS equipment since these electrical systems use low energy levels. For this reason, IS finds many applications in the instrument industry – 4 to 20 ma signal circuits, instruments to measure pressure, flow, and temperature, as well as radios and other equipment.

IS techniques and low voltage solid-state technology evolve together at a fast pace. Nowadays, more electrical devices are designed and certified for IS than for any other type of explosion prevention method.

The cost of an IS system may seem high. However, since there is no requirement for explosion-proof fittings and conduits in the hazardous location, the price of the installed system can be much lower than other technologies. Additional savings arise because IS technology permits conventional instrumentation wires and allows maintenance on a running plant – no need for a plant shutdown.

There are two standards in the United States for construction and performance requirements for intrinsically safe systems:

The standards employed for installation rules are:

The 1990 NEC Edition introduced Article 504, “Intrinsically Safe Systems.” Safe installations – free from hazards – will be attained by carefully interpreting and applying this article.

Several diverging regulations and requirements worldwide direct how to design, develop, manufacture, and certify IS products. Some examples are:

In the European Union:

Intrinsic safety is a technique applied to electrical equipment in hazardous locations.

The inductance and capacitance in electric apparatus and wiring may store enough energy to ignite a hazardous atmosphere.

The IS technique limits the electrical and thermal energy levels transferred to a hazardous location under normal and abnormal conditions, preventing explosions rather than confining them.

There are many – and different – certification regulations around the world. NFPA 70 (the National Electrical Code) sets installation rules in the USA.