The electrical engineering specialist Mersen operates a test center on its French facility of Saint-Bonnet-de-Mure, next to Lyon. The company’s highly qualified experts run over 10.000 tests per year for performance and safety on electrical components such as fuses.

The municipality of Saint-Bonnet-de-Mure is in southeastern France, about 15 kilometers from Lyon. Exactly 40 years ago, Mersen – a global expert in electrical power and advanced materials for the high-tech industry – established a test lab at that location. The complex, with an area of 1600 square meters on 4 levels and almost five-meter-high gates, houses the extensive test and research facilities of the electrical engineering specialist. 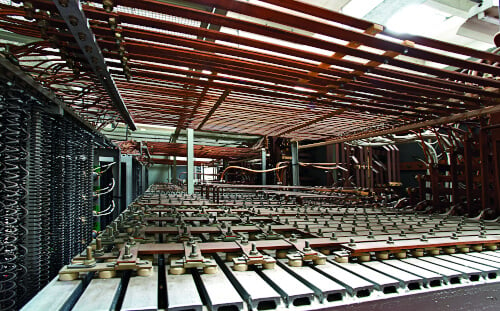 Long-term tests are carried out on the 3 MVA resistor bench in the Saint Bonnet test lab. Image used courtesy of Bodo’s Power Systems

“The lab is divided into two areas,” explains High Power Tests Manager Ludovic Derouen. “A High Power Test Lab for current short circuit, EV, high di/dt bench and a second part including low voltage, environmental and mechanical labs.” On 50 test benches, the employees there carry out approximately 10,000 electric, dielectric, mechanical and environmental tests, primarily on fuses and fuse gears, such as those that protect semiconductors, cables or motors.

“We also test overall Mersen product lines as laminated bus bars, surge protection devices (SPD), capacitors and some of the components manufactured by Mersen for trains,” Derouen adds. “For external customers, we also assist them with their test developments, for example, in the aerospace industry. Mersen also tests cables and power lines for potential use in electric aircraft drives and many other industries. In the area of electric vehicles we test pyrotechnic fuses, which are a kind of hybrid fuse and current system component that insulate the battery of an electric car from the rest of the vehicle.”

Voltages Up to 43 Kilovolts

The High Power Test Lab tests the short-circuit properties and transient current withstands, switching on and off under voltage and in case of short circuits, and operation under fast current rise conditions – with both alternating and direct current. Testing of short-circuit properties involves using the center’s extensive optical equipment, with high-speed cameras that can record up to 40,000 images per second.

The Saint Bonnet Test Lab is equipped with a total of five power platforms, which can generate a wide range of currents and voltages both in direct and alternating current. One of these platforms is connected to the French medium voltage network (3 MVA); two are supplied by capacitor banks (high di/dt and 30 MW), and two are by in-house generators (20 MVA and 400 MVA). The most powerful of the platforms can generate voltages up to 43 kV and peak currents up to 700 kA.

The Lab owns two capacitor benches. One is specifically dedicated to electrical vehicle applications with very low inductance associated with a climatic chamber to perform tests at nominal voltage and current but in hard climatic conditions (-40°C to 150°C). The second is dedicated to high-speed semiconductor protection up to 4 kV and 320 kA under a 5 kA/µs di/dt.

In addition to current low voltage tests, based on AC/DC power supplies and cycling equipment, the Environmental and Low Voltage Test Lab is equipped with seven environmental climatic chambers for testing components under extreme environmental conditions associated with cycling power supplies. They can generate temperatures from -40 to +200 degrees Celsius and relative humidities ranging between 0 and 99 percent.

“In salt spray tests we examine, for example, the behavior of fuses in air with a high salt content, such as in coastal areas,” Derouen explained.

“It might then take us about two years to examine the behavior of components over a period of ten years,” the test expert added.

All the technicians working in Saint-Bonnet-de-Mure are highly experienced. The lab director, Franck Sarrus, is also responsible for Research & Development at Mersen in Europe. Does that mean the center is part of the R&D department?

“Yes and no,” said Derouen, smiling. “Of course, the lab is part of the Mersen Group and a competent partner for testing new and continuing in-house developments. This simple and fast access to high-tech testing capabilities is a factor that is not to be underestimated for a highly R&D-driven enterprise like Mersen, in view of the worldwide shortage of test capacities in this area.” 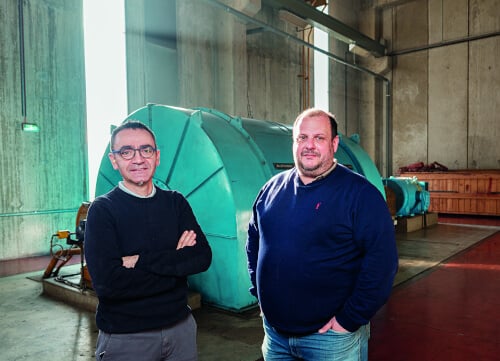 On the other hand, internal customers – departments of Mersen – are treated with the same independence and impartiality as external customers, as requested by standard 17025.

“We test the components and report whether or not they achieve the required performance,” said Derouen. “Just the same as with external customers.”

External customers of the test center are clearly in the minority; more than 90 percent of the lab’s capacities are currently used for in-house orders. In the future, Mersen intends to offer more availabilities to its external customers.

“We are already ideally equipped for this step, with all the capabilities necessary to simulate the particular operating conditions for the customer’s product,” he said.

Mersen Electrical Power operates three main test centers around the world. In addition to Saint-Bonnet-de-Mure, there is one in Terrassa (Spain) that specializes in surge protection and one in the USA.

“We work closely with our colleagues in Newburyport, Massachusetts,” explained Derouen. “U.S. and French centers are complementary to each other. Both are capable to operate in DC and AC at different levels of current and voltage to fit with our products’ needs.”

The test center in Saint-Bonnet-de-Mure is accredited by France’s COFRAC and in accordance with the ISO-17025 standard (available on www.cofrac.fr – scope 1-0043). Accreditation to the U.S. standard UL is planned for 2022 - 2023.

“In addition to the European, Chinese and Indian markets, we are also testing products in France for the U.S. market,” he said.

Regarding future developments and following new market needs, such as DC storage energy, EV markets and the DC grid, the Lab continuously invests in new dedicated equipment and the expertise of its technicians.