Learn how to best utilize an in-line ammeter and what applications they are used in.

Forklift electrical circuits draw large amounts of current because forklift circuits operate at low voltages (the lower the voltage, the higher the required current for any given power). For example, a 100 W safety strobe light designed for a 36 V system requires 2.77 A to deliver 100 W of power.

However, when a forklift or automobile is turned OFF, and all accessories (hydraulic valves, lights, radio) are OFF, the battery should have very little current flow (a little current can be drawn by digital clocks, computers, and security systems). The small amount of current that is drawn should not drain a battery that is in good shape for several weeks. However, when a load is faulty (as when a hydraulic valve solenoid stays energized, a glove box lamp remains on, or water is in the safety light or tail-lamp holder) or insulation is damaged, the battery can be drained when the forklift or automobile is OFF in a couple of hours. To test the drain (current draw) on a battery, an in-line ammeter is used. See Figure 1. 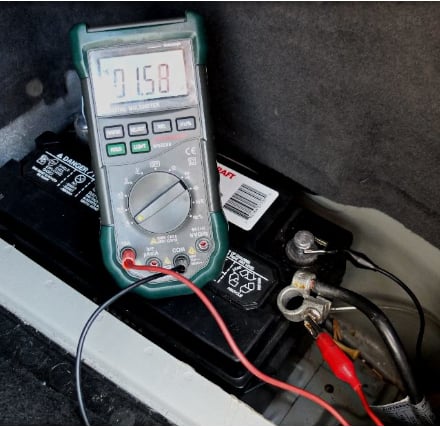 Figure 1. To test the drain on a battery, an in-line ammeter is used.

Only fused in-line ammeters set to the highest current measuring range can be used.

In-line ammeters accurately measure the small amount of current drawn from batteries. To isolate a problem or test each circuit, the fuses of the forklift or automobile can be removed one at a time.

4. Verify that the test leads of the in-line ammeter are connected to the proper jacks for measuring the correct amount of AC current. Most ammeters include more than one current jack.

5. Verify that the power to the circuit being tested is OFF before connecting and disconnecting the in-line ammeter test leads. When necessary, take voltage measurements to ensure that the circuit is de-energized.

6. Do not change the function switch position on an in-line ammeter while the meter is connected to an energized circuit.

7. Turn power to the test circuit and in-line ammeter OFF before changing any ammeter settings.

9. Turn the power ON to the circuit being tested. 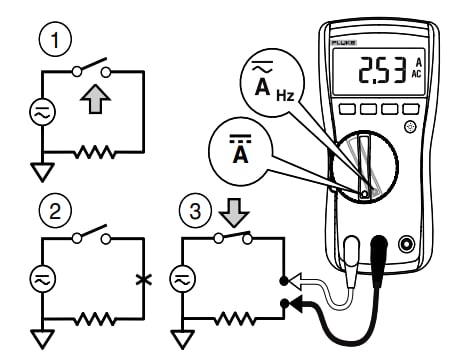 Figure 2. AC or DC current can be measured with an in-line ammeter using standard procedures. Image courtesy of Fluke