An internal power supply provides up to 2 W per channel of isolated power to drive both upper and lower IGBTs, effectively isolating the MCU from the high power circuitry. Operating from a single polarity 15 V power source, it provides +20 V/-5 V to drive the IGBT gates and +3.3 V to drive the MCU, maintaining up to 4 kV isolation voltage between the MCU and gate drivers and between gate drivers as well.

Over and Under Voltage Protection

An over-current protection with a 300 mV threshold can be implemented by utilizing either a current-sense resistor or IGBT de-saturation event. It turns the IGBT off immediately after the collector current exceeds a value set by the user and informs the MCU to make an appropriate decision.
An Active Clamping Comparator with a 3.1 V threshold (with respect to the negative IGBT gate voltage) disables the driver when the collector voltage exceeds the level set by the user, preventing excessive power dissipation in the IGBTs.

TTL level compatible input signals from an external MCU are used to operate secondary-side drivers. The IXIDM1401 implements a dual-channel bidirectional transformer interface, which transmits the primary side input commands from the MCU to the secondary side and information from the secondary side to the MCU. Asynchronous data transmission is implemented by narrow pulses to prevent the transformer’s core saturation.

To avoid limitations to the input pulse maximum width, only short pulses representing rising/falling edges of the input signals are transmitted from the primary side, while the secondary side restores the original pulse width.

It allows using a single input signal source to create a complementary switching pair of IGBTs in a half-bridge configuration by setting channel B to permanently enabled and operating channel A only.

Dead time between pulses at Gate A and Gate B outputs is hardware programmed to ~420 ns. If the dead time required to operate specific IGBTs is greater than implemented in IXIDM1401, it should be programmed by the MCU or factory-adjusted to the required value.

The over-temperature protection function disables the IGBTs if the internal chip’s temperature exceeds 1500 C, and resumes normal operations when the temperature falls below 1250 C. If the IGBT assembly is equipped with a temperature sensor, the IXIDM1401 is able to translate its signal to the MCU.
A dual-channel bidirectional transformer interface allows transmission of information to the MCU about secondary side power supply faults and IGBT over-current conditions.

In the run mode, the power block operates either from an internal or external clock. Use of an external clock from the MCU enables minimizing noise interference between IXIDM1401 devices in case of multi-phase applications like motor drivers.

The power block’s push-pull converter duty cycle depends on the external clock duty cycle as DCPL = 0.5 – DCEXT/2.015 that allows for adjustment of secondary output voltage by varying the duty cycle in case of over/under-voltage.

Active Clamping protection implemented in IXIDM1401 enables prevention of IGBT damage in case of an inductive load turned off with high inductive current. In such situations, the IGBT collector voltage may easily exceed the breakdown limit and destroy the IGBT. One of the ways to prevent this condition is to keep the IGBT conducting until the energy stored in the inductor is not enough to create a collector over-voltage condition. The IXIDM1401 utilizes ACL comparators with 3.1 V thresholds in respect to negative voltage source that may be used for implementing an advanced active clamping technique.
Triggering the ACL comparator forces the gate driver output to a tri-state condition and the IGBT starts to turn on due to the breakdown diode current charging the IGBT gate. After the IGBT turns on, its collector voltage falls, the diode recovers from breakdown, and the ACL comparator turns on the OUTN output, which forces the IGBT gate low. This sequence may repeat several times until the energy in the external inductance is dissipated. The ACL comparator is active only when the driver’s output OUTP is OFF.

Each of the IXIDM1401 IGBT drivers also contains an over-current (OC) comparator with a 300 mV threshold in respect to the COMMON pin. Over-current protection can be implemented either by using a low-value current sense resistor, an IGBT with a secondary current sense output, or utilizing a de-saturation event.

If an over-current fault occurs, the driver’s output is forced low for the rest of the cycle. Normal operation resumes at the beginning of the next PWM gate drive cycle.

A noise filter at the current sense input may be required due to low sense voltage. The OC comparator has an internal 100 pF capacitor connected in parallel to the input; therefore, only a serial resistor can be added to create such a filter. The OC comparator’s input is grounded during the off-time of the IGBT and remains grounded for 3.5 µs immediately after the IGBT turns on to prevent false tripping. When an over-current event occurs, the Output Faults Pulse Generator creates a narrow 200 ns pulse that is used by the Fault Control Logic to communicate the fault condition to the MCU.
The IXIDM1401 is available in a 50 x 50 x 25 mm package with a 12-pin, 1 mm-pitch FFC connector to communicate with an MCU, two 5-pin, 2.54 mm-pitch headers to provide signals to/from the IGBTs, and one 2 pin, 2.54 mm-pitch header to translate signals from an external temperature sensor to the MCU. 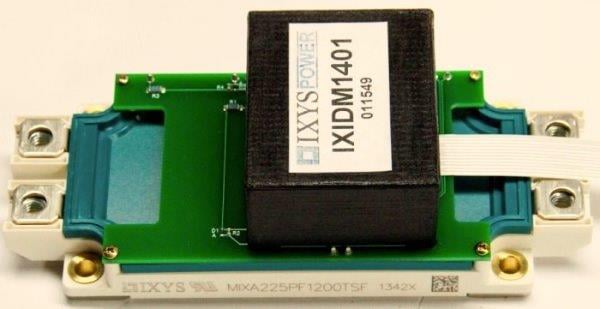 Powered from a single polarity 15 V power supply, IXIDM1401 operates two 1200 V IGBT devices with a maximum collector current of 360 A. This design allows the MCU to alert customers about under/over-voltage conditions on the primary and secondary sides, and overload conditions when the IGBT goes into de-saturation mode. The MCU can be powered from this module and does not require a separate power source. If a user prefers to drive the MCU from an external power source, this can be accomplished as well. Internal IXIDM1401 logic can be also powered from the same external source, minimizing power consumption from the 15 V power supply. 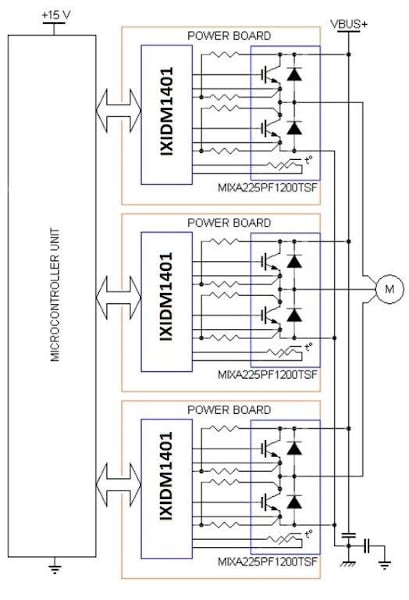 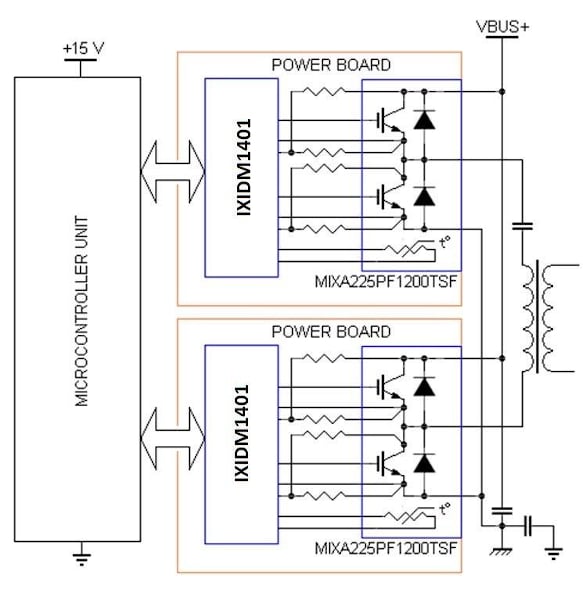 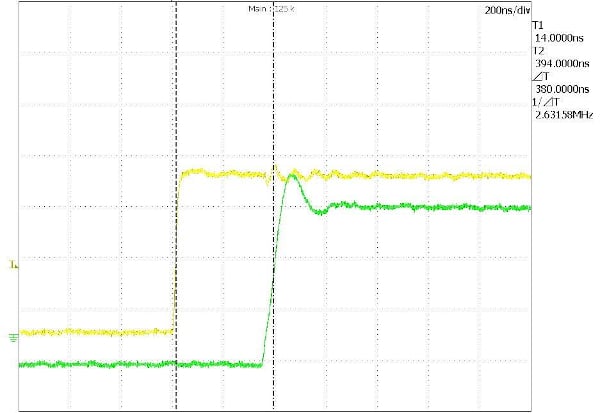 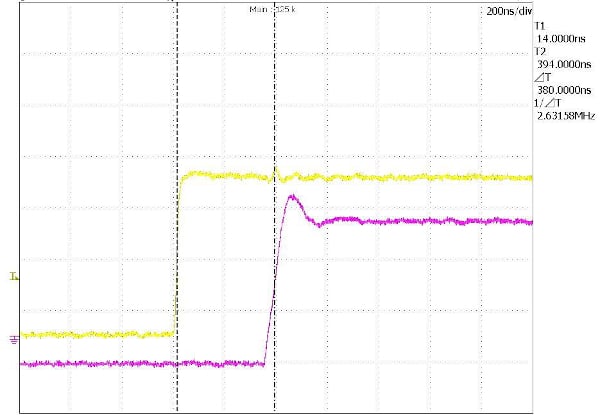 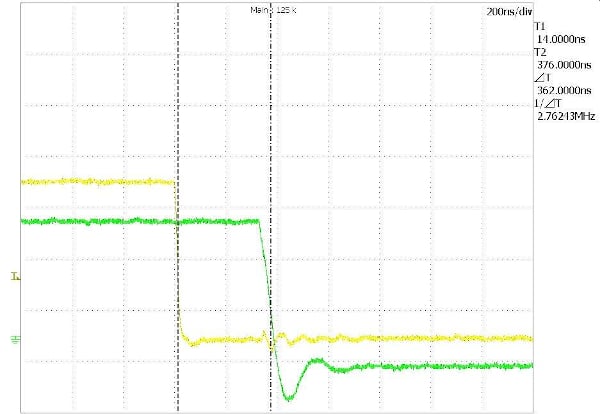 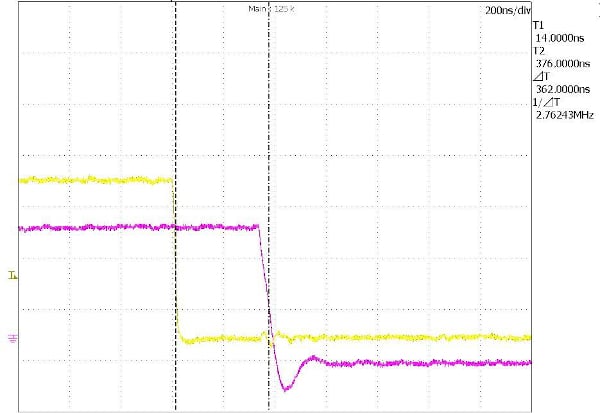 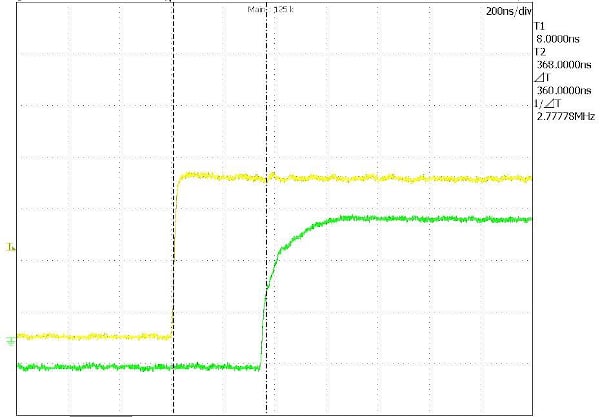 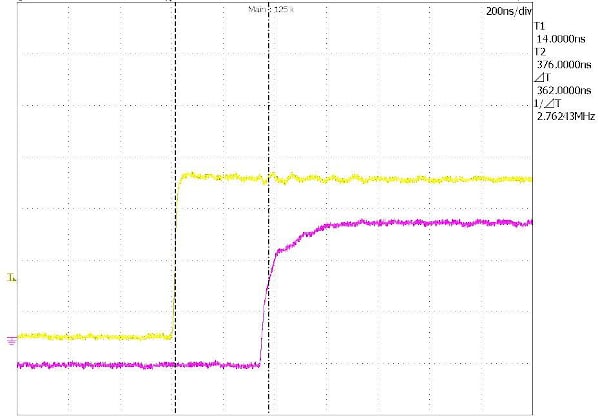 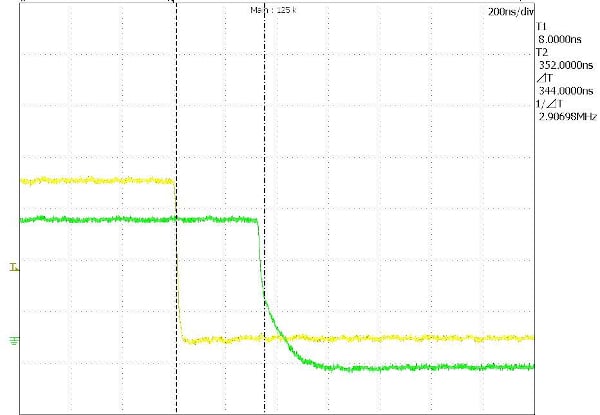 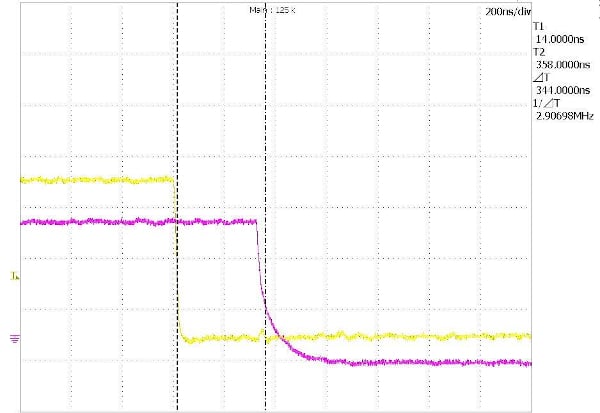 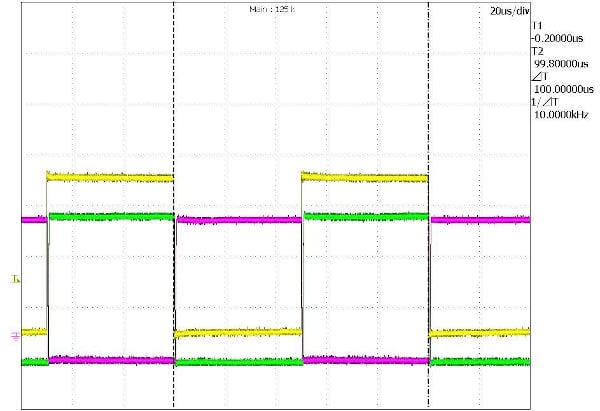 Figure 12: MIXA225PF1200TSF operating in complimentary mode with a single signal source at channel A and channel B permanently enabled 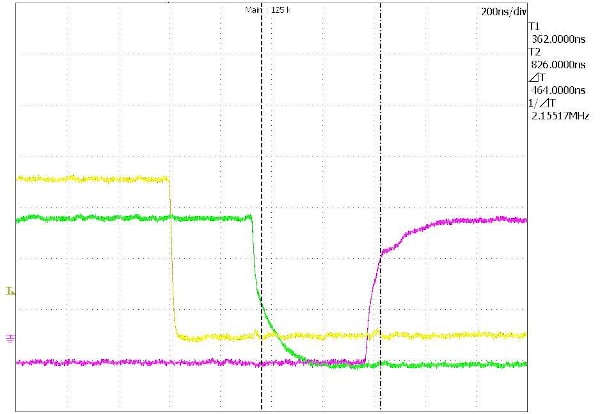