This article highlights the advantages of film capacitors for high-voltage applications with higher performance under maximum load.

The Husum-based company FTCAP is one of the few manufacturers of high-voltage capacitors: These special film capacitors are available for voltages of more than 120 kV DC, which makes them ideal for use in medical devices, high-voltage power supply units, or even body scanners for building security. The product spectrum offered by FTCAP includes numerous versions with different housing forms and connection technology, including radial designs with wire and solder lugs.

Film capacitors are manufactured from plastic films that are coated on one side with a thin metal layer. The dielectric strength depends on the thickness of the film that is used – for higher voltages, thick films must be used as the dielectric. The upper limit for a simple film capacitor is reached at a voltage of about 2.5 kV. If capacities for higher voltages are needed, several capacitors can be connected in series. The voltage is then divided and each single capacitor is exposed only to a fraction of the total load. To save the user the work of assembling and connecting several single components, it is possible to combine several capacitor windings in one housing. As opposed to electrolytic capacitors, film capacitors connected in series require no additional balancing resistors. This makes it possible to achieve high voltages without the disadvantage of additional losses. 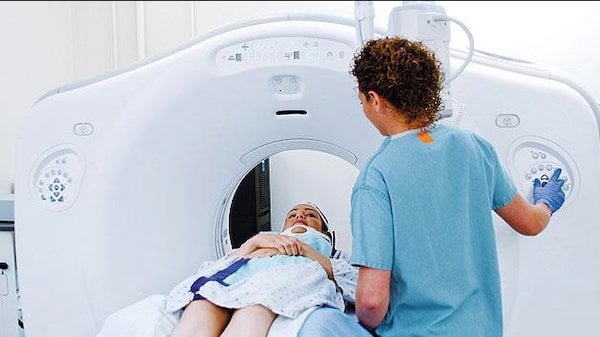 Figure 1: High-voltage capacitors are available for voltages of more than 120 kV DC, which makes them ideal for use in medical devices Image: ©Trish23 – Fotolia

Instead of connecting single windings, film capacitors offer another, more elegant method of connecting the capacitors in series: A special type of metal coating makes it possible to create a series connection directly on the film. Narrow metal strips are vapour-deposited on the film in a longitudinal direction, with free strips in between as insulation. This creates several capacitances, which are connected in series. In this case, each single capacitance – i.e. each metal strip – must withstand only part of the total voltage. If a film is wide enough, FTCAP can implement more than 15 series connections within one winding. It is, therefore, possible to manufacture single windings that are suitable for voltages of more than 40 kV. 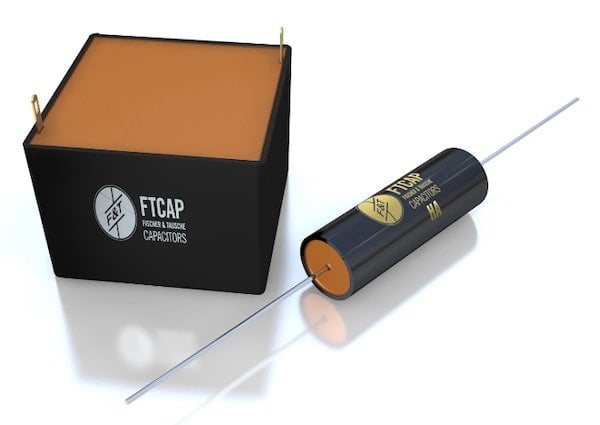 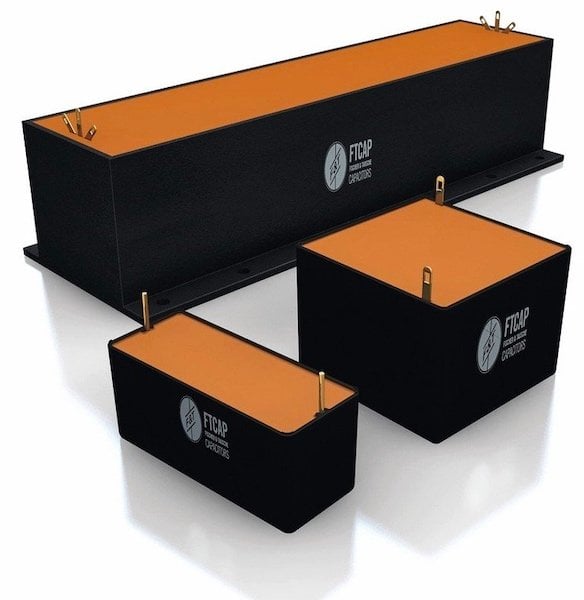 Production with the Aid of Innovative Technologies

The production of high-voltage capacitors involves various challenges, which FTCAP overcomes with the aid of special systems and technologies. The Husum-based capacitor specialist invested in a specially designed potting system for this purpose. The goal is to achieve especially high-quality and homogeneous insulation with a newly developed vacuum potting technology in order to minimise partial discharges. For this purpose, a special potting material for high voltage capacitors was first subjected to thin-film degassing at 10mbar. This is necessary, because every air bubble in the capacitor can cause partial discharges. Afterwards, the capacitors are filled with the potting material under vacuum. FTCAP can also use this innovative potting system for potting segments. This technology minimises air inclusions and enables optimal filling of the housing. Another advantage of the custom system: It is very flexible and can also be used for small volumes, which makes it ideal for the production of custom-tailored solutions of different sizes. 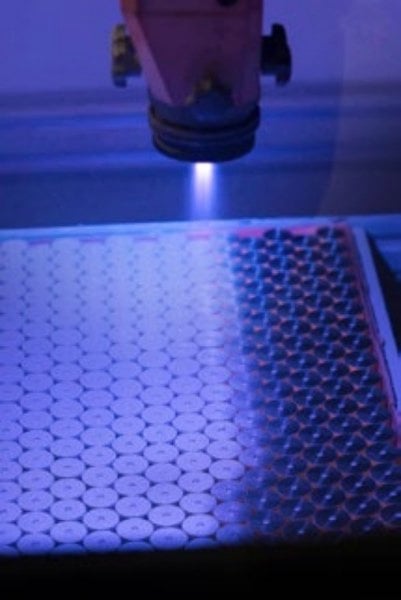 Figure 4: The production of high-voltage capacitors involves various challenges, which FTCAP overcomes with the aid of special systems and technologies.

Because FTCAP always strives to convince its customers all along the line, each single high-voltage capacitor is subjected to extensive tests and measurements for quality assurance prior to delivery. This likewise requires special equipment: Due to the broad product spectrum, the measuring equipment must also be very flexible; for example, it must be able to accommodate the special forms of high-voltage capacitors. To prevent stray currents during the measuring process, FTCAP conducts the measurements only in air-conditioned rooms with low relative humidity.

Film capacitors for high-voltage applications are also used in medical technology: They generate high voltages in high-voltage cascades in X-ray machines or CT scanners to guarantee good radiation characteristics. They can also perform the same function in body scanners for building security. In addition, the solutions are also used to good effect in high-voltage power supply units that are needed in research or for generating magnetic fields. Accordingly, FTCAP’s customers also include numerous technical schools and universities.

The requirements vary widely due to the diversity of possible applications. That is why FTCAP adapts the capacitors to the respective applications as needed: For example, the edge steepness (dU/dt) can be changed on an individual basis. In addition, capacitors can be manufactured in diverse versions to facilitate integration in existing installation spaces. The housings are manufactured at the FTCAP factory in Husum; custom designs are no problem. And that applies not only to high-voltage capacitors: FTCAP is always the right partner for capacitors for special applications in small and medium-sized quantities. The Husum-based company is one of the last enterprises to manufacture all of its products in Germany – customers benefit from higher flexibility, optimal quality and smooth coordination processes. 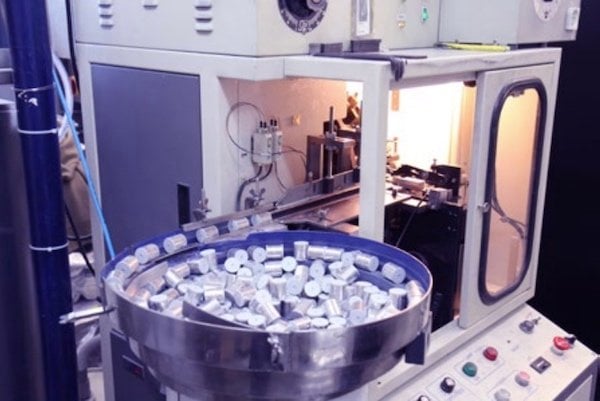 Figure 5: The Husum-based capacitor specialist FTCAP is one of the few manufacturers who still design and produce all of their products in Germany

Overview of high-voltage capacitors from FTCAP