Soft ferrite power materials are widely used at high frequency applications as cores for power supply transformers. After years of small or no progress in the field of high saturation flux density and low power loss ferrite material on the market.

In the late 80’s of last century, TDK made available power material PC40 which served as an introduction to the third generation of soft ferrite power material. This material was a prelude of high Bs and Low power loss materials for many producers that launched similar materials afterwards.

In September 2004, it was again TDK who introduced a new high Bs and low power loss material PC90, which once again launched material development across the industry. However, ten years later, there has been no progress on this road as power material design still proves to be quite a difficult task.

DMEGC has taken on the challenge to make further improvements  in power ferrite materials that will allow higher operating flux under high-temperature conditions. As a result, DMEGC has developed new power material, which is called DMR91. This material is based on existing material DMR90, but with further improvements to the Bs and Power losses. With DMR91 material, DMEGC now has in portfolio ferrite material that improves Bs value of DMR90, while maintaining Power losses of DMR44 at high temperatures.

From Table 1, we can see an overall improvement in performance of DMR91 material, with Bs value at 100°C increased to 460mT, but also Residual Magnetic Flux Density is maintained at a considerable level. ∆B at 100°C (Bs -Br) is above 390mT, so the core anti-saturation capacity is also enhanced. 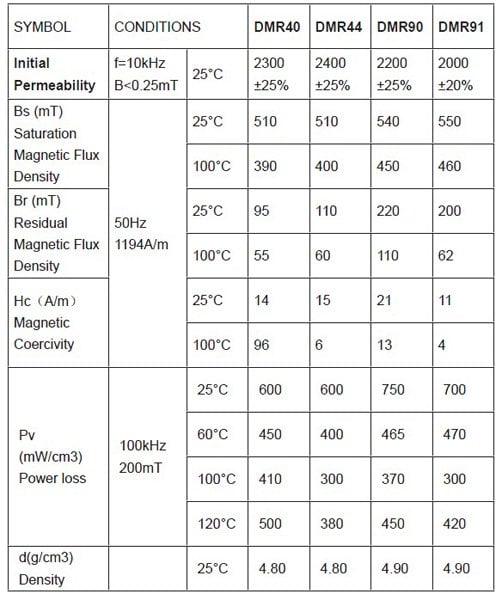 Table 1 also shows how DMR91 has improved power loss value of DMR90 at almost all temperature points, and actually keeps on the same level of 300mW/cm3 at 100°C, as DMR44 material. 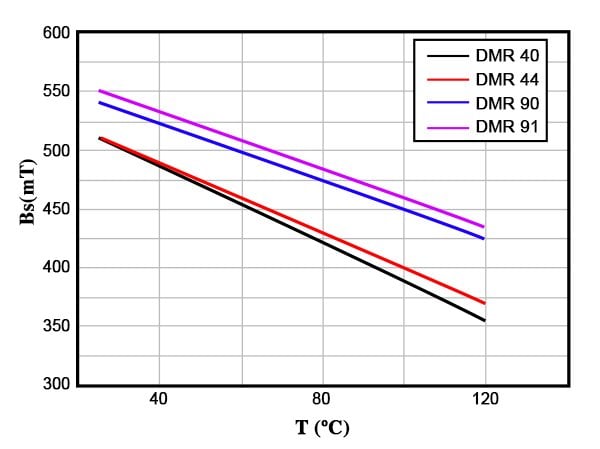 Figure 1 shows Bs-T curves for different power materials, the highest value of DMR91 is seen from this figure. 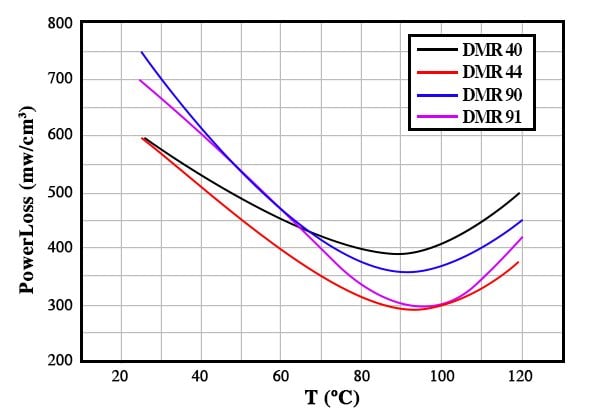 Figure 2 shows Power loss versus temperature for different power materials. The lowest point of DMR91 is close to 100°C, making it on par with DMR44 and especially suitable for applications where high operating temperature is expected.

At the beginning of development of new material, our first goal was to further increase Bs value of DMR90. To achieve this, we began increasing the content of Fe2O3 to the powder mixture. While this approach improves Bs, it simultaneously increases power losses, measured at room temperature as well as 120°C. So next step was taken to flatten the power loss curve and we have achieved this by adding the correct amount of Co2O3 to the powder mixture. 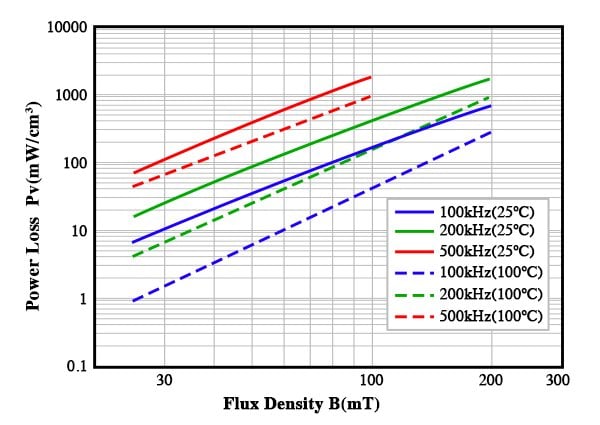 Figure 3: Power Loss vs. Flux Density for DMR91 with Frequency as Parameter

With DMR91 power material, DMEGC has made the next step in High Flux Density and Low Power Loss applications, offering designers a chance to reduce the footprint of their components where space is an issue.

One of the goals we kept in mind while developing this material was cost factor. Although providing better performance, DMEGC is able to maintain the same material cost level with DMR91 as with DMR90 material.

DMEGC Germany was established in Oct, 2008, a subsidiary of Chinese company DMEGC Magnetics Co.Ltd publicly listed in China stock market, which is the world's largest manufacturer of magnetic materials including ferrite magnet, ferrite cores , NdFeB magnet ,rubber magnet and etc. It is also one of major solar manufacturers in China with 500MW wafers and 1.6GW solar cells and 900 MW solar modules.