Silicon Carbide (SiC) is widely used in the medium/high voltage power semiconductor device manufacturing due to its inherent material properties of the wide bandgap and high thermal conductivity.

Nowadays, Schottky Diode, MOSFET and JFET are the most popular SiC power devices in the market, especially the SiC Schottky Diode, which already has almost 20 years of mature application experience when it was commercialized since the beginning of this century. The earliest SiC Schottky diodes employed a pure Schottky Barrier Diode (SBD) structure, then it evolved into the structure called Junction Barrier Schottky (JBS) with low reverse leakage current, and the newest structure is called Merged PN Schottky (MPS) exhibiting massively increased surge current handling capability.

In this article, we will firstly discuss the reason why SiC power devices possess superior performance, then share the design process of SiC products. At last, WeEn SiC MPS diode featured ultra-low reverse recovery charge (Qrr) will be introduced.

Why are SiC Power Chips Smaller? 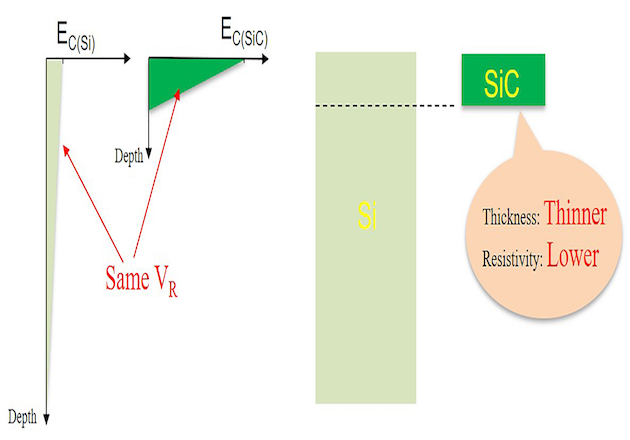 According to Poisson’s equation, the device breakdown voltage is proportional to the square of the breakdown electric field (VB∝B 2). Due to having nearly 10 times higher breakdown electric field than silicon, SiC devices exhibit dramatically “friendlier” (i.e. lower resistance) epitaxial layer specifications range than silicon devices to achieve the same breakdown voltage rating. Taking 600V Schottky diode, for example, the epitaxial layer with 5um thickness and 1016cm-3 doping concentration is quite enough for SiC diode. But for silicon diode, the requirements for epitaxial layer specifications are much “more strictly” (i.e. higher resistance), at least 50µm thickness and 1015cm-3 doping concentration are needed. Undoubtedly, to avoid the further increase of epitaxial layer resistance, the only way is to expand the chip size. Therefore, thanks to the strong forward current conduct capability, the SiC power device can be designed to smaller chip sizes.

Why do SiC Power Chips Perform Better Under High Temperatures?

This is the main reason why SiC devices can withstand high temperatures. However, due to the limitations of packaging technology and application, the most common commercial silicon carbide products only show the highest junction temperature of 175°C in the product manual. Nevertheless, owing to three times higher thermal conductivity than silicon still makes SiC power devices exhibit much better thermal performance.

Why do SiC Diodes Have Better Switching Performances?

The conventional high voltage Si diode is a PiN diode in which high resistivity and thick epitaxial layer are used to withstand the high reverse voltage. The ON-resistance can be reduced by the injection of minority carriers from the P area (i.e. conductivity modulation), which is a common design to get high voltage Si diode. But this PiN type diode needs to spend extra time to remove the minority carriers and resulting in reverse recovery current when the device turns OFF. To make matters worse, the reverse current will be larger when the temperature increased due to the feature of minority carriers. 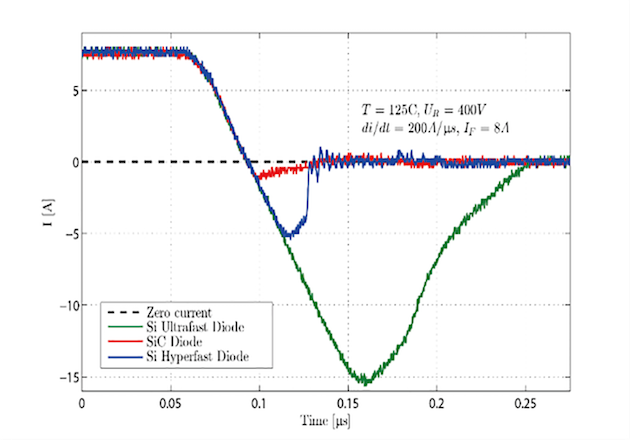 In the last decades, SiC device manufacturers have been working hard to compare its performance with silicon devices, and the result is well known. However, SiC device designers cannot just satisfy with SiC devices ahead of Si counterparts, which in fact are mainly contributed by the material advantage. Even if equipped with the same SiC material, different manufacturers may exhibit different performances due to varied process capability and chip design involvement. Designers should make the most effort to achieve SiC devices which not only perform better than silicon devices but also the best in all SiC players’ devices.

With a heritage of over 50 years, WeEn has abundant experience in power semiconductor devices design. The design process including: set the design goals based on customer need, device and process simulation using EDA tools but based on the foundry capacity, mask and process design, fabrication in the foundry, assembly, reliability testing. After several rounds of trial, optimization, life testing, and application testing, the qualified products with the optimal design are finally achieved.

Due to the robust Si-C bond strength, high implant energy is employed to form PN junction in SiC. And since most implanted impurities (e.g. Al+) exhibit little diffusion in SiC even during post-implantation annealing, the implant energy, and dose must be designed precisely to achieve targeted doping profile, which is usually implemented by several steps, thereby simulation is needed in the implant process design. Designers can use Monte Carlo models in simulation to design the optimal implantation recipe to reach their target. It is also necessary to use the Secondary Ion Mass Spectroscopy (SIMS) method to measure the actual impurities profile after post-implantation annealing. The correction between simulation result and measurement value is an important step in chip design and manufacturing, especially when the recipe changes or new process equipment introduced. 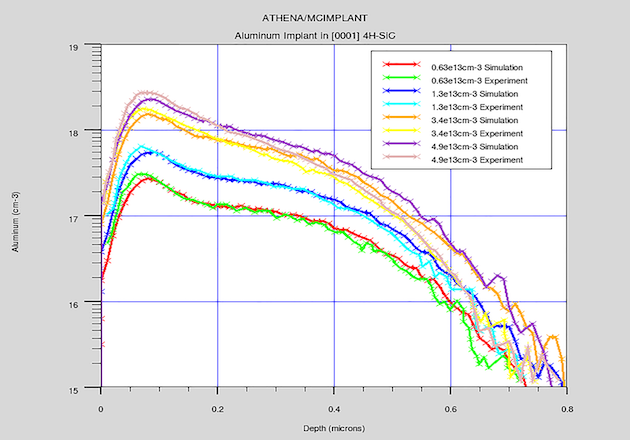 To pursue the best device performance, a merged PN Schottky (MPS) structure is designed in all WeEn SiC Schottky diodes, in which the built-in voltage of the PN junction will be overcome earlier at high forward currents than the conventional JBS structure. Then the minority charge carriers injected into the drift region which the resulting in ON-resistance will decrease significantly, thereby the device is able to withstand higher surge current. But increasing the PN area will lead to less Schottky area, the on-resistance will increase at nominal forward current when the bipolar mode has not turn-ON. 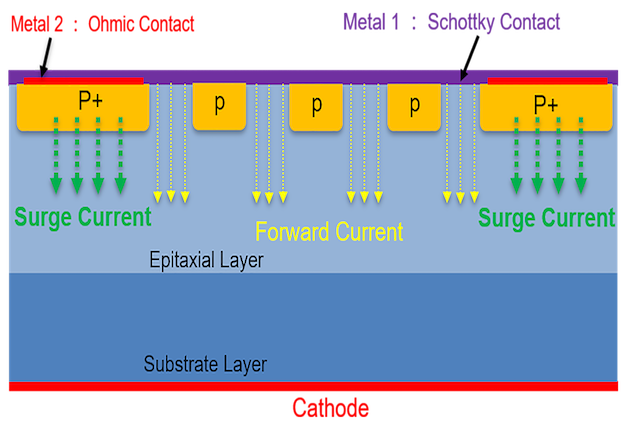 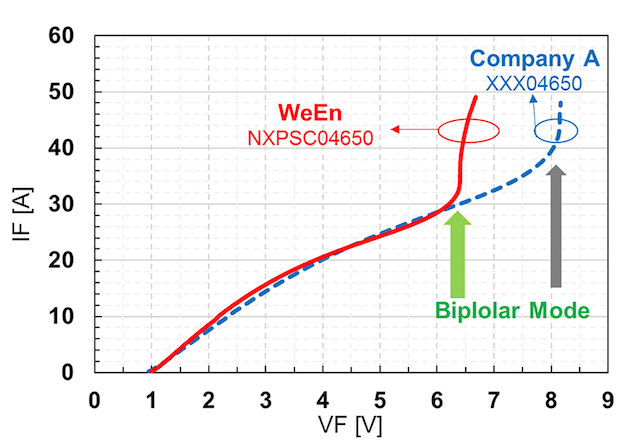 Figure 5: Comparison between forwarding I-V characteristic of WeEn NXPSC04650 4A, 650V MPS diode, and other company’s JBS diode at 25°C

The power device suitable SiC wafer consists of two layers: the thick substrate layer and the thin epitaxial layer which grow on it. Owing to the thick substrate layer, SiC wafer, especially with large dimensions, exhibits better mechanical stability which is very important in the semiconductor process or shipping. But as we talked before, since the whole blocking voltage is suffered by the epitaxial layer, the substrate layer has no electrical function except as a current path which more like a series resistance.

Due to the commercially available SiC substrate cannot have high doping concentration, the substrate resistance is noticeable especially for 650V SiC device which features lower epitaxial layer resistance than higher voltage devices. The resulting power dissipation is undesired, to address this problem, grinding the substrate layer is considered.

But concerning the hardness of SiC material, there are several challenges to the manufactures including the possible cracks, surface roughness, and the thickness uniformity after grinding. Due to the leading manufacturing process and excellent quality control, WeEn SiC products all feature thin wafer design which performs only 1/3 substrate thickness of the standard products in the market. With the benefit of thin wafer design, WeEn SiC diodes have much better forward current conduction capability and lower thermal resistance. 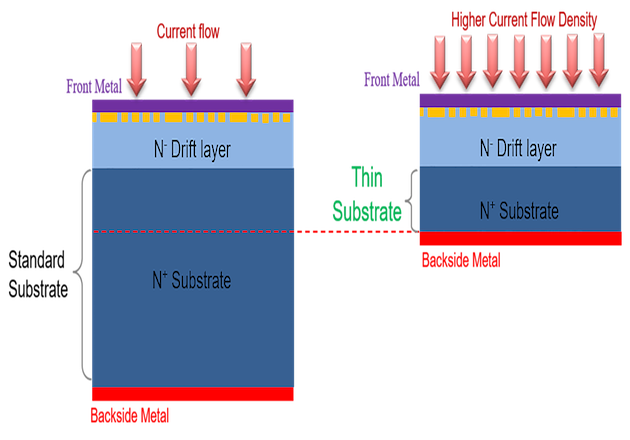 Figure 6: Comparison between WeEn thin SiC product and the standard product from other company

The reverse recovery charge quantity of SiC Schottky diode has a relationship with the active cell quantity and concentration of the epitaxy layer, which these parameters also determine the forward voltage drop, blocking voltage and leakage current, tradeoff is needed in design. We can find the different reverse recovery performance of SiC Schottky diode from different suppliers because they use different chip designs. 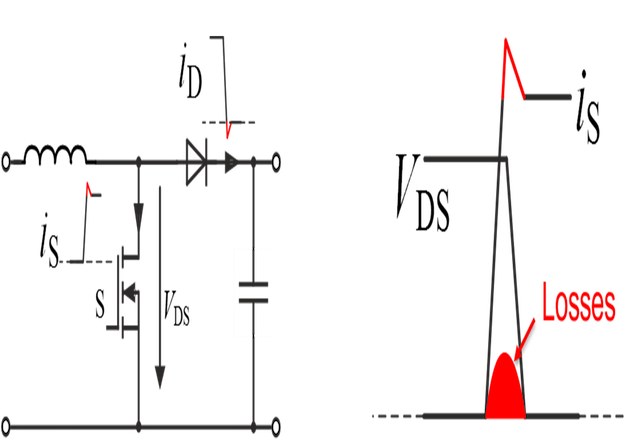 Figure 7: CCM PFC circuit and the energy losses at turn-ON

Thanks to its excellent material property, SiC Schottky diodes perform much better than silicon diodes. Combined with advanced chip design capabilities and mature manufacturing processes, the best of the SiC Schottky diode will be achieved.

Table 2: Efficiency results of power server using NXPSC08650 and other company’s 10A device

Alex Cui received his Electrical Engineering degree at Hefei University of Technology and Masters in the field of Power Electronics at Zhejiang University. He worked as a Senior Development Engineer at WeEn Semiconductors company that is a key player in the semiconductor industry and has focused on developing a wide and deep portfolio of industry-leading bipolar power products including silicon carbide diodes, thyristors - consisting of silicon controlled rectifiers and triacs, high voltage transistors and so on.