Constructing and Operating an Autotransformer

Constructing and Operating an Autotransformer

Autotransformers are wired so that the primary and secondary circuits have a portion of their two windings in common.

The power rating of an autotransformer is higher than that of an equivalent two-winding transformer. Autotransformers are limited by their low impedance and lack of electrical isolation between the primary and secondary circuits.

An autotransformer is usually constructed from a single winding with multiple taps. For a step-down application, the source is applied across the entire coil, which acts as the primary. The load is connected across a portion of the whole winding as shown in the figure. The portion connected to the load acts as the secondary. 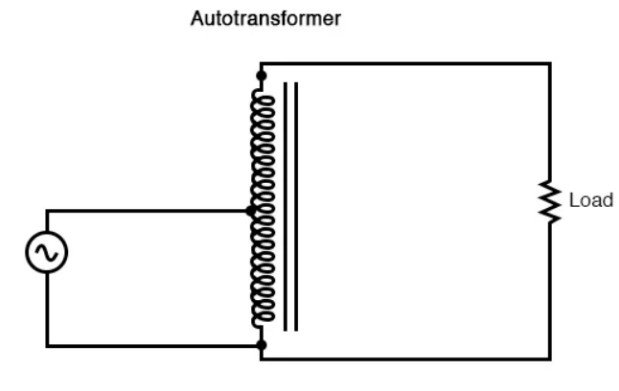 Figure 1. This autotransformer steps the voltage up with a single copper-saving tapped winding. Image courtesy of All About Circuits

According to the NEC®, Article 411, Lighting Systems Operating at 30 Volts or Less, a secondary circuit shall be insulated from the branch circuit by an isolating transformer. Autotransformers cannot be used.

For example, if a step-down autotransformer has 240 turns with a source voltage of 240 V, the source is applied across the entire coil, and the volts per turn is 1 V/turn. If the secondary is tapped to use 120 of the turns, the voltage available to the load is 120 V.

For example, if a step-up autotransformer has 240 turns and a source voltage of 120 V is applied across only 120 turns of the entire coil, the volts per turn of the coil is 1 V/turn. If the secondary is tapped to use all 240 of the turns, the voltage available to the load is 240 V. Figure 2. The primary and the secondary have the same power rating. Autotransformers have several limitations that prevent their widespread use in power circuits. A significant limitation of an autotransformer compared to a conventional transformer is its low impedance. Another limitation is a lack of isolation between the primary and the secondary.

VS = secondary voltage (in V) Autotransformers share part of the windings between the primary and secondary. The delta-wye or zigzag winding of standard transformers is no longer present. Therefore, autotransformers are not able to block the flow of transients and harmonics throughout a 3-phase power system.

During a fault condition, there can be an open circuit in the common part of the winding. In such a case, anyone coming in contact with the secondary is subject to the primary voltage. In addition, the primary may become grounded and establish a high voltage between one of the low-voltage conductors and ground. If the winding shorts to the ground, it affects both windings, and the load could be subjected to high voltage. See Figure 5. The entire winding of an autotransformer should be designed with the insulation level required for the highest voltage expected. Figure 5. A short circuit from the primary winding to the ground can subject the load to the full voltage.