This article introduces MAGMENT's power inductors and transformers based on disruptive technology and discusses its advantages over conventional counterparts.

The increasing demand for more and clean energy has led to a rising need for large inductive components. This poses a challenge to providing magnetics optimized for cost, size and performance.

The high demand has sparked the development of both improved magnetic materials (e.g., powder cores, amorphous), winding technologies (e.g., copper foil, flat wire) and optimized core geometries. This has yield a high refinement, pushing the limits of an otherwise conventional way of making inductive components. However, advancement in small steps maybe not enough to cope with the market expectations driven by the renewables revolution.

MAGMENT power inductors and transformers are based on a disruptive technology for both a novel material and an innovative magnetic design. The material is a patented concrete with magnetisable particles embedded in a cement matrix manufactured in a pressureless process. Its features are (Figures 1 and 2): 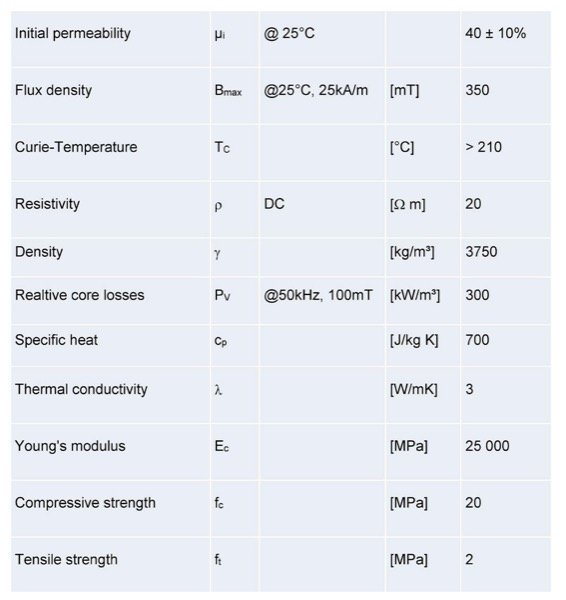 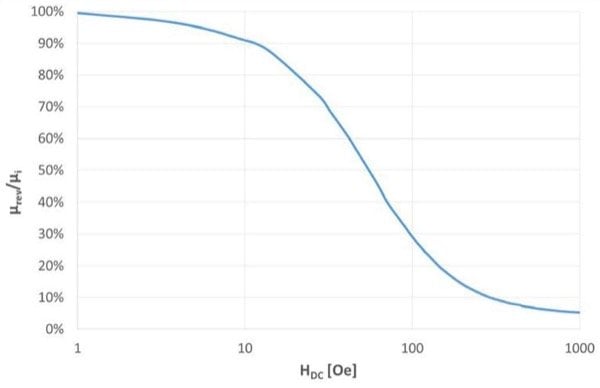 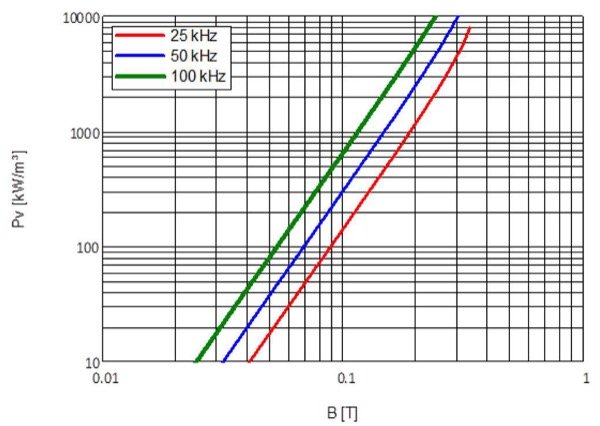 These unique and outstanding properties allow the design of rugged inductive components with a distributed air gap for minimized winding losses by completely surrounding the coil by the MAGMENT material. This ensures a complete magnetic filling of the available volume within the housing yielding maximum performance and cooling. As compared to the conventional manufacturing of winding cores and sealing with a potting material, the flowability of our concrete materials allow a “wind and magnetic pour” process, which goes along with absolute shape and size flexibility. This allows to both tailor components to minimize material utilization and to any given space constraints by a special magnetic design algorithm yielding lowest cost as compared to any other inductive technology.

Figure 3 shows an example for a MAGMENT inductor and Figure 4 a comparison with a conventional inductor. The automated design process starts with the calculation of the MAGMENT inductor design parameters for given target parameters (inductance L, rated current I and DC resistance RDC). The design algorithm looks for the dimensions giving the lowest material cost and hence the most compact design. In case outer dimensions would be constrained by device space requirements, the algorithm would take this into consideration. Based on the output design parameters a suitable coil former is chosen and the winding laid out. The housing containing the inductor is then designed according to the outer dimension of the MAGMENT material block. 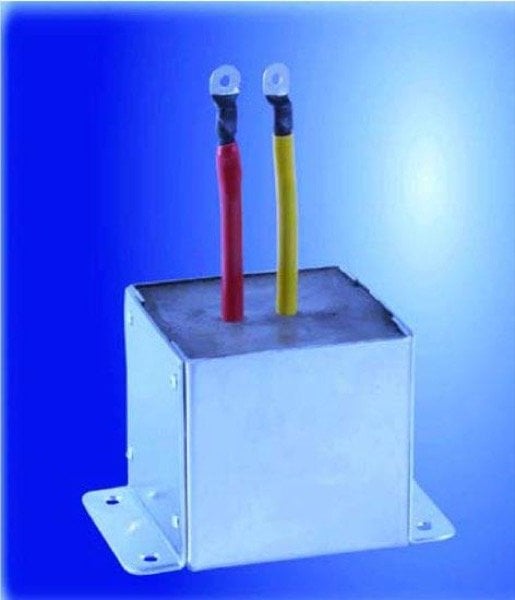 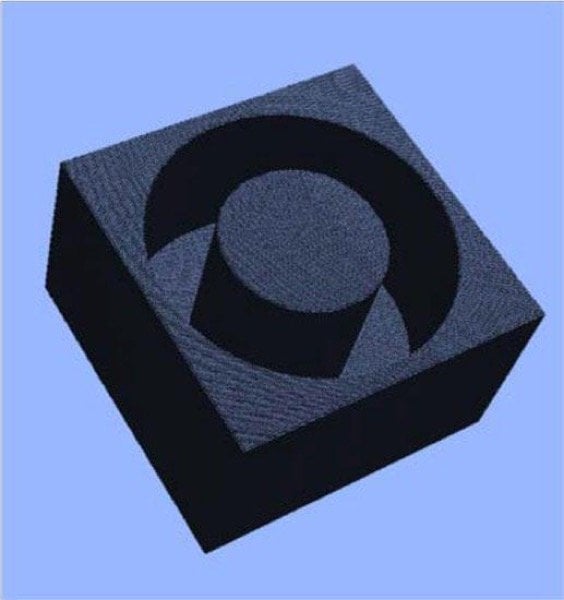 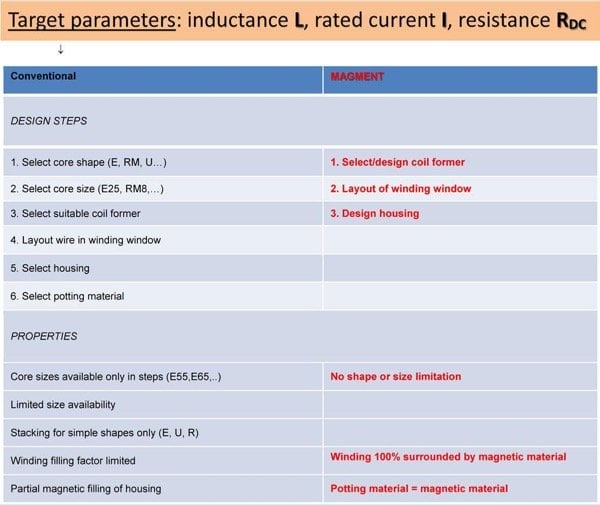 Figure 5: Inductor parameters relative comparison MAGMENT vs. conventional for an inductor with the same inductance value and one effective parameter: a) magnetic path le b) cross-section Ae c) volume Ve

The resulting magnetic effective parameters (Figure 5) show the clear advantage over conventional inductors. As a general rule and due to the complete magnetic filling of the available space the ratio Ae/le is much larger for INCOPA’S MAGMENT inductors. In a relative comparison of inductors with the same inductance and either the same (a) magnetic path, (b) cross-section or (c) volume the MAGMENT inductors show always a superior performance (inductance, core and winding losses) as well as cost. Figure 6 shows a comparison corresponding to case (c) for an inductor with L=55 µH and I=60A. Notice that both the inductance is higher both for low as well as for very large currents, showing a much higher energy storage capacity. 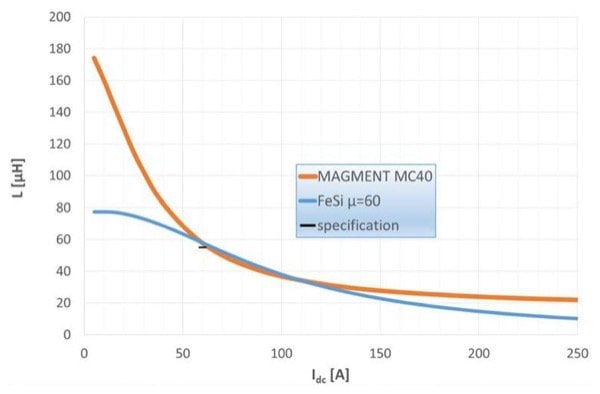 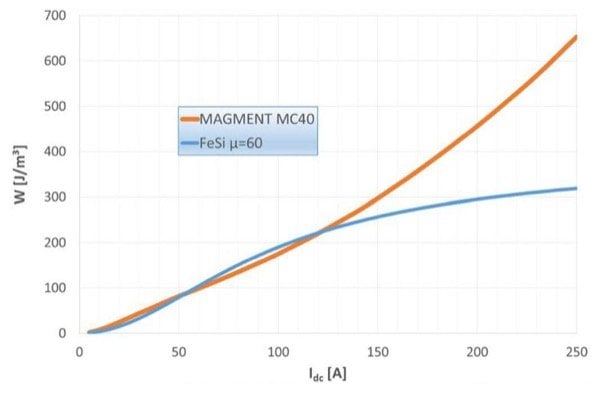 Beyond the technical superiority of the product as such, there are other extraordinary aspects pertaining to production and logistics. We have devised our production to have all inductor manufacturing processes under one roof. This allows to have short lead times and simplified stock holding of base materials allowing the quickest possible turnaround time from design-in to shipping. This contributes to keeping overall costs low, guaranteeing that INCOPA’s MAGMENT magnetics are by far the most economical alternative for a power inductive component.

Mauricio Esguerra is the CEO and Co-founder of MAGMENT concrete wireless power located in Unterhaching, Munich. He is particularly skilled in the field of electronics, product development and management. He has received awards throughout his career. Namely, IEC 1906 Award and IEC 1905 Award. He earned his Bachelor's Degree in Physics at the Technical University of Munich.