Erik Lindbergh, grandson of famed aviators Charles and Anne Morrow Lindbergh, has announced the formation of VerdeGo Aero, an innovative new aerospace company with a mission to provide the upcoming multi-billion-dollar urban transportation market with a safe, clean, and quiet hybrid-electric vertical takeoff and landing (eVTOL) aircraft that can fly piloted or autonomously.

Now 90 years later, grandson Erik Lindbergh’s team is making air travel as easy and safe for short trips as it is for long journeys. 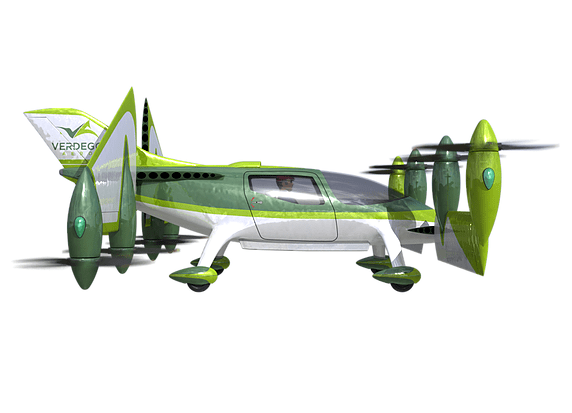 “Our global economy has been stuck in a traffic jam for decades but the technology is here to make the dream of “Flying Car” transportation a reality,” stated Erik Lindbergh. “Use your smartphone to book your Personal Air Taxi and your trip to a verti-port across town will take minutes instead of hours.

“At VerdeGo Aero, we are building the first safe and efficient short-range vertical takeoff and landing aircraft for the millions of people stuck in traffic in cities around the world,” Lindberg continued.

VerdeGo Aero has already begun building a customer council of forward-thinking aircraft operators positioning themselves to influence the future of short-range commercial aviation.

“We are enabling a new type of local air taxi service with an aircraft that is safe, quiet, and comfortable for passengers, while being profitable and reliable for local airlines operating fleets of eVTOL aircraft to create urban air travel networks” said Eric Bartsch.