US Department of Energy Partners with Universities to Form Perovskite Consortium

US Department of Energy Partners with Universities to Form Perovskite Consortium

The Department of Energy’s National Renewable Energy Laboratory and three U.S. universities have established a consortium to advance the commercialization of perovskite technologies.

Perovskites are synthetic materials modeled with the same crystal structure as the natural, highly versatile perovskite mineral. Perovskite crystals are used in a variety of applications, including lasers, LEDs and X-ray detectors, ultrasonic imaging, spintronics, and wireless communications. The newly formed U.S. Manufacturing of Advanced Perovskites Consortium (or US-MAP) will focus on the market potential of perovskite solar cells, which can be used to power grid-connected systems and are considered a promising method for low-cost, high-efficiency renewable energy generation.

The consortium was launched last month by the National Renewable Energy Laboratory, a research, and development organization owned and funded by the Department of Energy, in partnership with the University of Toledo’s Wright Center for Photovoltaics Innovation and Commercialization, the University of Washington’s Clean Energy Testbeds, and the University of North Carolina at Chapel Hil’s College of Arts & Sciences.

US-MAP will provide lab facilities and resources to help both startups and established companies with research and development, validation testing, and pilot manufacturing of perovskite solar cell technologies. 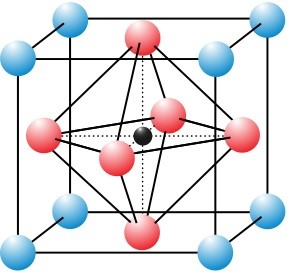 A schematic of Perovskite crystal structure.

In a news release, National Renewable Energy Laboratory Director Martin Keller said that perovskites could become a “game-changer” for solar applications, adding that. “By combining our research efforts, this new consortium will bring this technology to market sooner than if we were all operating alone,” Keller stated.

Joseph Berry, the consortium’s director, added, “Forming this collective will enable innovation in the U.S. that will strengthen our position in these important materials and associated technologies.”