According to Toyota’s news release in late June, the partnership will task Redwood Materials to collect, test and recycle Toyota’s original hybrid EV batteries into raw materials. From there, the project will expand into battery health screening, data management, and applications for remanufactured and repurposed EV batteries. 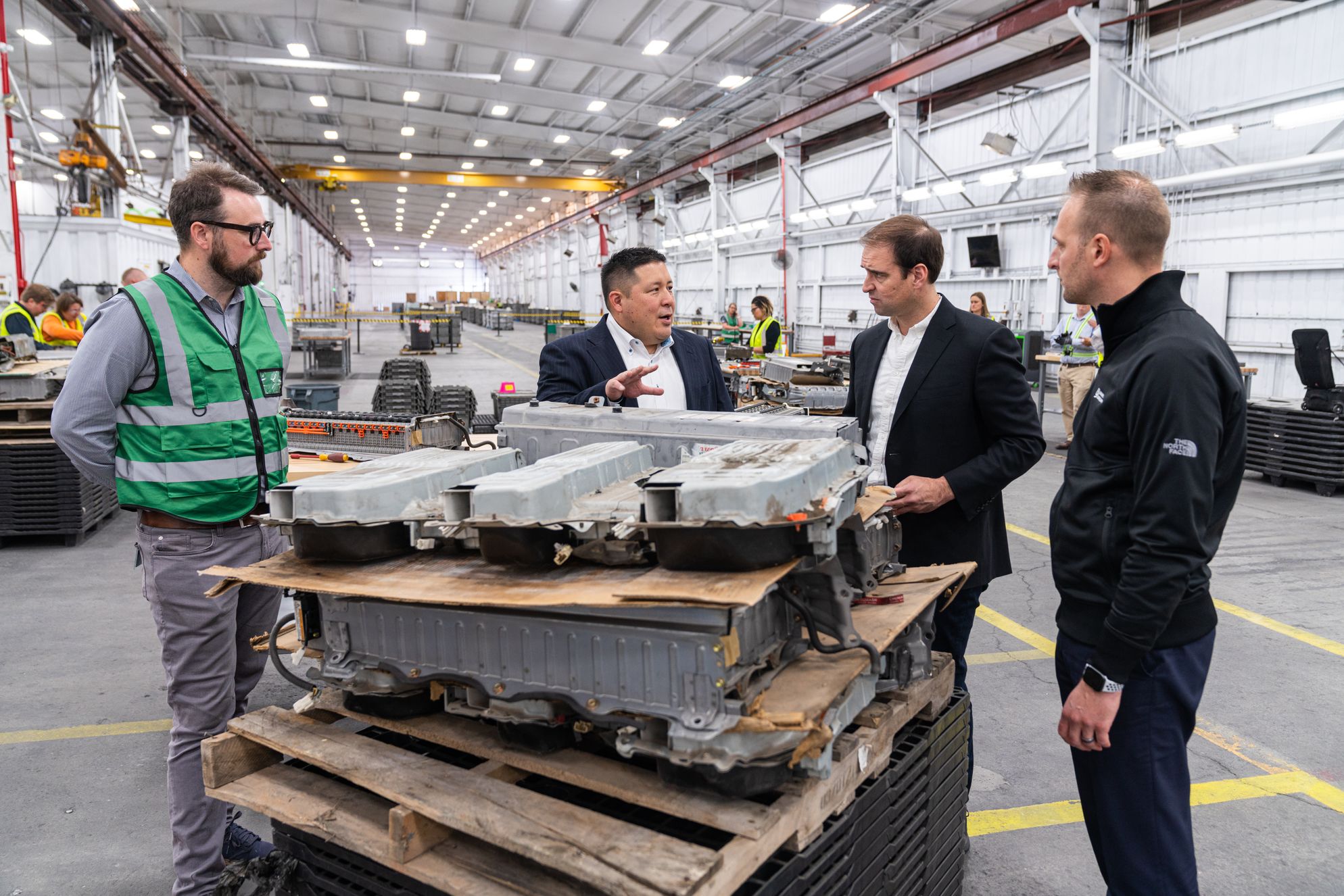 The deal comes as Toyota is ramping up its U.S. manufacturing footprint via its Toyota Motor North America (TMNA) subsidiary, which leads the company’s U.S., Canada and Mexico markets. Having built a total of over 29 million vehicles in the U.S., Toyota is further scaling its domestic production to meet the rising demand for battery and fuel cell EVs, hybrids, and plug-in hybrids.

The deal is a major win for Redwood Materials, whose battery recycling and repurposing solutions have attracted over $700 million in investments from Ford, Volvo, Amazon, Breakthrough Energy Ventures, and other prominent investors.

Stich says Toyota chose Redwood because the company’s solutions aligned with its goals to create a circular, closed-loop battery ecosystem, which includes finding ways to repurpose its existing and future EV batteries as they reach the end of life.

“Although we plan to work with multiple partners to support our mission, Redwood was a very easy choice to start with given our shared vision to drive down the environmental footprint and cost of batteries,” Stich said. 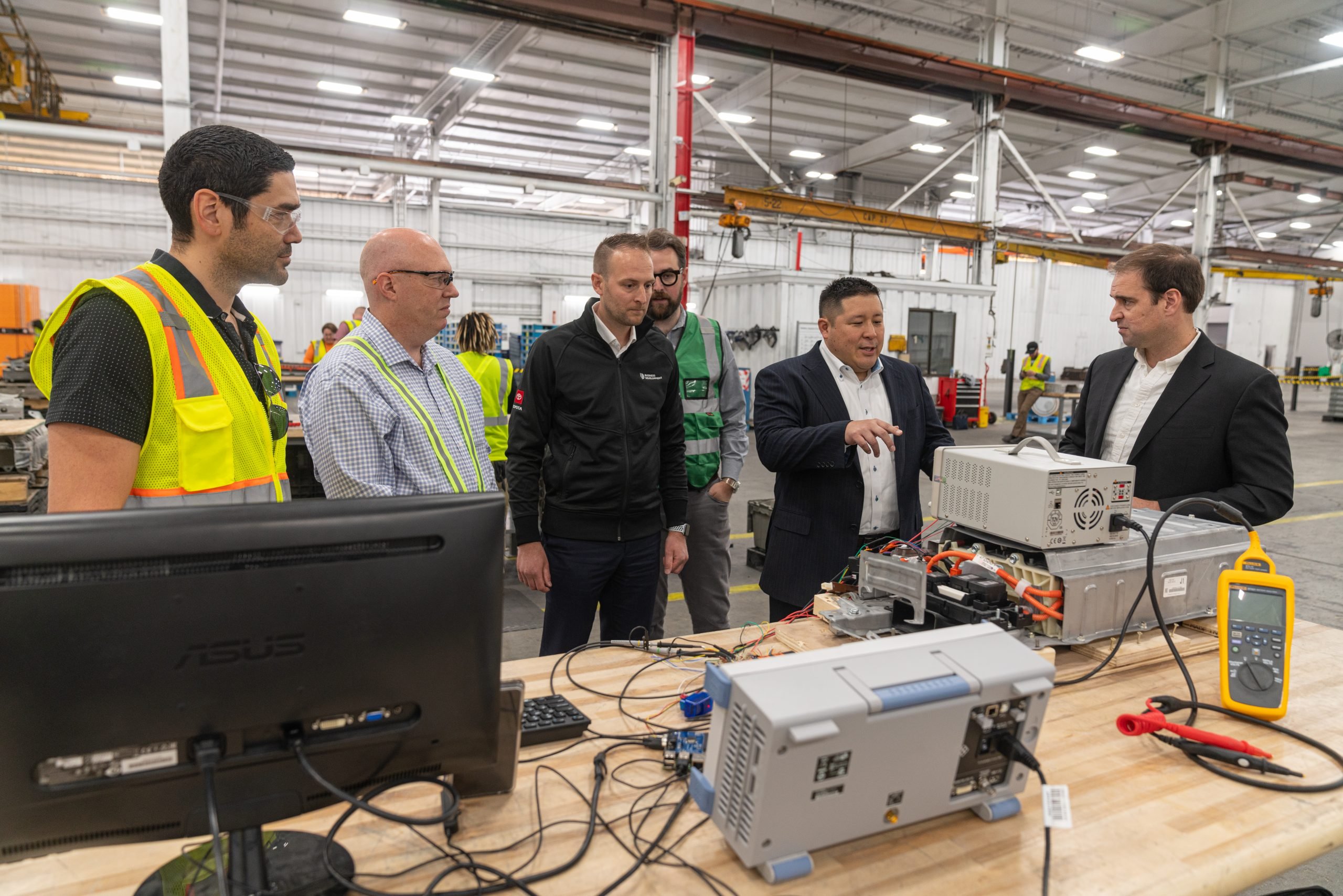 Founded in 2017 by former Tesla CTO JB Straubel, Redwood Materials markets a recycling and remanufacturing system that transforms end-of-life batteries into raw materials that can be used to make new anode and cathode components. Currently with a capacity of six gigawatt-hours (GWh) per year (which translates to about 60,000 EVs), Redwood is planning to ramp up its annual production to 100 GWh by 2025, enough for 1 million EVs per year. 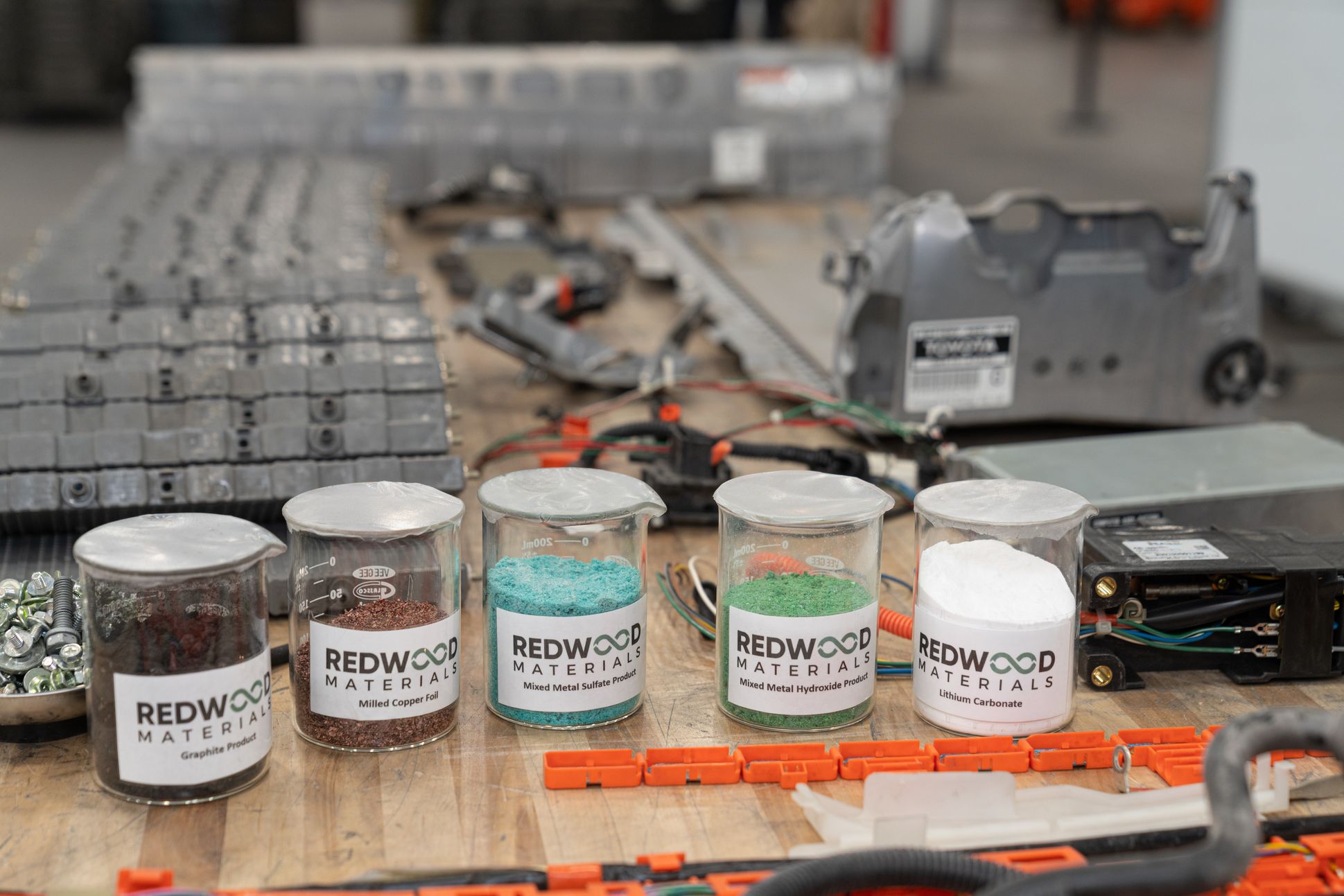 Redwood recycles EV batteries into raw materials that can be used for cathode and anode development. Image used courtesy of Toyota

Similar to its latest deal with Toyota, the startup announced a strategic partnership with Ford last year, aiming to create a closed-loop supply chain for the American carmaker’s battery materials. Redwood’s inaugural battery recycling program launched in California last February, with Volvo joining Ford as the first participating automakers. Per its announcement release, Redwood will identify and recover dead or dying battery packs, recycle them at its site in Nevada, and then reintroduce the materials for future cell production.

The battery recycling market is budding as the world’s leading carmakers pour billions of dollars into the large-scale production of EV batteries and components.

For Toyota’s global footprint, that price tag amounts to over $13.5 billion. And with EVs and hybrids currently accounting for about 25% of its U.S. sales volume, Toyota has committed over $3 billion to expand its domestic battery production through the end of this decade. That includes building a new $1.29 billion plant in North Carolina and spending $383 million to expand four of its existing sites.

In total, Toyota is spending $70 billion on its electrification strategy, aiming to release at least 30 electric models and sell 3.5 million EV units per year by 2030. To date, Toyota says it has sold over 18 million EVs cumulatively worldwide. And with millions more hitting the roads, millions of EV batteries will be due for recycling over the coming decades.