With the demand for battery-critical materials growing exponentially, automakers and mid-stream processors alike are racing to ink deals with suppliers.

“Price of lithium has gone to insane levels!”

So tweeted Tesla’s ever provocative CEO Elon Musk in an April reply to World of Statistics, whose post highlighting an unprecedented cost hike for the raw material showed a per ton discrepancy of more than $70,000 between 2022 and 2021. Indeed, per the International Energy Agency’s (IEA) Global EV Outlook 2022, the cost of lithium—which forms the chemical backbone of the lithium-ion (Li-ion) batteries powering modern electric vehicles (EVs)—exploded by a factor of seven in the 17 months between this May and last January.

What’s worse, that reality, albeit to a lesser extent, is reflected across the spectrum of materials critical to EV batteries. Prices for nickel and cobalt are also surging, says the IEA, and the demand for graphite will soon outstrip supply.

Against that backdrop, automakers and materials processing specialists have shored their supply in recent weeks with a number of offtake deals, whereby companies agree to purchase a certain percentage of raw material produced at a mining operation.

Among the players are multinational giant Stellantis, Hong-Kong based Graphex Group, and Tesla itself, which finalized a significant agreement to secure lithium from Australia.

Below, we dive into the details.

Though the company is in the midst of what Musk described as a “very tough quarter” in a leaked email to employees last weekend, Tesla did manage to secure the purchase of more than 100,000 tons of lithium spodumene ore from Liontown Resources’ Kathleen Valley site in western Australia.

On June 6, the companies executed a definitive agreement whereby Tesla will offtake nearly a third of the mine’s raw production, expected to come online in 2024. Should the project be delayed, Liontown has until December 1, 2025 to commence commercial operation. Once operational, Tesla will purchase those 100,000 dry metric tons in the mine’s first year, with expectations for an increase to 150,000 tons in the years following; that total is equivalent to roughly 22,000 tons of lithium hydroxide, Liontown Managing Director Tony Ottaviano said in an email. Tesla offered no detail, though, with regard to where it intends to process the lithium into battery-grade material.

The move comes on the heels of a much smaller offtake the company secured late last year targeting graphite, which EE Power covered in February.

As it expands further into North America, Stellantis on June 2 entered into a binding offtake agreement with Controlled Thermal Resources to purchase lithium hydroxide from that company’s project in Imperial County, near the Mexican border.

The project, dubbed “Hell’s Kitchen,” will utilize renewable energy to both harvest lithium hydroxide from geothermal brines and convert the material into battery-grade product.

Once operational, the site is slated for a production capacity in excess of 300,000 metric tons per year. Through its agreement with CTR, Stellantis will be entitled to just a fraction—CTR has agreed to supply the company with up to 25,000 metric tons of lithium hydroxide per year over the agreement’s ten-year term. 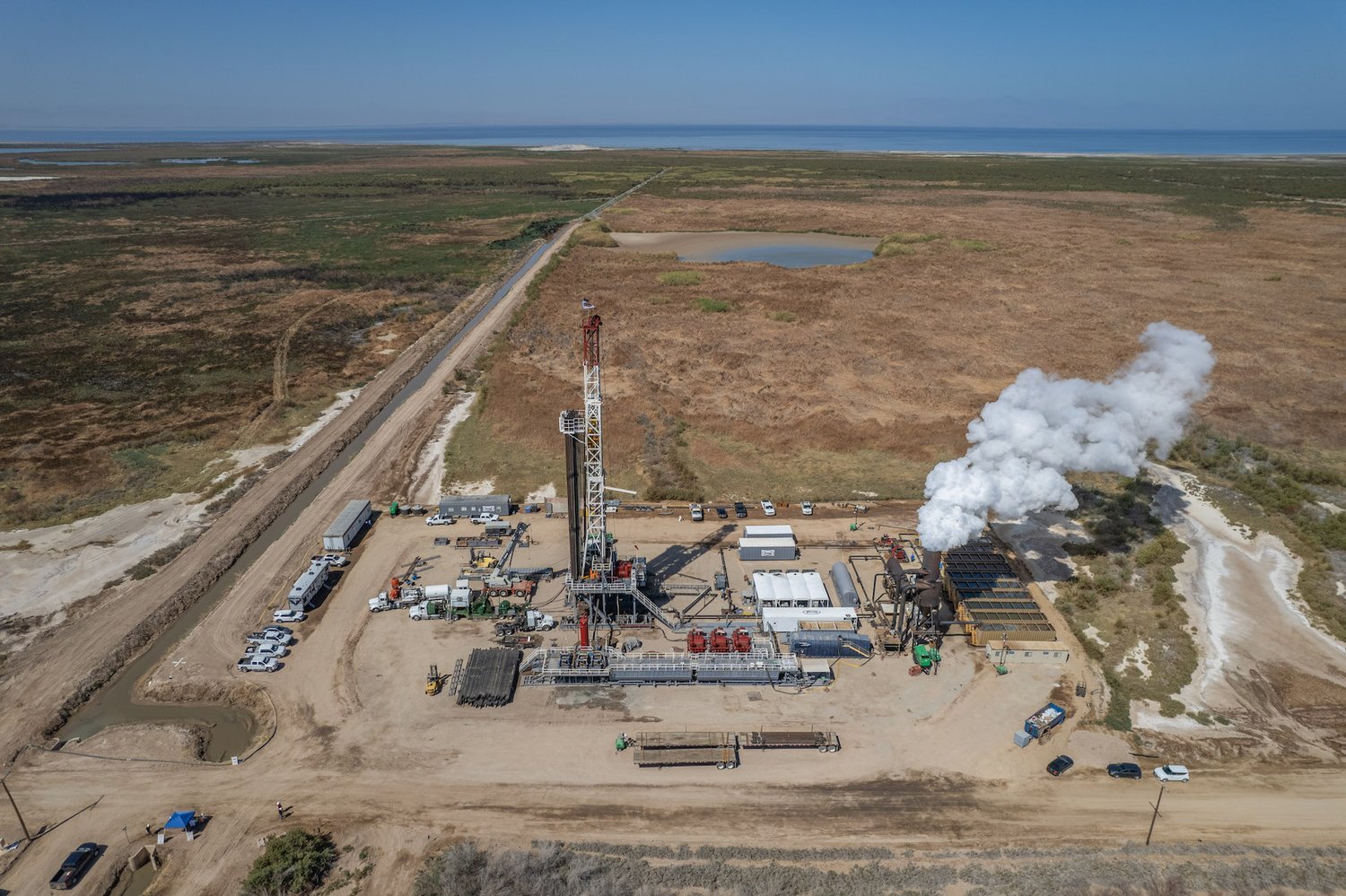 CTR will provide Stellantis with up to 25,000 tons of lihtium hydroxide per year. Image used courtesy of Controlled Thermal Resources

The move is set to bolster Stellantis’ ambitious electrification targets in the North American market. Late last month, the company entered into a joint venture to construct a $2.5 billion Li-ion battery production plant in Indiana, roughly a month after inking a separate joint venture deal with LG Energy Solution to build the first large-scale battery facility in Canada.

As part of its Dare Forward 2030 plan, Stellantis is looking to hit 50% battery electric vehicle (BEV) sales across the continent by the end of the decade.

Graphex to Source Graphite from Tanzania

In March, following the announcement of its intent to produce a new active anode material (AAM) manufacturing facility in Michigan, Graphex Technologies selected Warren, a suburb of Detroit, as the home for its new plant.

Now, the company is securing graphite to supply it.

Last Tuesday, the Graphex Group subsidiary signed a letter of intent to enter into a binding offtake agreement with Australia-based Volt Resources, which will provide the company with natural graphite from its Bunyu project in southern Tanzania.

The move will further diversify Graphex’s downstream supply chain. The company is exploring offtake agreements in Canada, Madagascar and Mozambique, and signed a separate letter of intent last week to develop a manufacturing and processing facility with South Star Battery Metals, which is developing mines in Brazil and Alabama. “We anticipate that some of these assets are going to be delayed, for one reason or another, so we’re casting a fairly wide net right now,” said Graphex Technologies CEO John DeMaio, in an interview with EE Power.

The company will purchase 5,000 tons of graphite per annum from Volt, through a term set to last for ten years. Once it has the raw material, Graphex will push it through a complex purification process at the Warren site, slated to come online in the second quarter of 2023.

The company coats its material by mixing it with asphalt powder before heating and cooling it through a specific temperature gradient, which limits anode expansion during charge and discharge and leads to significantly longer lifespans in finished batteries, said DeMaio, who joked that he knows enough about engineering “to be dangerous.”

Graphex has also engineered its AAM down to six microns in size, significantly leaner than the 12 to 17 that is standard across the industry, DeMaio said.

“You can give two different chefs the same raw materials, and you’re gonna get two different outcomes,” he said. “We think our chefs are pretty good.”