Northvolt and Galp to Build Lithium Conversion Plant in Portugal

Northvolt and Galp to Build Lithium Conversion Plant in Portugal

The companies, through their joint venture Aurora, will construct the site just south of Lisbon in the coastal city of Setúbal, where it will produce enough lithium hydroxide to power more than 700,000 electric vehicles.

Slated for commercial operation beginning in 2026, Northvolt and Galp will produce the site through Aurora, the 50/50 split-stake joint venture they established last December. Per Northvolt’s release, the companies expect to invest some $755 million into the project, which they say will create roughly 3,200 jobs, 200 of which will be direct. 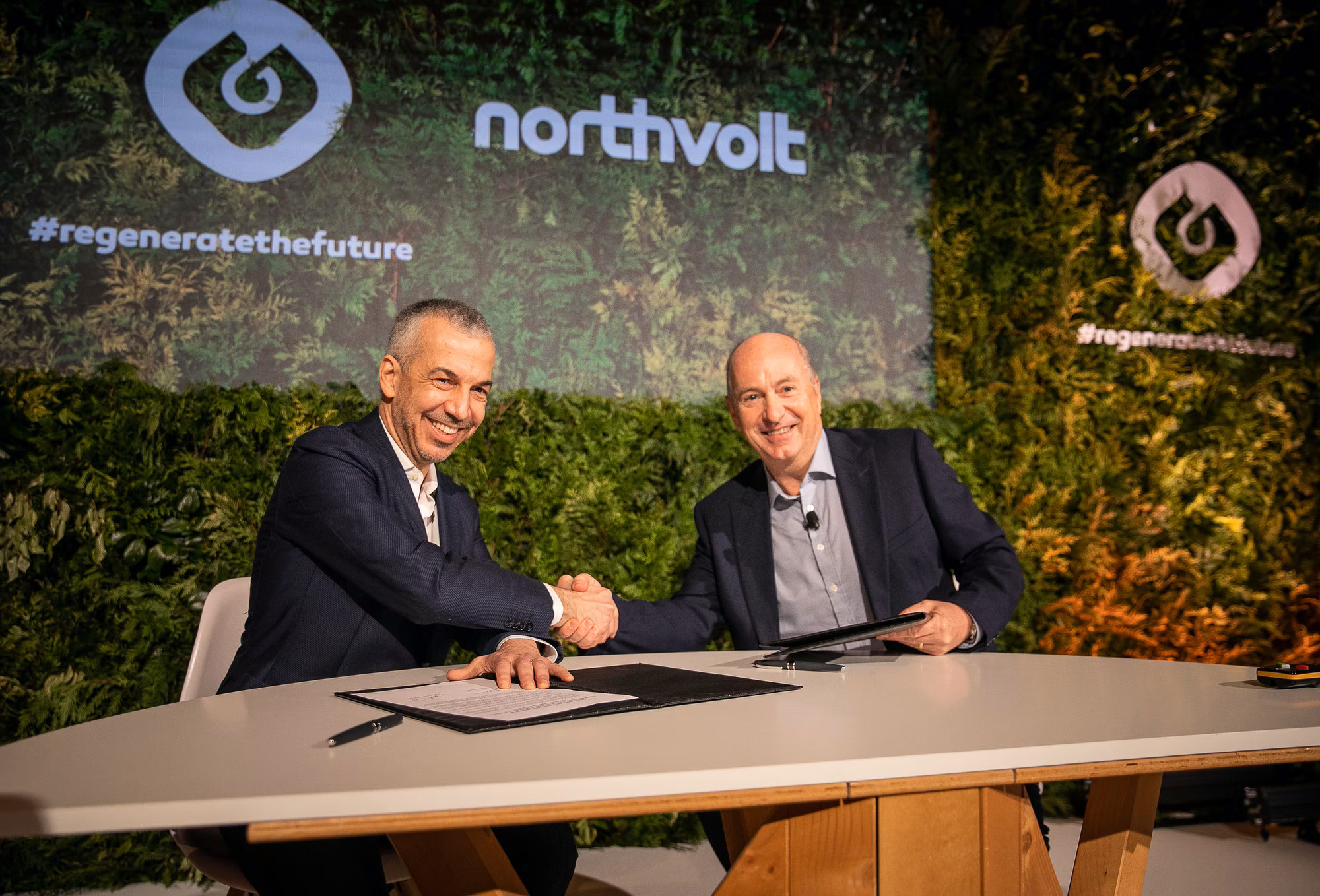 Once complete, the facility will sport an annual production capacity of up to 35,000 tons of lithium hydroxide, enough for 50 gigawatt hours (GWh) of lithium-ion (Li-ion) battery production, making it the largest plant of its kind on the continent.

As part of the companies’ joint venture, Northvolt has agreed to offtake up to 50% of the plant’s capacity for use in its battery manufacturing.

While lithium is more plentiful elsewhere in Europe, namely in Germany and Serbia, Northvolt and Galp selected the Iberian peninsula with an eye toward sustainability

The companies believe the area, home to 300,000 and 270,000 tons of respective lithium reserves in Spain and Portugal, offers the necessary tools to extract, concentrate, and convert the mineral with a limited footprint.

That’s particularly true, they said, in Setúbal, whose location in the Sapec Bay Industrial Park lends it robust access to infrastructure, railway, and port facilities, and is close in proximity to by-product users in the cement and paper industries. 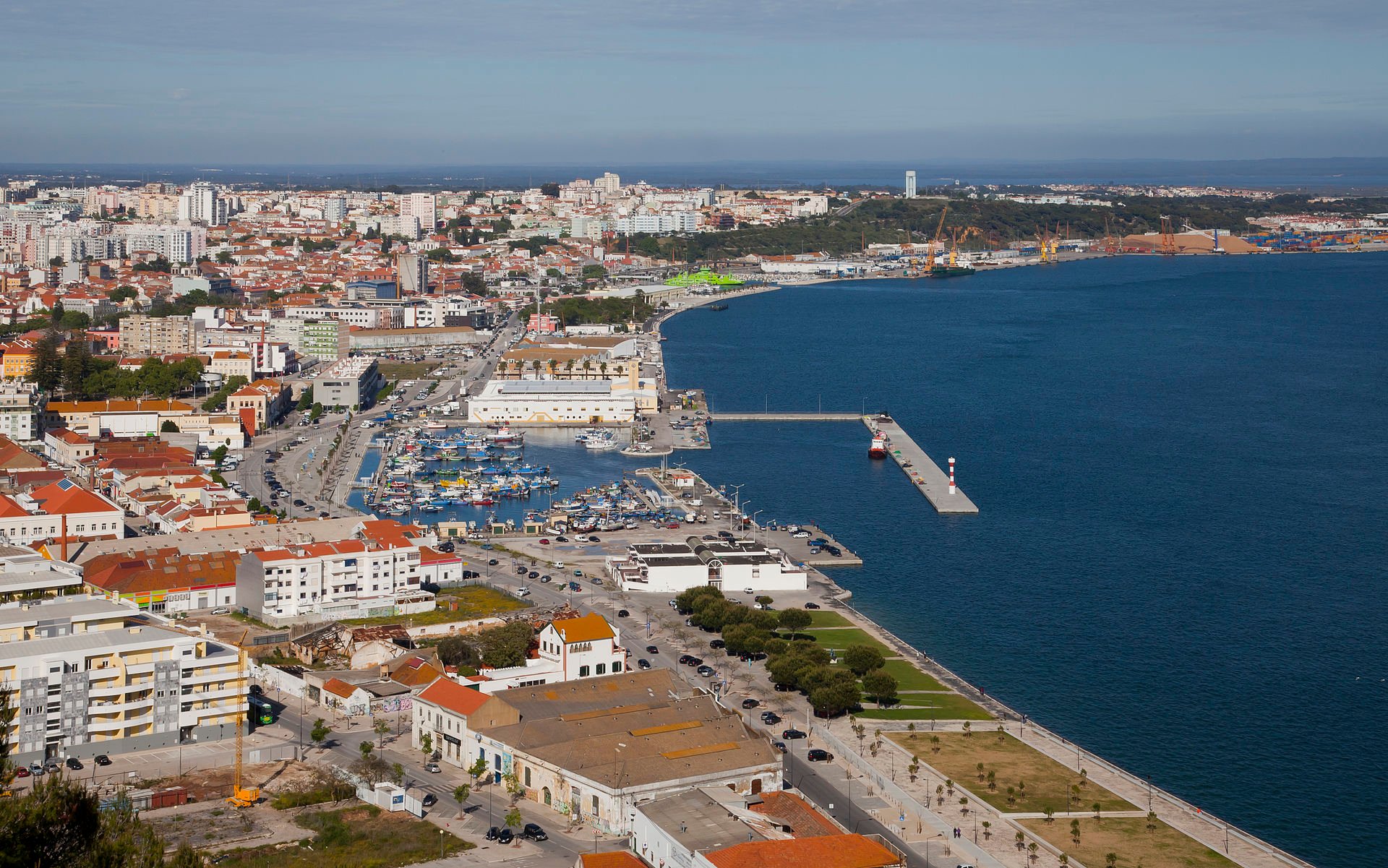 Still, despite Northvolt and Galp’s emphasis on drastically reducing emissions, the companies offered no details with regard to how they intend to power the conversion process with green energy, nor where or from whom they will source their raw materials in a European supply chain that is far from secure.

Seeking to intensify the transition to EVs, last July the European Union proposed a ban on the sale of any vehicle fueled by petrol or diesel after 2035. But the bloc’s pursuit of its aggressive climate policies could be undermined by demand that far outstrips production.

Though it will play host to a significant cadre of planned battery gigafactories, including several from Northvolt itself, Europe’s hunger for batteries is on track to dwarf its current production capacity by a magnitude of 10 or even 15 by 2030, per the Center for European Policy Analysis. 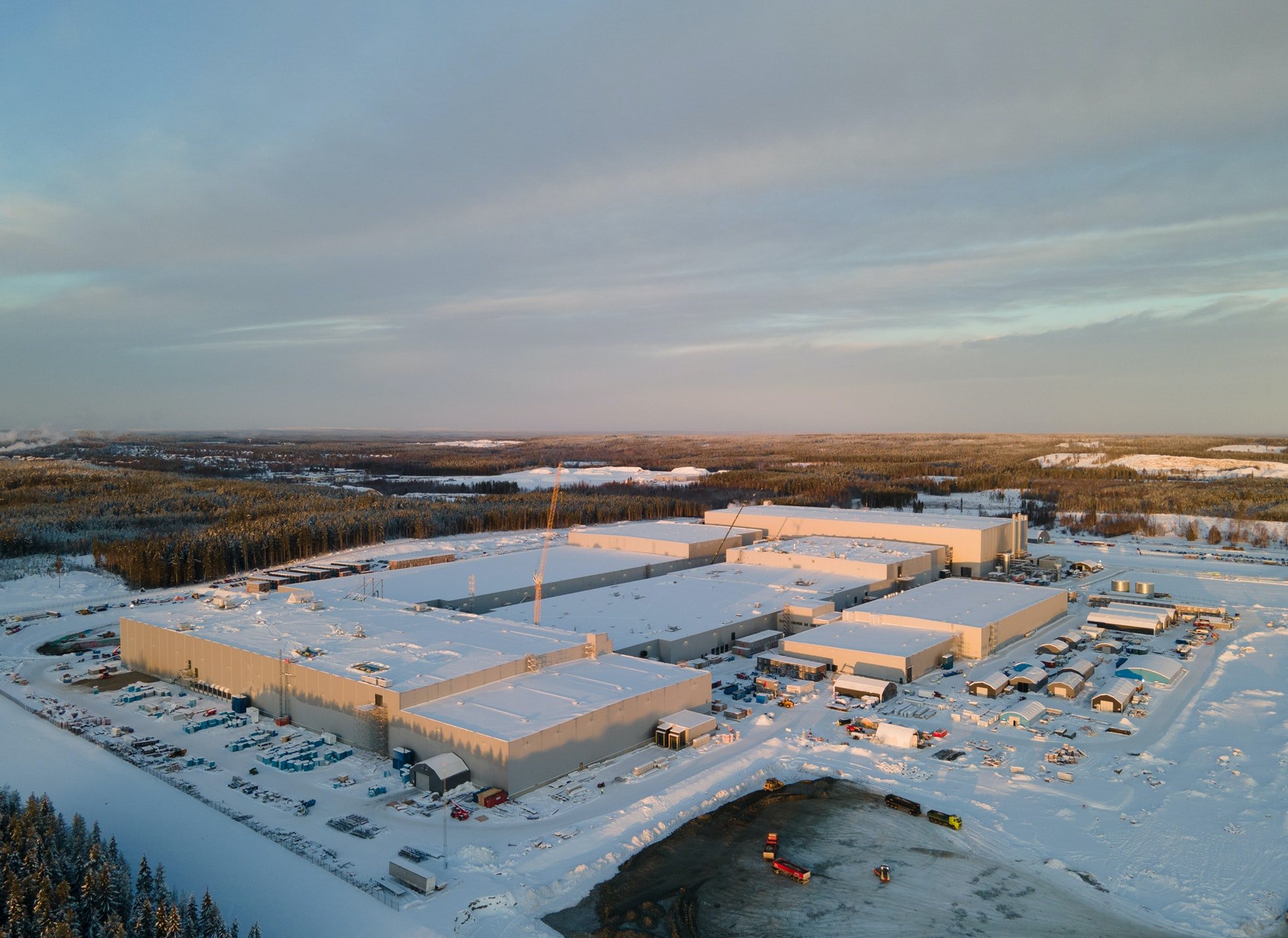 Northvolt has three gigafactories in the works; here, its ETT plant in Sweden. Image used courtesy of Northvolt

What’s worse, the global race for lithium mirrors that of other battery-critical materials, such as graphite, whose supply chains are faced with looming shortfalls. Per industry data firm Benchmark Mineral Intelligence, 2030 could see a lithium shortage on the order of 300,000 tons.

And lithium procurement in the EU has been hampered by a slew of recent setbacks.

Lithium hydroxide is one of the material’s two forms, the other being lithium carbonate, saturating the Li-ion cathodes of modern EVs. Given its enhanced performance and superior life expectancy, hydroxide is increasingly preferred.

To procure the material, producers have two options: Pump water into the earth to create a brine, which after extended evaporation yields lithium carbonate readily convertible to hydroxide, or directly mine spodumene ore, a lithium-bearing mineral derived from pegmatite rock. 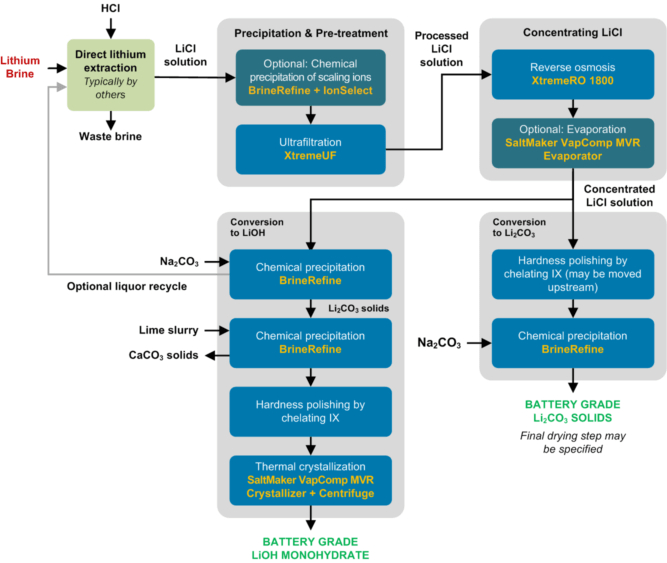 An example of battery-grade lithium processing from brine. Image used courtesy of Saltworks

In Europe, both methods are under fire for a host of environmental concerns.

To the East, Serbian Prime Minister Ana Brnabić announced January 20 that her government, amidst widespread public opposition, had decided to revoke licenses previously granted to the Anglo-Australian mining giant Rio Tinto, which had intended to develop Europe’s largest lithium mine near the western city of Loznica.

In Germany, despite its stated intention to harvest lithium from brine using clean geothermal energy at its project site in the Upper Rhine Valley, Vulcan Energy Resources last November paused its application with German regulators amidst similar pushback.

And in Portugal itself, a crowd of more than a thousand, including municipal governors, took to the streets of Viana Do Castelo in protest of lithium prospecting in the country’s north.

Still, Northvolt and Galp, which after a long history in the fossil fuel industry is aiming to reduce its emissions by 40% by 2030, view their plant as a potential milestone for sustainability in Europe.

"This is a once-in-a-generation opportunity to reposition Europe as a leader in an industry that will be vital to bringing down global CO2 emissions, in line with European and Portuguese climate-change priorities," said Galp’s CEO, Andy Brown.