A US Department of Energy study shows that smaller-scale wind turbines could bring cleaner power to millions of households.

When we think of wind power, we mostly picture row after row of huge onshore, or sometimes off-shore, wind turbines energizing the power grid. There is another way. 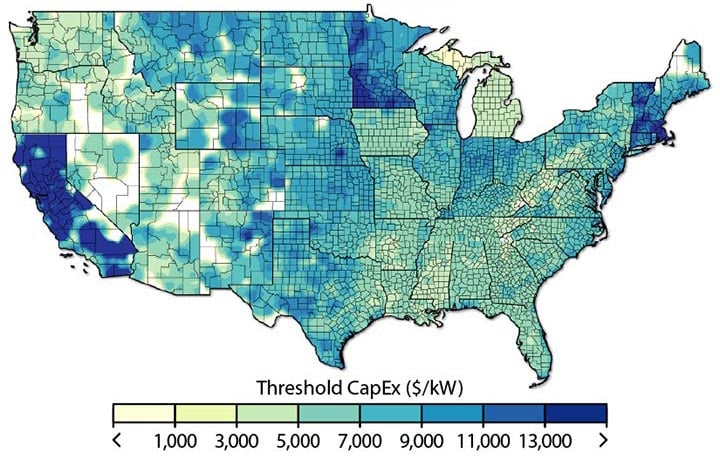 The U.S. Department of Energy’s (DOE) National Renewable Energy Laboratory (NREL) has released the Distributed Wind Energy Futures Study, which shows that smaller-scale distributed wind energy, “could bring clean power to millions of American households.” According to the study, distributed wind has the potential to provide more than half of the nation’s current annual electricity consumption.

Distributed wind energy typically refers to small-scale wind turbines that are used to offset electrical energy consumption at homes, farms, businesses, and public buildings. Distributed wind can be placed in so-called “behind-the-meter” applications, allowing the system to directly offset a user's consumption of retail electricity. Distributed wind energy can also be used in “front-of-the-meter” applications where the system is connected to the local power grid. In scale, distributed wind installations can range from a less than-1-kW off-grid wind turbine, powering a home or telecommunications equipment to a 10-MW community-scale energy facility.

The study also concluded that “There are significant opportunities to expand distributed wind in disadvantaged communities that have a high risk for environmental hazards and/or areas that include high proportions of low-income households, potentially creating a way to reduce energy costs in these communities.”

Expanding behind-the-meter deployments of distributed wind in Texas, Montana, Michigan, and New Mexico by 2035 is seen as a major opportunity. At present, approximately 1.1 gigawatts (GW) of distributed wind capacity is currently installed in the United States.