If successful, the company’s proposed project, dubbed “Olympic Wind,” will be the first floating commercial-scale offshore wind installation along Washington’s coast. Located in federal waters off the coast of Grays Harbor and Pacific counties, the project is expected to carry a capacity of about 2 gigawatts (GW)—enough to power 800,000 households in western Washington.

Pending an extensive regulatory process, Trident plans to start construction around 2028, with commercial operations kicking off in 2030. 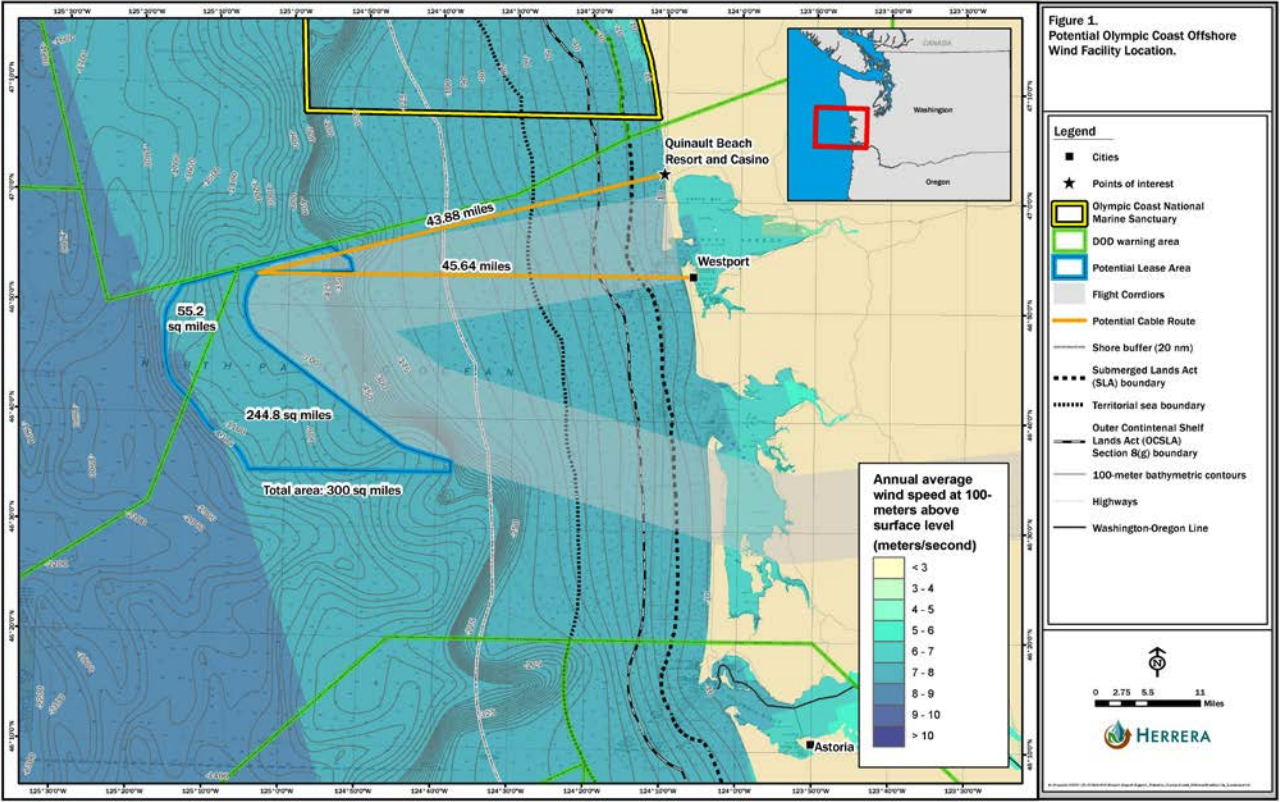 In its lease request, Trident says the project aims to harness winds with an average speed of 17.9 to 19 knots through offshore wind turbines situated in waters 1,970 to 4,300 feet deep, around 43 miles from Grays Harbor. The energy produced and collected at the floating substation will be routed onshore through an export cable system.

Separately, Trident is also the developer behind the Castle Wind offshore wind project in Morro Bay, located about 20 miles off the central California coastline. Once complete, the project is expected to produce 1 GW of power for 400,000 homes—half the capacity of the Olympic Wind project.

As with the Olympic Wind project, Castle Wind started with an unsolicited proposal from Trident in 2016. It’s taken six years to move from that initial lease request to the near-auction stage.

Last May, the BOEM designated the Morro Bay area for a potential lease sale in 2022, and just last week the agency announced that it’s now seeking comment, until May 6, on its draft environmental analysis report. Though no date has been set, industry players now expect the auction will be held late this year. 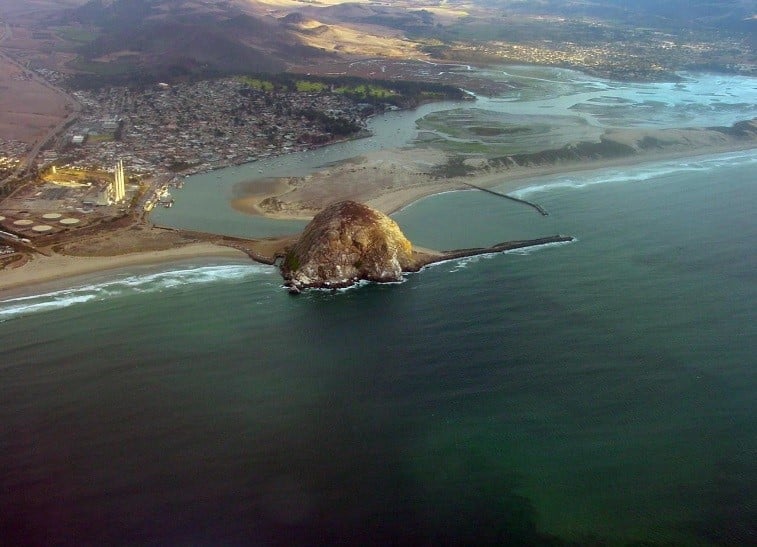 The Castle Wind project off Morro Bay is six years in the making. Image used courtesy of the Morro Bay National Estuary Program

In anticipation, oil/gas giant TotalEnergies announced last month it had entered the Castle Wind LLC joint venture, purchasing the shares from EnBW North America, which is refocusing on Europe after the two partnered to win an area in the New York Bight offshore lease auction (which EE Power covered here). TotalEnergies is a significant player in this still-nascent market, with more than 10 GW of offshore wind projects in its development pipeline.

Together with Castle Wind, the companies are among several qualified contenders eyeing a commercial lease within the jurisdiction, whose boundary is located about 20 miles off the central California coastline and contains some 376 square miles. Notable competitors include renewable energy providers such as Ørsted, Avangrid, and Equinor.

The latter, in partnership with the energy behemoth BP, owns the Beacon 1, Beacon 2 and Empire Wind projects off the coast of New York, which recently earmarked major funding for preparatory port renovations. Equinor is eyeing the same block area as Castle Wind.

Next Steps for Olympic Wind

The Olympic Wind project is several years away from coming to fruition, pending the BOEM’s review of the legal, technical and financial qualifications needed to hold a lease for offshore energy development.

If the agency confirms those qualifications, it will issue a request for competing interests. If other developers express interest, the BOEM will hold a lease sale; otherwise, the agency will negotiate the lease. Then, the BOEM will conduct and review a series of site assessments and studies before finally signing off on the project’s construction and operation. According to the Northeast Ocean Data Portal, the BOEM’s four-stage process can take upwards of 10 years or more to complete.

Assuming the award is a non-competitive lease and no other developers are interested in the area, Trident expects a full commission and commercial operation date around 2030.

The timing is in line with a key milestone in the State of Washington’s renewable energy goals: The state’s 2019 Clean Energy Transformation Act requires electric utilities to reach greenhouse gas-neutral capacity by 2030, with certain provisions and natural gas offsets in place to ease the transition. Beyond that, all utilities will be expected to provide 100% clean and non-emitting electricity supply by 2045.