Researchers from the National University of Singapore discover a way to generate electricity from shadows.

At the Materials Science and Engineering and Physics departments of the National University of Singapore, researchers have found a way to use the contrast produced between illuminated and shadowed areas to generate electricity. 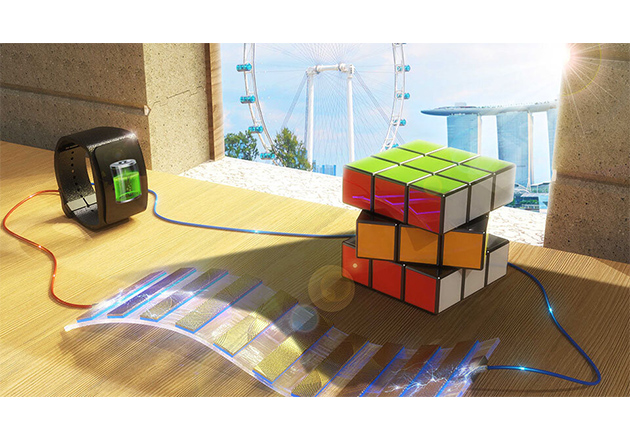 For engineers working on creating devices powered by a constant and reliable source of light, the new method of generating electricity developed by the NUS team could be a truly revolutionary perspective for future device development. The NUS researchers created a device called a shadow-effect energy generator (SEG) which shows better performance than commercial silicon solar cells under the effects of shadows. This breakthrough research was led by Assistant Professor Tan Swee Ching and was published in scientific journal Energy & Environmental Science in April 2020.

The NUS team’s SEG is particularly designed for indoor applications where there are consistent shadows and where solar cells are simply not the best option. The researchers believe that their SEG could be used to replace large, cumbersome batteries for wearable applications due to its lightweight and flexible structure.

How Does the Shadow-Effect Energy Generator Work?

The NUS observed that when the SEG is fully illuminated or completely shaded, the level of electricity generation is quite poor. However, when a portion of the SEG is illuminated the team saw that there was a significant electrical output. The SEG is made up of cells of a thin gold film, which is deposited on an n-type silicon wafer. the cells are arranged next to each other in a row on a flexible and transparent plastic strip. When partially exposed to light and a shadow, a voltage difference is induced which causes the flow of electrons to generate energy. The NUS team found that electricity generation was optimum when their SEG was half exposed to light and shadow.

This new breakthrough provides the opportunity for the power industry to make the most of electricity generation in busy and developing urban areas, where people, transport, and construction are just some of the factors that generate shadows. Pending further development, manufacturers and power plants could use this technology on-site to run their activities. The possibilities here are as of yet on the fringe of being illuminated.