A research team has discovered a previously unknown physical effect in artificial materials that can help create more energy-efficient and precisely designed electronics.

The material is made of very thin layers of nickelates, which is a compound composed of a nickel oxide paired with a rare-earth metal, which are the elements listed here. 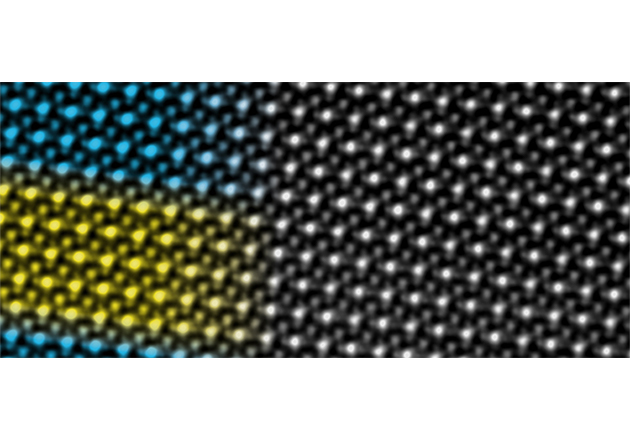 Currently, nickelates are known for having a very sudden switch from acting as an insulator to that of an electrical conductor when the temperature of the material rises over a certain threshold, according to Jean-Marc Triscone, a professor in Quantum Matter Physics at the University of Geneva.

Based on the certain nickelate used, the temperature can vary as the team compared a nickelate with samarium (Sm) and measured the metal-insulator jump at 130oC, while one with neodymium (Nd) has the threshold at -73oC. This drastic change occurs because the change from Samarium to Neodymium deforms the nickelate crystal structure, and this deformation directly controls the threshold temperature value. Now, while they have very different thresholds, the team wanted to see what happened when these materials had to interact with one another atomically.

For this, the team, according to the abstract of their paper published in the journal “Nature,” “atomically engineered an artificially phase-separated system through fabricating epitaxial superlattices consisting of SmNiO3 and NdNiO3.”

However, when the layers were made thinner, in fact down to a thickness of eight atoms to be exact, the entire sample behaved as a single material whose threshold temperature occurred at an intermediate value of the two original ones. However, the interesting find was that the deformation that accounted for the large threshold difference between SmNiO3 and NdNiO3 was not seen throughout the entire material when the two nickelates begin to act as one, but only 2 or 3 layers of each layer is affected by the deformation. This seems to be that the furthest layers still somehow know that they are within a certain distance from the other material without physical changes to their structure.

The maintenance of an interface with a fully insulating versus a fully conductive material is very costly in terms of energy. Therefore, when the layers are thin enough, the materials more or less “compromise” with one another and act as a single material with a common threshold temperature and in the same insulating or conducting state in order to minimize the required energy. This is a very novel way to accurately and precisely control the electrical characteristics of artificial materials, and these nickelate structures can find themselves in pressure sensor applications as piezoelectric transistors.

This kind of work will be the first of many types as researchers push to find new materials that they can precisely control the parameters of in order to create more energy-efficient electronics as energy continues to become a costly bottleneck to today’s electronic devices.