Rare earth elements are the “secret sauce” of numerous advanced materials for energy, transportation, defense and communications applications. Their largest use for clean energy is in permanent magnets, which retain magnetic properties even in the absence of an inducing field or current.

Now, U.S. Department of Energy researchers at Oak Ridge National Laboratory have invented a process to extract rare earth elements from the scrapped magnets of used hard drives and other sources. They have patented and scaled up the process in lab demonstrations and are working with ORNL’s licensee Momentum Technologies of Dallas to scale the process further to produce commercial batches of rare earth oxides. 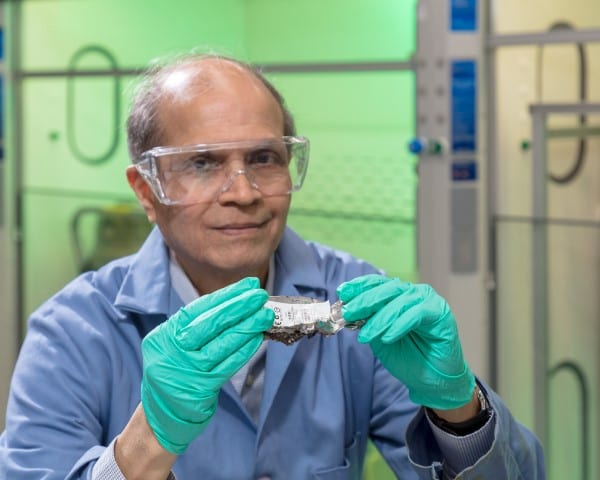 Through the patented process, magnets are dissolved in nitric acid, and the solution is continuously fed through a module supporting polymer membranes. The membranes contain porous hollow fibers with an extractant that serves as a chemical “traffic cop” of sorts; it creates a selective barrier and lets only rare earth elements pass through. The rare-earth-rich solution collected on the other side is further processed to yield rare earth oxides at purities exceeding 99.5%.

That’s remarkable considering that typically, 70% of a permanent magnet is iron, which is not a rare earth element. “We are essentially able to eliminate iron completely and recover only rare earths,” Bhave said. Extracting desirable elements without co-extracting undesirable ones means less waste is created that will need downstream treatment and disposal. 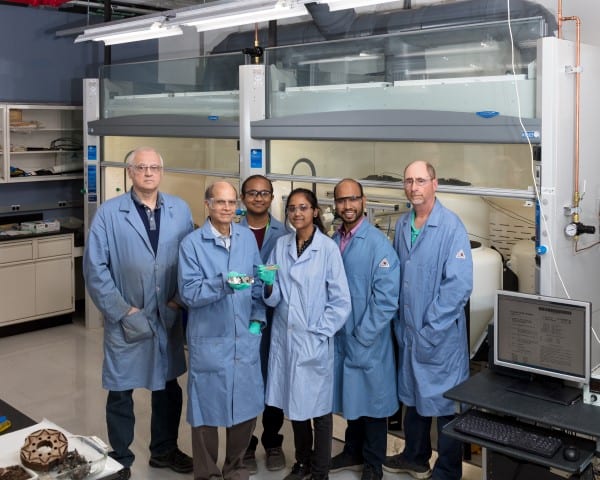 Supporters of the work include DOE’s Critical Materials Institute, or CMI, for separations research and DOE’s Office of Technology Transitions, or OTT, for process scale-up. ORNL is a founding team member of CMI, a DOE Energy Innovation Hub led by DOE’s Ames Laboratory and managed by the Advanced Manufacturing Office. Bhave’s “mining” of an acidic solution with selective membranes joins other promising CMI technologies for recovering rare earths, including a simple process that crushes and treats magnets and an acid-free alternative.

Industry depends on critical materials, and the scientific community is developing processes to recycle them. However, no commercialized process recycles pure rare earth elements from electronic-waste magnets. That’s a huge missed opportunity considering 2.2 billion personal computers, tablets and mobile phones are expected to ship worldwide in 2019, according to Gartner. “All of these devices have rare earth magnets in them,” Bhave noted.

Bhave’s project, which began in 2013, is a team effort. John Klaehn and Eric Peterson of DOE’s Idaho National Laboratory collaborated in an early phase of the research focused on chemistry, and Ananth Iyer, a professor at Purdue University, later assessed the technical and economic feasibility of scale-up. At ORNL, former postdoctoral fellows Daejin Kim and Vishwanath Deshmane studied separations process development and scale-up, respectively. Bhave’s current ORNL team, comprising Dale Adcock, Pranathi Gangavarapu, Syed Islam, Larry Powell and Priyesh Wagh, focuses on scaling up the process and working with industry partners who will commercialize the technology.

Over two years, the researchers tailored membrane chemistry to optimize recovery of rare earths. Now, their process recovers more than 97% of the rare earth elements.

To date Bhave’s recycling project has resulted in a patent and two publications (here and here) documenting recovery of three rare earth elements—neodymium, praseodymium and dysprosium—as a mixture of oxides. 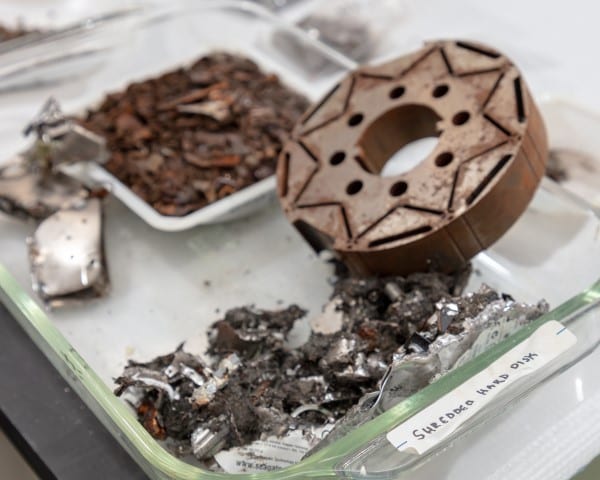 The second phase of separations began in July 2018 with an effort to separate dysprosium from neodymium and praseodymium. A mixture of the three oxides sells for $50 a kilogram. If dysprosium could be separated from the mixture, its oxide could be sold for five times as much.

The program’s second phase will also explore if ORNL’s underlying process for separating rare earths can be developed for separating other in-demand elements from lithium ion batteries. “The expected high growth of electric vehicles is going to require a tremendous amount of lithium and cobalt,” Bhave said.

The goal is to recover hundreds of kilograms of rare earth oxides each month and validate, verify and certify that manufacturers could use the recycled materials to make magnets equivalent to those made with virgin materials.

DOE’s Advanced Manufacturing Office, part of the Office of Energy Efficiency and Renewable Energy, funded this research through the CMI, which was established to diversify supply, develop substitutes, improve reuse and recycling and conduct crosscutting research of critical materials. ORNL has provided strategic direction for these areas since CMI began in 2013. This includes providing leaders for focus areas and projects that led to new innovations in aluminum-cerium alloys and magnet recycling.