On paper, it doesn’t seem like the super lithium-rich battery developed by a research team at Northwestern Univesity should work. For one, the novel battery uses iron, an inexpensive metal that has notoriously failed in batteries. And in another difficult feat, the battery leverages oxygen to help drive the chemical reaction, which researchers previously believed would cause the battery to become unstable.

But not only does the battery work, it does so incredibly well.

The result is a much higher capacity battery that could enable smart phones and battery-powered automobiles to last much longer.

“Our computational prediction of this battery reaction is very exciting, but without experimental confirmation, there would be a lot of skeptics,” said Wolverton, professor of materials science and engineering in Northwestern’s McCormick School of Engineering. “The fact that it actually works is remarkable.”

Supported by the US Department of Energy’s Energy Frontier Research Center program, the research was recently published in Nature Energy. Zhenpeng Yao, a PhD student in Wolverton’s laboratory, and Chun Zhan, a postdoctoral fellow at Argonne, served as the paper’s first authors. Wolverton and Yao led the computational development, and Argonne led the experimental component of the research.

Lithium-ion batteries work by shuttling lithium ions back and forth between the anode and the cathode. When the battery is charged, the ions move back to the anode, where they are stored. The cathode is made from a compound that comprises lithium ions, a transition metal, and oxygen. 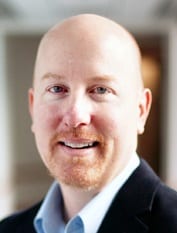 “In the conventional case, the transition metal is doing the reaction,” Wolverton said. “Because there is only one lithium ion for each cobalt, that limits of how much charge can be stored. What’s worse is that current batteries in your cell phone or laptop typically only use half of the lithium in the cathode.”

If the oxygen could also store and release electrical energy, the battery would have the higher capacity to store and use more lithium. Although other research groups have attempted this strategy in the past, few have made it work.

“The problem previously was that often, if you tried to get oxygen to participate in the reaction, the compound would become unstable,” Yao said. “Oxygen would be released from the battery, making the reaction irreversible.”

Through computational calculations, Wolverton and Yao discovered a formulation that works reversibly. First, they replaced cobalt with iron, which is advantageous because it’s among the cheapest elements on the periodic table.

Second, by using computation, they discovered the right balance of lithium, iron, and oxygen ions to allow the oxygen and iron to simultaneously drive a reversible reaction without allowing oxygen gas to escape.

“Not only does the battery have an interesting chemistry because we’re getting electrons from both the metal and oxygen, but we’re using iron,” Wolverton said. “That has the potential to make a better battery that is also cheap.”

And perhaps even more importantly, the fully rechargeable battery starts with four lithium ions, instead of one. The current reaction can reversibly exploit one of these lithium ions, significantly increasing the capacity beyond today’s batteries. But the potential to cycle all four back and forth by using both iron and oxygen to drive the reaction is tantalizing.

“Four lithium ions for each metal — that would change everything,” Wolverton said. “That means that your phone could last eight times longer or your car could drive eight times farther. If battery-powered cars can compete with or exceed gasoline-powered cars in terms of range and cost, that will change the world.”

Wolverton has filed a provisional patent for the battery with Northwestern’s Innovation and New Ventures Office. Next, he and his team plan to explore other compounds where this strategy could work.