A new study shows California not only has lots of electric cars but also has growing numbers of electric trucks and buses.

California has just 10 percent of the nation’s cars, but, with more than a million plug-in vehicles sold in the state, it accounts for more than 40 percent of the zero-emission cars in the U.S. We tend to focus on personal EVs, but it’s not just electric cars that are hitting California highways— 1,943 medium- and heavy-duty zero-emission vehicles, including 1,369 buses, 306 trucks, and 268 delivery vans were on the roadways as of July 2022, according to a news release from California Energy Commission (CEC). 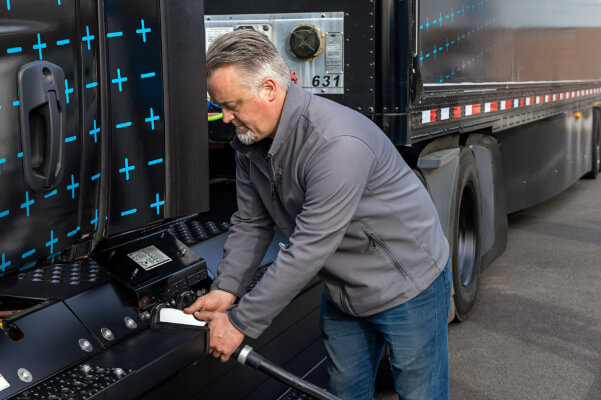 Why Give Up Diesel?

Heavy trucks account for 25 percent of carbon dioxide (CO2) emissions from transportation in the U.S., yet they make up only 4 percent of the vehicles on highways. Diesel emissions from trucks include nitrogen oxide and 57 percent of the fine particulate (or PM 2.5) emission in the U.S. Both pollutants have been related to chronic illnesses such as lung cancer and heart disease, and asthma, particularly in children.

Trucking companies initially resisted moving away from diesel power to electrification—primarily because of costs and limited range. The rapid improvement in battery technology and dramatic reductions in battery costs now make electrically powered light and heavy-duty trucks and buses affordable.

In fact, a recent study at Berkeley Labs has shown that switching from a diesel truck to an electric model can offer about 13 percent lower total cost of ownership per mile. The range has also improved to the point where recharging once per day makes electric local delivery trucks and school and city buses practical alternatives to diesel power.

“California is the new Michigan when it comes to zero-emission vehicle manufacturing, and we are the lead state for deployment of these vehicles whether it’s an electric car, a fuel cell transit bus or an electric delivery van,” said Patty Monahan, CEC Commissioner, in the news release. “These new tools will track our progress toward meeting state goals for zeroing out harmful pollution from transportation and will help identify gaps to ensure all communities are benefitting.” 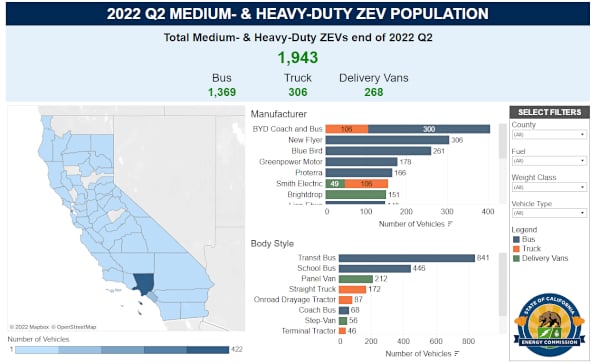 Data from the CEC tool can be configured in a variety of ways. Image courtesy of CEC

This programming was made possible by state funding initiatives provided by the California Air Resources Board (CARB).

"CARB's incentive programs to put zero-emission trucks on our roads and highways translate directly into cleaner air, especially in those communities that suffer from heavy truck traffic," said Liane Randolph, CARB Chair, in the CEC release. "And this is only the beginning. There are massive funding and complementary regulations on their way to accelerate the transition of trucks in California to zero-emission technologies and to cleaner air in communities that need it the most."