GE's introduction of its 3 megawatt (MW) Sierra platform is complemented by a new software management suite and a deal with HSM Offshore Energy.

In 2020, General Electric (GE) was the world’s most prolific installer of wind turbines. Its time as king of the hill was short-lived, though: per research from Bloomberg NEF, 2021 saw the company fall to the fifth spot, hampered as it was by sluggish domestic development in the U.S.

But a slew of moves in May indicate that GE has no interest in permanently relinquishing its mantle. The company’s month included a deal to further high-voltage substation deployment in Europe’s burgeoning offshore sector, the release of a fresh fleet-level software management suite on the 16th, and the introduction of its new 3 MW wind turbine platform—which, perhaps to reinvigorate U.S. efforts, has been engineered specifically for the North American market—less than 24 hours later.

Below, we dive into the details of each.

Looking to establish the next generation of onshore wind turbines in North America, GE in mid-May introduced the Sierra Platform, a powerful new 3 MW turbine incorporating its “revolutionary” two-piece blade. 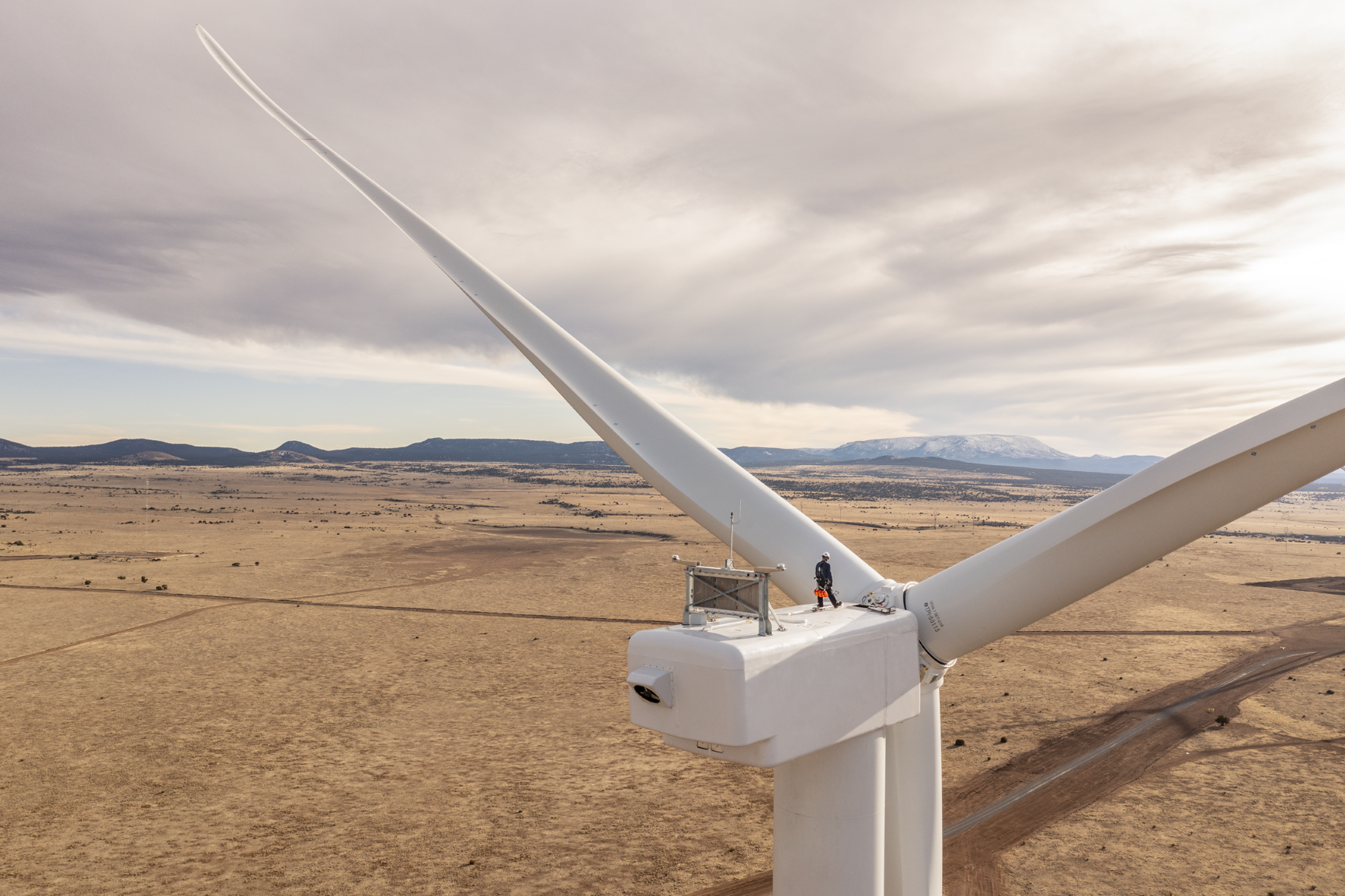 Beyond general power rating, GE was also able to enhance the engineering of its 2 MW platform—whose design served as the foundation for Sierra—to lend its 3 MW turbines greater capacity even at lower wind speeds. With its additional rotor length and an enhanced control monitoring management system, the platform can produce higher annual energy production per each turbine.

Another improvement GE has made with its Sierra turbines is the switch from passive to active yaw control. Passive yaw mode is dependent on wind force to direct wind hitting the rotor, whereas active yaw uses hydraulic drag to adjust the motor in line with the amount of wind.

The yaw system features hydraulic braking rather than traditional mechanical brakes, which allows the turbine itself to drive the generator pump. Hydraulic fluid is pressurized by the mechanical input that transfers energy into the hydraulic motor, making for smoother control and maximizing overall power.

In targeting the platform specifically at the North American market, GE took into account thorough feedback from both its customers and regional wind farm developers, said Pat Byrne, CEO of GE Onshore Wind.

The company will look to source a significant number of parts from domestic producers, and will use those parts to build full Sierra turbines at its manufacturing facility in Pensacola, Florida.

GE is looking not only to supply North America with superior turbines, but also to empower operators with more sophisticated software allowing them to monitor and optimize those turbines’ performance throughout their 20 to 25-year lifespan.

Just a day before its release announcing Sierra, the company unveiled that software in a new suite dubbed, naturally, “Lifespan.”

With the suite, GE aims to alleviate the stress operators face when attempting to manage and maintain large-scale turbine fleets. Often, operators’ control their farms with teams spread throughout the country, which forces them to efficiently cross-reference those teams’ data before coordinating remotely to troubleshoot errors, recommend solutions, and even to physically analyze each turbine. Of course, that’s a complex process, and it isn’t always seamless.

To develop a more streamlined solution, GE dedicated a team to two-and-a-half years of product development, a process that involved extensive collaboration with field teams from more than 40 countries.

The result is a suite that “brings everything together,” both aggregating data and enabling secure command and control, said Brian Case, GE Renewable Energy's chief digital officer.

Lifespan features artificial intelligence to analyze current performance and inspection data, and then translates that data to accurately predict future maintenance requirements. Operators and technicians can also view smaller amounts of critical data via the edge computing feature, which saves initial data to local servers before sending it to the larger cloud. 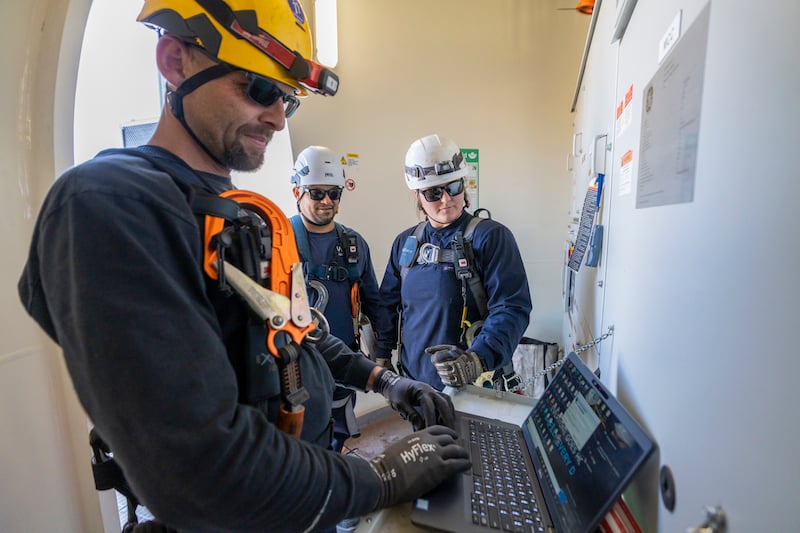 A team uses Lifespan in the base of a Sierra tower. Image used courtesy of GE Renewable Energy

In this way, operators can access that data far more quickly when the need arises, allowing them to reallocate resources swiftly enough to avoid outages in the face of sudden demand changes or equipment emergencies.

High-voltage (HV) substations are yet another of GE’s targets; earlier in May, GE’s Grid Solutions subsidiary announced it had entered into a memorandum of understanding with HSM Offshore Energy, through which the companies will work to further AC turnkey delivery projects throughout Europe.

Offshore wind farms usually generate higher amounts of power, since the wind at sea is typically faster, and the supply steadier. But to collect and export that energy, developers must employ beefy substations connected via underwater cable to the onshore grid. HSM’s most recent substation project, for instance, incorporated two substations each responsible for handling 225 MW of power, with an intake voltage of 66 kV and an export voltage of 220 kV. 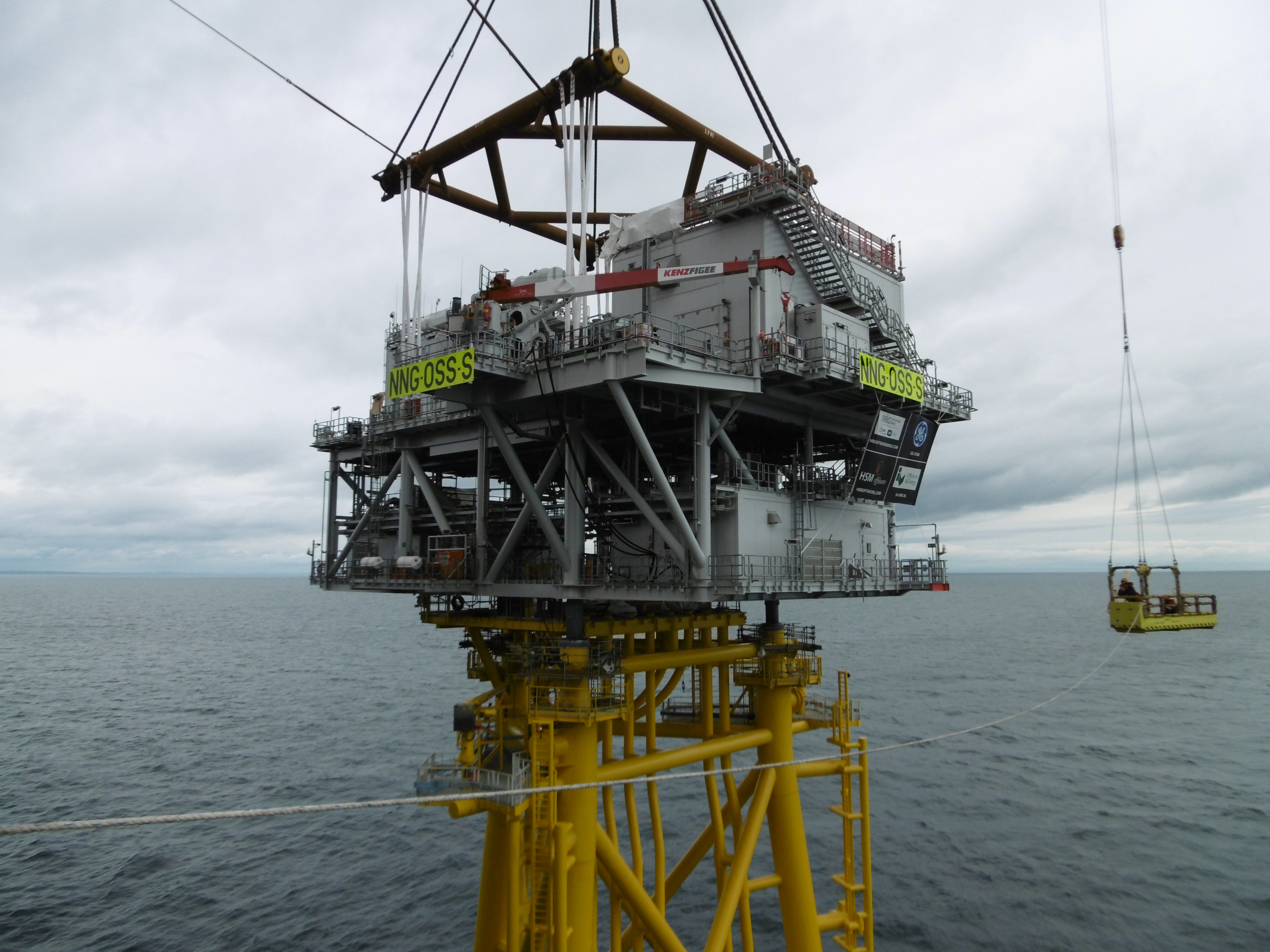 One of two offshore substations installed by HSM in the Scottish North Sea. Image used courtesy of HSM Offshore Energy

Now, with offshore wind rapidly gathering momentum, particularly in China and Europe, HSM and GE will collaborate to meet the reflective spike in demand for that type of station.

Together, the companies are looking to provide developers with an optimized, comprehensive solution covering complete engineering, procurement, and manufacturing, GE said in its release announcing the partnership. That includes, the company noted, all necessary HV equipment, grid compliance studies, complete testing and pre-commissioning, as well as transport, installation at sea, and final hook-up to the grid, followed by full commissioning.

Though that list is long, HSM has the resume and the tools to deliver, said Jaco Lemmerzaal, managing director at HSM Offshore Energy.

“In the offshore wind market, we were pioneers with the delivery of the world’s first [HV] substation off the coast of Denmark,” Lemmerzaal said in a written statement. “We have our own yard with large climate-controlled construction and assembly halls and deep-water quay sides with open North Sea access, and a high number of experienced and loyal permanent staff covering full turnkey capabilities.” 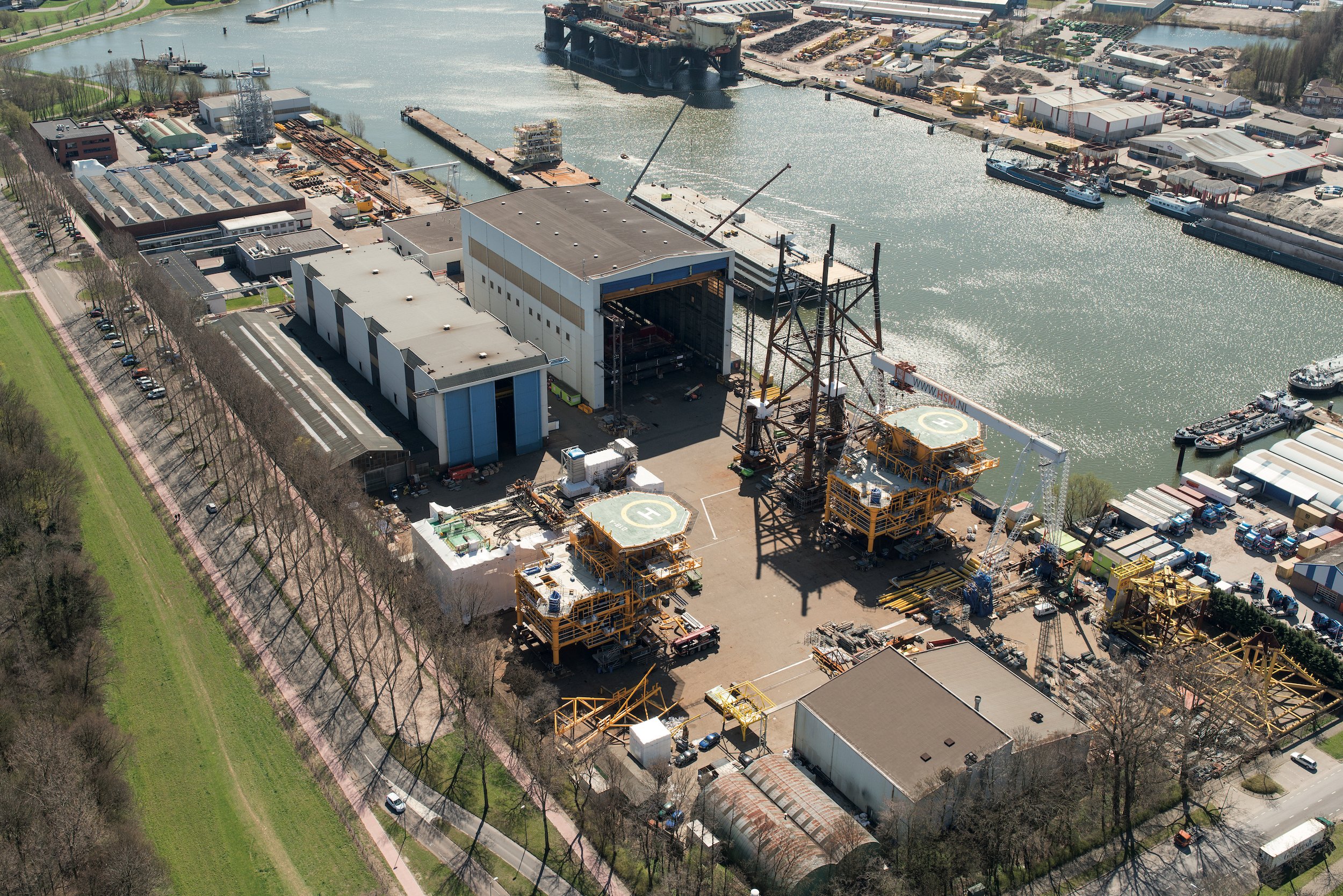 GE also touted it and HSM's ongoing efforts in design standardization, a component in the companies' strategy to achieve the lowest possible levelized cost of energy.