Toyota announced that it would invest $3.4 billion in U.S. battery development and production through the end of 2030—a portion of its overall $13.5 billion allocated for battery projects globally. Its latest move involves adding a $1.29 billion automotive battery plant, with production expected to launch in 2025. 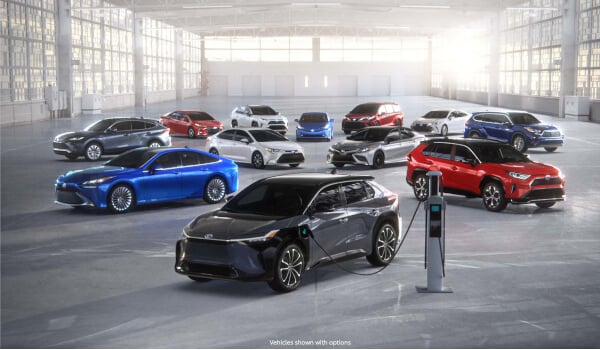 At an event in Japan last week, Toyota revealed its first all-electric car, an SUV dubbed the “bZ4X,” set for a global launch in mid-2022. Electrek reported that even though the company has sold all-electric vehicles in China, the bZ4X is technically its first battery-electric vehicle since it would be the first global release to use a BEV-based platform.

Toyota has 55 models in its electrified vehicle lineup, which includes hybrid vehicles, plug-in hybrids and fuel cell vehicles across its Venza, RAV4 Prime, RAV4 Hybrid and Highlander Hybrid lineups. It plans to boost that number to 70 models by 2025, 15 of which will be BEVs, including the new bZ models.

Toyota says it has sold over 18.7 million electrified vehicles, including 4.5 million in the U.S. EVs are only about a quarter of Toyota’s sales volume, but the company expects that figure will jump to nearly 70% by the end of the decade. Toyota aims to sell 2 million BEVs and fuel cell vehicles worldwide by 2030, with U.S. sales expected to reach 1.5 million to 1.8 million units.

Despite supply chain challenges, Toyota’s U.S. EV sales hit new records in September. Per its September 2021 sales results, Toyota’s alternative-powered vehicle sales—which include hybrids, plug-in hybrids and fuel cell vehicles—totaled 42,945, up 36% from last year’s volume and daily selling rate, and accounting for 28.1% of monthly sales. So far in 2021, the company has sold 450,122 alternative-powered vehicles, which corresponds to a 113.7% increase in volume and a 111.9% increase in the daily selling rate. Its year-to-date EV sales represent 24.2% of its total sales. 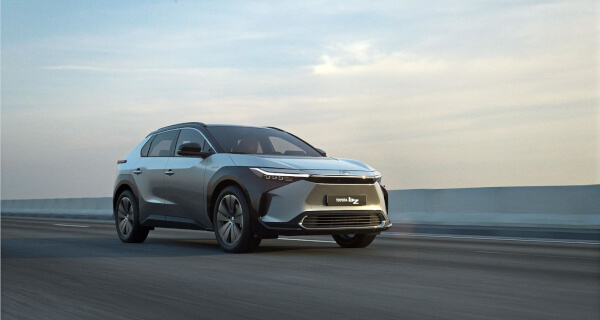 Meanwhile, Ford is investing over $30 billion into EV development through 2025, planning for 40% to 50% of its global vehicle volume to be fully electric by 2030. In September, the Michigan-based auto giant announced it would invest $11.4 billion to build a new “mega campus” in Tennessee and twin battery plants in Kentucky, with production for new EVs and advanced lithium-ion batteries expected to kick off in 2025. The Kentucky plant will lead battery assembly for the company’s Ford and Lincoln branded vehicles.

Ford’s U.S. EV expansion is well underway, starting with its flagship car brands. Deliveries of the all-electric Mustang Mach-E SUVs kicked off earlier this year, and the much-anticipated all-electric F-150 Lightning trucks will launch in spring 2022 with four series and two battery options. The company also has hybrid and plug-in hybrid vehicles for its Maverick, Escape, Explorer and E-Transit lineups. Outside of the U.S., the company is investing heavily in its European market expansion, as EV adoption spreads worldwide. 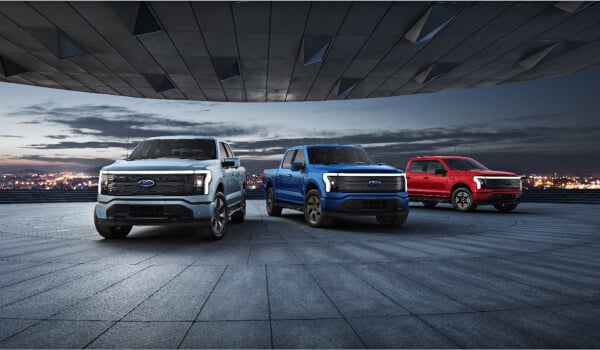 Ford’s battery development expansion began a few years ago with an investment in EV battery maker Solid Power, which partnered with Ford to integrate all-solid-state batteries into future EVs. (Ford and BMW are among the lead backers of the Colorado-based company.)

Ford’s EV investments are already paying off. In its September 2021 sales results, the company said its electrified vehicle portfolio is attracting new customers at a higher rate than the overall Ford brand. It sold 9,150 electrified vehicles in September, up 91.6% from last year. Retail sales for its Mustang Mach-E increased by 9.2% to 1,578 units, with year-to-date totals reaching 18,855 units. The report also noted that F-150 Lightning reservations have now surpassed 150,000.

Another American auto giant, General Motors, is investing $35 billion into all-electric and autonomous vehicle development, planning to launch more than 30 EV models by 2025 and projecting $90 billion in EV sales by the end of the decade. As EEPower covered last week, GM recently announced it’s adding a new battery cell research and development facility focusing on lithium-metal, silicon and solid-state batteries.