The electric vehicle charging market will experience noteworthy expansions including BP Pulse’s airport charging center and Tritium’s DC fast-charging network. Here are these and other highlights.

Several companies have made significant moves in the electric vehicle charging market recently. From BP Pulse revealing plans for an airport charging center to Tritium’s deal to build a national DC fast-charging network, here are the latest noteworthy announcements. 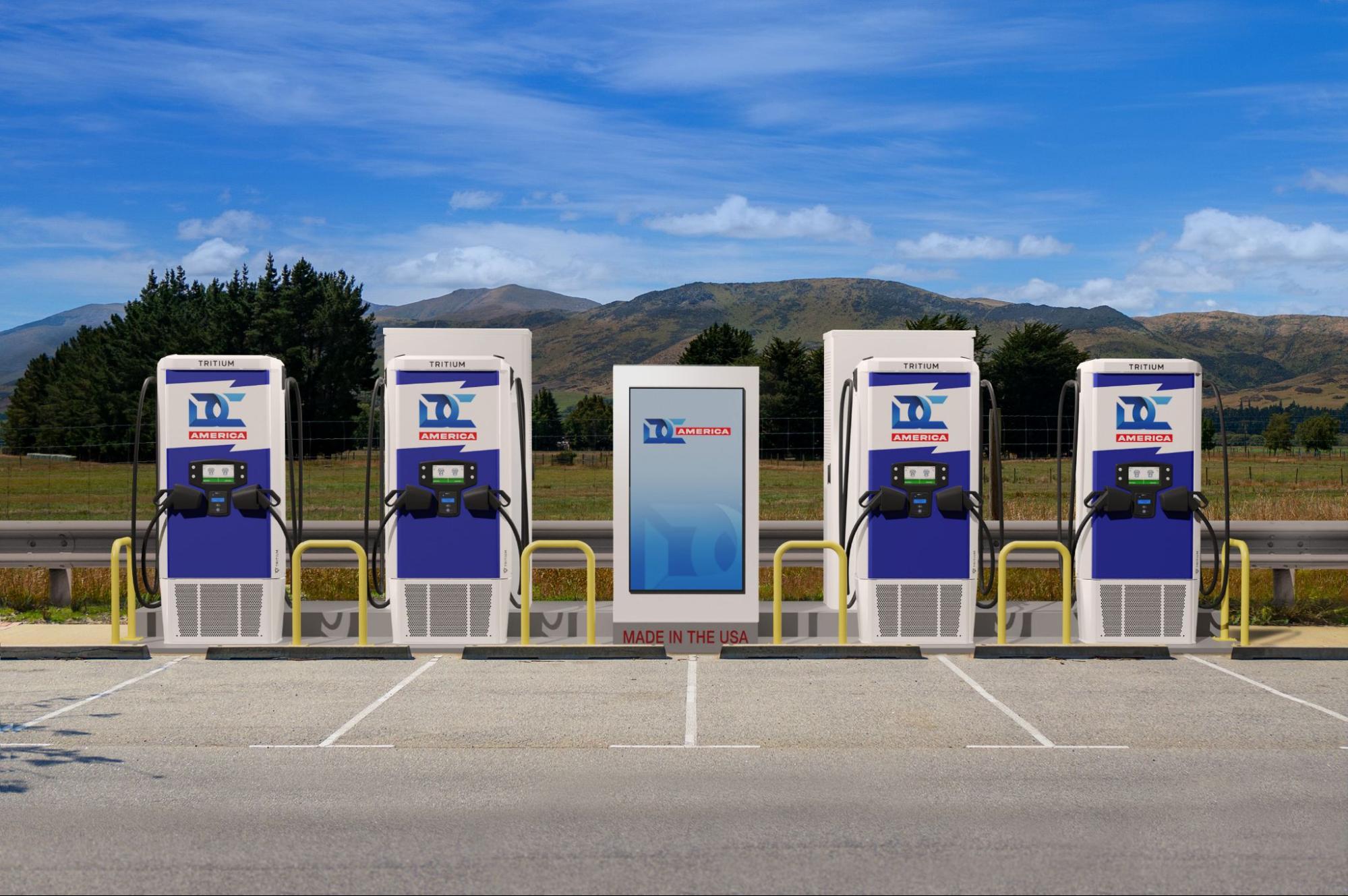 The pair expects the charging network to be compliant with the federal government’s Buy America standards, thereby unlocking a piece of the billions of dollars allocated to states and territories through the Bipartisan Infrastructure Law for charging initiatives. The companies intend to qualify for the National Electric Vehicle Infrastructure (NEVI) Formula Program, which will distribute $5 billion to states over five years to subsidize up to 80 percent of project costs. In September, all 50 states, Washington D.C., and Puerto Rico were given $1.5 billion to build EV charging stations covering more than 75,000 miles of highway nationwide.

Details about the expected launch date were not disclosed. However, DC-America President Nathan Bowen told Electrek that the company pre-purchased Tritium’s chargers in a “considerable stocking order,” which it expects to receive in the first half of 2023.

Per its website, DC-America markets a NEVI-compliant solution with all welding, assembly, and commissioning occurring at its facility in Milton, West Virginia. It says it can reduce onsite installation costs by up to 50 percent, installing stations within days.

Aside from the 150-kW line, Tritium’s existing chargers have power levels ranging from 50 to 350 kW. The company has sold 7,600 chargers in more than 40 countries. Per its website, Tritium’s NEVI stations include four 150-kW chargers with two power rectifier units. Accordingly, the chargers can deliver 150 kW of power to four EVs simultaneously while providing backup charging for uptime and reliability.

This past summer, Tritium opened a manufacturing plant in Tennessee that’s expected to produce more than 10,000 DC fast chargers annually, with the potential to reach 30,000 units per year at peak capacity. As stated in its 2022 annual report, Tritium anticipates the factory to reach a capacity of 6,000 units annually by December 2022, then scaling up to 28,000 by the end of next year. The publicly traded company recently received a $135 million capital injection to support increased production and product development.

The project is partially funded by a $2 million grant from the California Energy Commission. BP Pulse will install and manage the charging infrastructure at one of Hertz’s sites near LAX, serving electric taxi fleets and ride-hail services as they transport riders to and from one of the country’s busiest airports. The stations will also utilize BP Pulse’s Omega software to manage fleet charging and optimization. 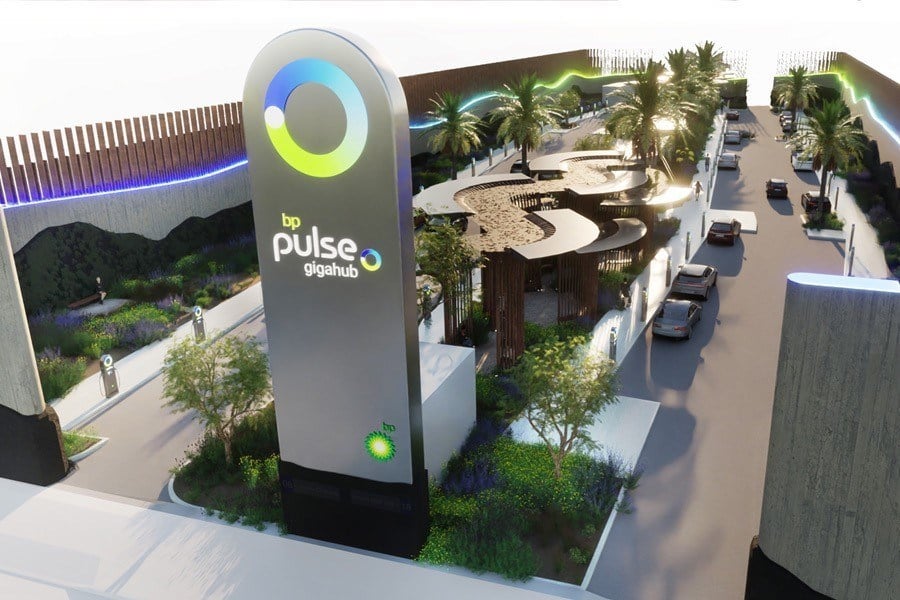 In September, BP Pulse and Hertz first announced a memorandum of understanding to install a national charging network for Hertz’s growing fleet of electric rental cars. The company’s fleet includes tens of thousands of EVs at 500 locations spanning 38 states, enabled by large-scale purchases from Tesla, Polestar, and GM. Aiming to electrify 25 percent of its fleet by the end of 2024, Hertz said in its press release that the deal with BP Pulse would allow it to expand its national charging footprint substantially. Earlier this year, BP Pulse started installing charging infrastructure at 25 Hertz rental locations across several states.

BP Pulse, meanwhile, plans to expand its global network to more than 100,000 chargers by 2030, with most being ultra-fast chargers. 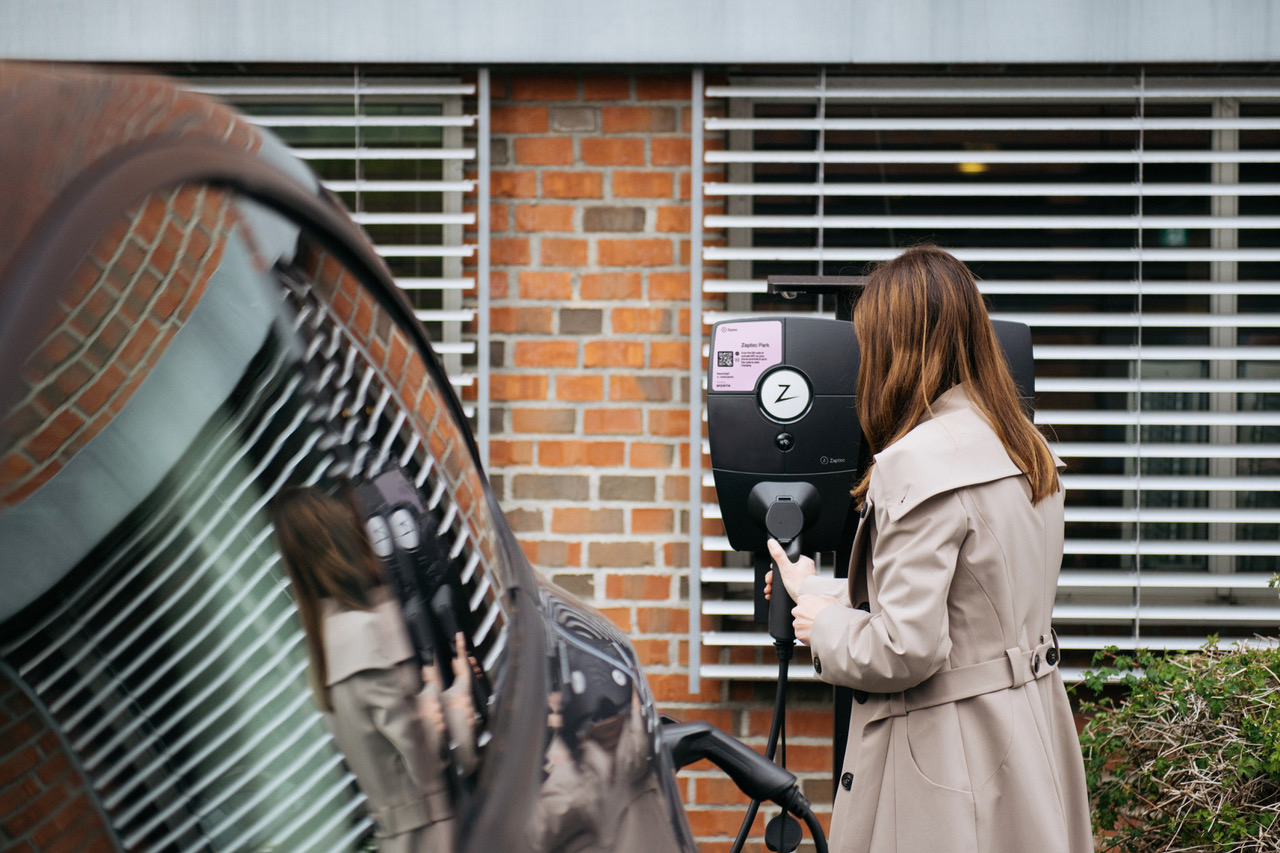 A photo of Zaptec Park in use. Image used courtesy of Zaptec

After an initial rollout in Sweden earlier this year, a Zaptec spokesperson told EE Power in an email that the two companies are now offering the product in Britain as of early November. The UK iteration will exclusively use Zaptec Pro, a charger ideal for commercial sites claiming to provide 66 percent better power utilization than leading competitors. With Monta’s software contribution, Zaptec Pro owners can manage access, usage, pricing, payments, and other aspects of their charge points.

Zaptec is already known in the domestic charging market, offering installations for housing co-ops, private homes, and garages. Through its deal with Monta, the firm plans to expand Zaptec Pro to more European countries soon.

The two companies aim to increase charge point installation rates and accessibility across the continent. Per statistics compiled by Zap-Map, the United Kingdom currently has more than 35,700 charging points spread across 21,378 locations as part of its public charging infrastructure. Even more charge points are installed at homes and workplaces, with estimates topping 400,000.