The growing number of wildfires in the U.S. and globally has prompted DOE researchers to deploy sophisticated sensors, drones, and machine learning to fight the threat.

According to the National Interagency Fire Center, the largest wildfire years recorded happened since 2004 and coincided with many of the warmest years on record. Electric utilities have a large stake in helping to prevent wildfires as power lines or equipment failures often spark them. Wildfires can also cause widespread electrical outages that can cover several states.

With the climate getting warmer and droughts spreading across Europe and the U.S. western regions, there is a growing need to detect electrical arcing along the power grid, faulty or damaged equipment, and the direction of wildfire spread. 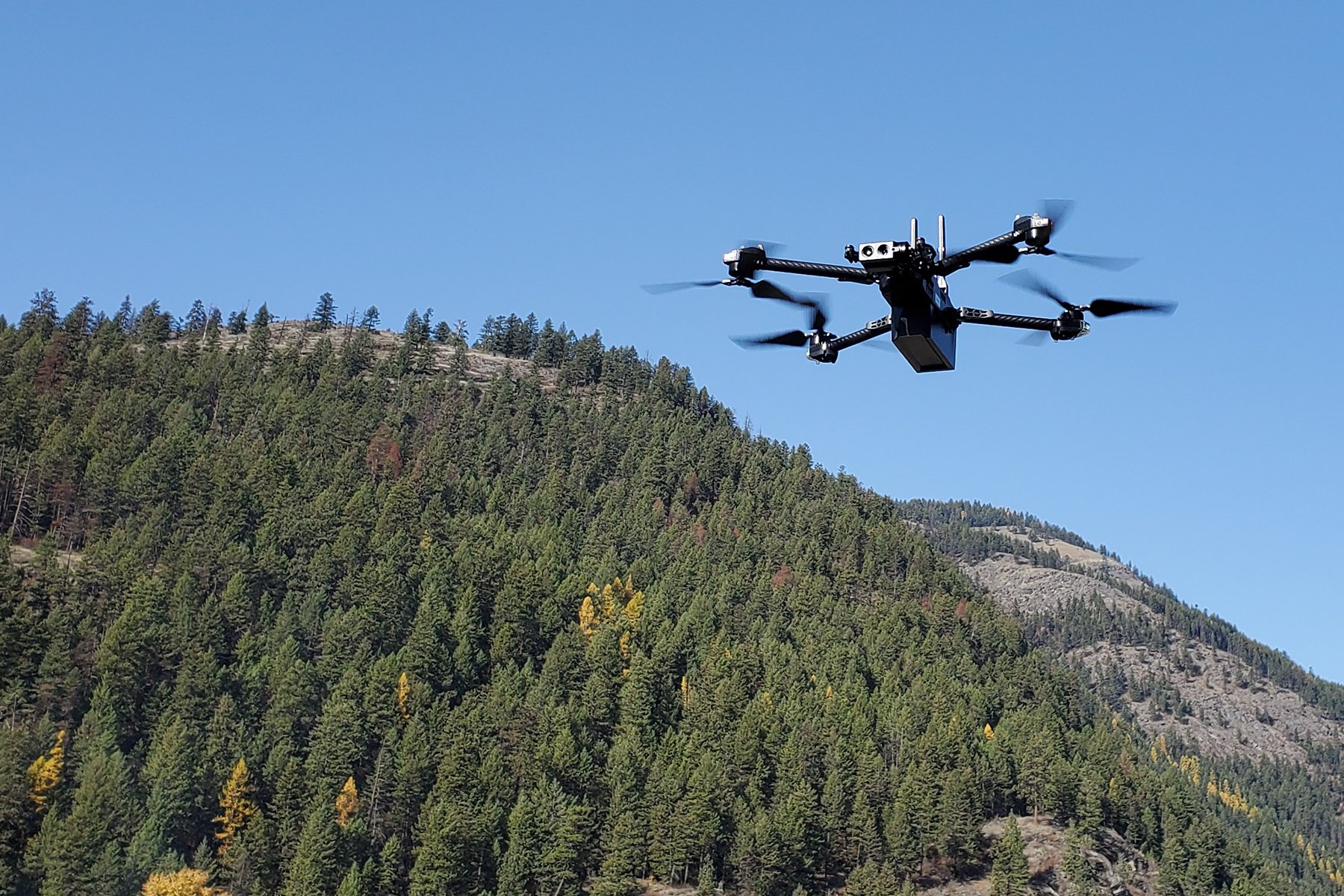 One way the electrical grid can spark a wildfire is by an electrical arc occurring with high-voltage overhead power lines. The sparks formed can ignite surrounding trees and vegetation, creating a wildfire. The most common causes are weather-related occurrences that can cause damage to lines or allow wires to contact trees resulting in arcing.

The DOE is working on fire detection systems for the U.S. Forest Service, the primary agency for fighting wildfires. The first step is to place sensors near power lines that can detect variations in power flow, leading to the formation of arcing and superheated sparks.

ORNL researchers have developed an algorithm that rapidly recognizes and classifies the arcing events. The researchers have created a “library” of waveform signatures from universities and utility companies that help characterize anomalies such as electrical arcing events. By comparing an anomaly to the library, a machine learning software program can be trained to recognize when potentially dangerous arcing is occurring and alert the utility.

An Alternative to Airplanes and Helicopters

Unfortunately, arcing of high-voltage power lines often takes place far from roadways and often in mountainous terrain that is difficult to access. Airplanes and helicopters can be used to inspect areas where arcing has been inspected, but are not only expensive to fly but might not be able to fly close enough to see or detect a small arc.

A promising alternative is to use unmanned drones to reach rugged and remote areas. A drone can confirm detected arcing by recording video and has sensors that detect audio, heat, and radio frequency emissions from small arcs. There are challenges—audio sensors, for example, must distinguish the crackling noise of arcing from the buzzing of the drone’s propellers. To do so, ORNL has developed a technique to extract the audio signature of arcing from background noise.

The Federal Aviation Administration recently granted ORNL authorization to fly drones beyond line of sight and up to 1,500 feet with special permission throughout the U.S.

"Drones are already out there doing vegetation management. So why don't we use an additional technology on the same platform to check for arcing at the same time?" asked Peter Fuhr, head of ORNL’s Grid Communications and Security Group, in an ORNL news release. "We're establishing demonstrations in the coming year at utilities large and small across the nation."

In addition to power lines, overheating transformers and other equipment could also be detected using drones.

Drones and Sensors Work Their Magic From High Above

Drones aren’t the only airborne tools ORNL has come up with to fight forest fires.

Sensors can be carried aloft to high altitudes, either by balloons or onboard solar-powered, long-endurance, unmanned aircraft that can fly above thunderstorms and look for fires that lightning strikes have ignited.

Such work is carried out by piloted fire-spotting flights or satellite imagery. The new technologies are less expensive, require less staffing, and can loiter over an area of interest for much longer periods of time.

An ORNL research team has demonstrated that thermal imaging sensors mounted on drones can sense the presence of fire under tree cover and indicate its size, even when there is little to no smoke. Image used courtesy of ORNL, U.S. Department of Energy

At present, detecting wildfires is often done using images from satellites or remote cameras. If the weather is cloudy or the satellite isn’t in the proper position, fires can grow considerably before they are spotted, and resources can be deployed to fight them.

Drones are useful tools when a fire has started. Embers can blow as far as a mile from an existing blaze, lighting a new fire and causing the wildfire to spread rapidly. Drones can be used to sense heat, even under the tree canopy and when smoke isn’t yet visible. Likewise, after a fire has moved through an area, drone sensors could detect hot spots, a task currently done by firefighters sifting through the ashes.

“This capability could be a game-changer in fighting wildland fire,” said Marva Willey, a U.S. Forest Service fuel specialist who serves on the agency’s tools and technology team. “Heat-detecting sensors have so many applications that can increase our situational awareness and knowledge of where heat and fire are. It’s all about knowing what’s going on before you put people out there.”

Using Drones to Monitor Heat in Power Lines and Transformers

In 2021, a wildfire caused by downed power lines was burning in Tennessee, not far from ORNL’s headquarters. With permission from firefighters, Fuhr and his team used drones to monitor heat in transmission lines and transformers during the fire. When they survive the fire, transformers can be damaged by exposure to high temperatures, and monitoring the conditions during a blaze could help identify where equipment should be replaced.

One thing is certain—there has been a significant global increase in wildfire frequency and intensity, and new tools and technologies are needed.

"New Mexico was on fire earlier this year, and when you see the devastation that happened with the (2018) Camp Fire and the resulting bankruptcy of the utility—if our activities can reduce those kinds of outcomes, it's good for everyone," Fuhr said.