Researchers at Argonne National Laboratory used a Machine Learning tool to accurately predict the number of cycles at which a battery performs.

Artificial intelligence (AI) has been proven a great invention. It is being used as a research tool to improve sustainability and forecast future developments. Machine Learning (ML) is a subset of artificial intelligence in which a lot of data, “big data,” is collected, interpreted and analyzed to reach a certain goal.

Researchers at the Department of Energy’s Argonne National Laboratory used a machine learning algorithm to predict the life of batteries within a few cycles of their operation. This technique is a relief for researchers working on battery development projects. The months and sometimes years spent on producing performance degradation estimates and prediction of the end of life of a battery using experimental testing could be skipped by using the new method. 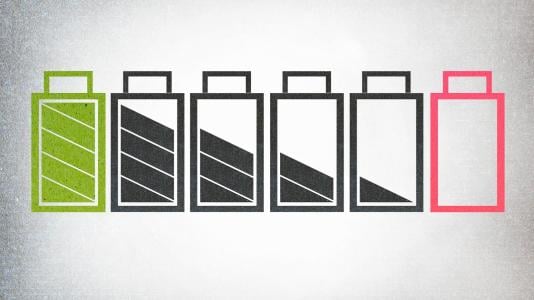 ​“Having to cycle a battery thousands of times until it fails can take years; our method creates a kind of computational test kitchen where we can quickly establish how different batteries are going to perform,” said Argonne computational scientist Noah Paulson, an author of the study.

Previous Work and Challenges vs. the New Method

Traditional battery life testing techniques such as using capacitors and resistors and cycling the battery are still used to project the battery's degradation profile. There have been a lot of other trials and research such as using mathematical models, physics-based models, and even machine learning. But all the predictions produced were not accurate due to lack of data or batteries' different chemical properties.

In the future, the researchers seek to create a machine learning model that takes known chemistry as its input dataset and produces an output predicting the life of a battery with unknown chemistry.

“Say you have a new material, and you cycle it a few times. You could use our algorithm to predict its longevity, and then make decisions as to whether you want to continue to cycle it experimentally or not,” Paulson said.

The study was funded by an Argonne Laboratory-Directed Research and Development (LDRD) grant.