The electric truck manufacturer, part of the Volkswagen Group, selected Keysight’s battery test technology as the foundation for its battery laboratory in Södertälje, Sweden.

Scania will utilize a customized, turnkey battery solution from Keysight at its new facility in Södertälje. Image used courtesy of Scania

The package includes Keysight’s Scienlab systems, which Scania will use to physically test lithium-ion battery (LiB) cells at the cell, module, and pack level.

At the digital end, Keysight has implemented its Energy Storage Discover Software for test and control, as well as its PathWave Lab Operations for Battery Test, an integrated, web-based lab management platform enabling Scania to optimize workflow, test throughput, and data management.

At the 1,000-square meter Södertälje R&D lab, whose opening the company announced in late June, Scania will deploy the full solution to analyze electric truck batteries across three separate test halls in temperatures ranging from -40 to +70 ℃, with tests that can last upwards of two years.

The Need to Test and Characterize LiB Systems

Individual LiB cells deliver between 3 and 4 volts, but modern electric vehicles (EVs) work on electrical rails of 800 VDC and higher. To reach that voltage then at the high currents needed, single cells must be woven together in serial and parallel strings.

Before that process can begin, though, it is vital that each individual cell be characterized over a myriad of factors, including voltage, current, and temperature. And that’s just the beginning.

Each individual cell in an EV battery pack must be characterized over a myriad of factors. Image used courtesy of Scania

To make up the sinews of a battery, those individual cells are first built into modules and then into packs. At each step in that process, they must be tested and characterized again. Of course, for this testing to be meaningful, it must be conducted over long periods of time, so as to correspond to the operational lifespan of the batteries that will actually power EVs in the field. And things grow only more complex given present trends, which are seeing manufacturers construct as many different battery variations as there are vehicle models.

That background discussed, let’s examine the key elements of the customized solution Scania will wield to efficiently execute the process. 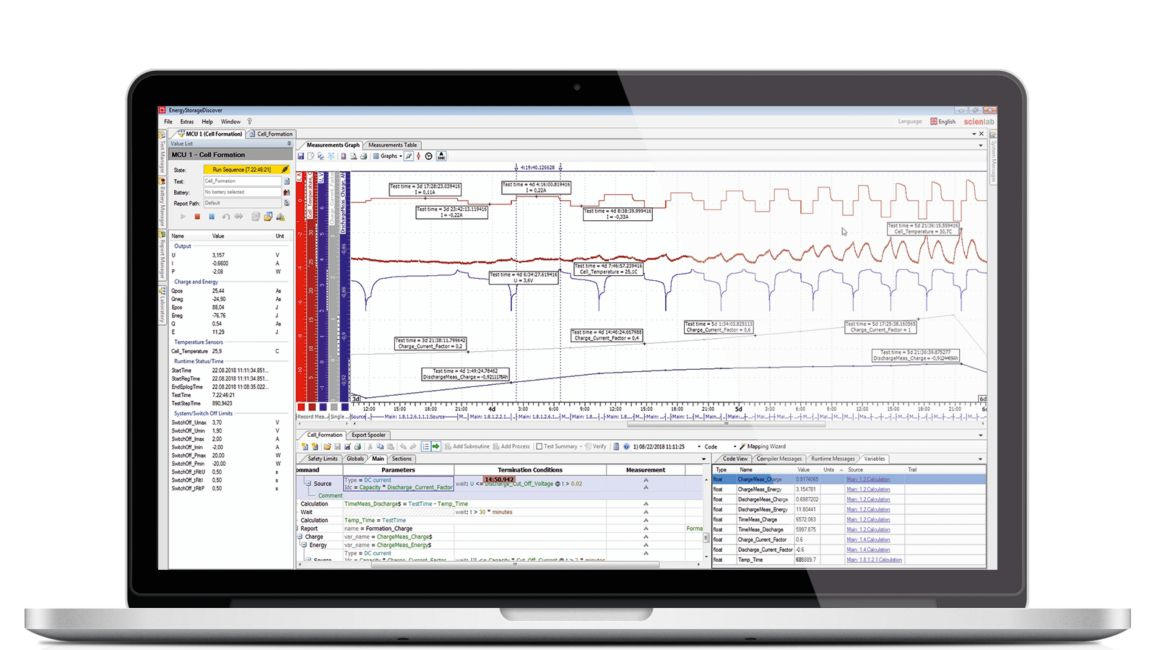 Keysight's EP1150A PathWave Lab Operations for Battery Test enables operators to better manage workflow and to improve throughput and compliance, which are becoming too complex to handle with spreadsheets or whiteboards. This flexible platform enables engineers to systematically prepare for and perform testing and to access results.

After a lengthy courtship, Volkswagen completed its acquisition of Scania in 2014. Once a major manufacturer solely of trucks powered by traditional internal combustion engines, the company has in recent years made a significant pivot toward battery-powered models.

On June 13, the company released its first long-haul electric truck, which CEO Christian Levin called a “major milestone” for Scania and its partners. The vehicle features six batteries with a total capacity of 624 kilowatt-hours, and sports a range specified as 217 highway miles at 50 mph. Notably, drivers can charge the truck fully in just 90 minutes.

The announcement capped off a flurry of activity for Scania in this year’s first half.

Earlier in June, the automaker announced that the Swedish mining company Boliden is operating a 74-ton model of its battery electric truck nearly non-stop at Boliden's Renströmsgruvan site in the country’s north. There, it ferries 2,000 tons of gold ore between the mine and a concentrator plant in the city of Boliden, which rests roughly a 15-minute drive to the east. Other notable deployments in 2022 include a robust electric tipper truck and crane now operating in Norway’s capital, Oslo, as well a 19-ton model delivering mail to residents of Svalbard, a Norwegian Archipelago that is one of the northernmost inhabited areas on Earth. 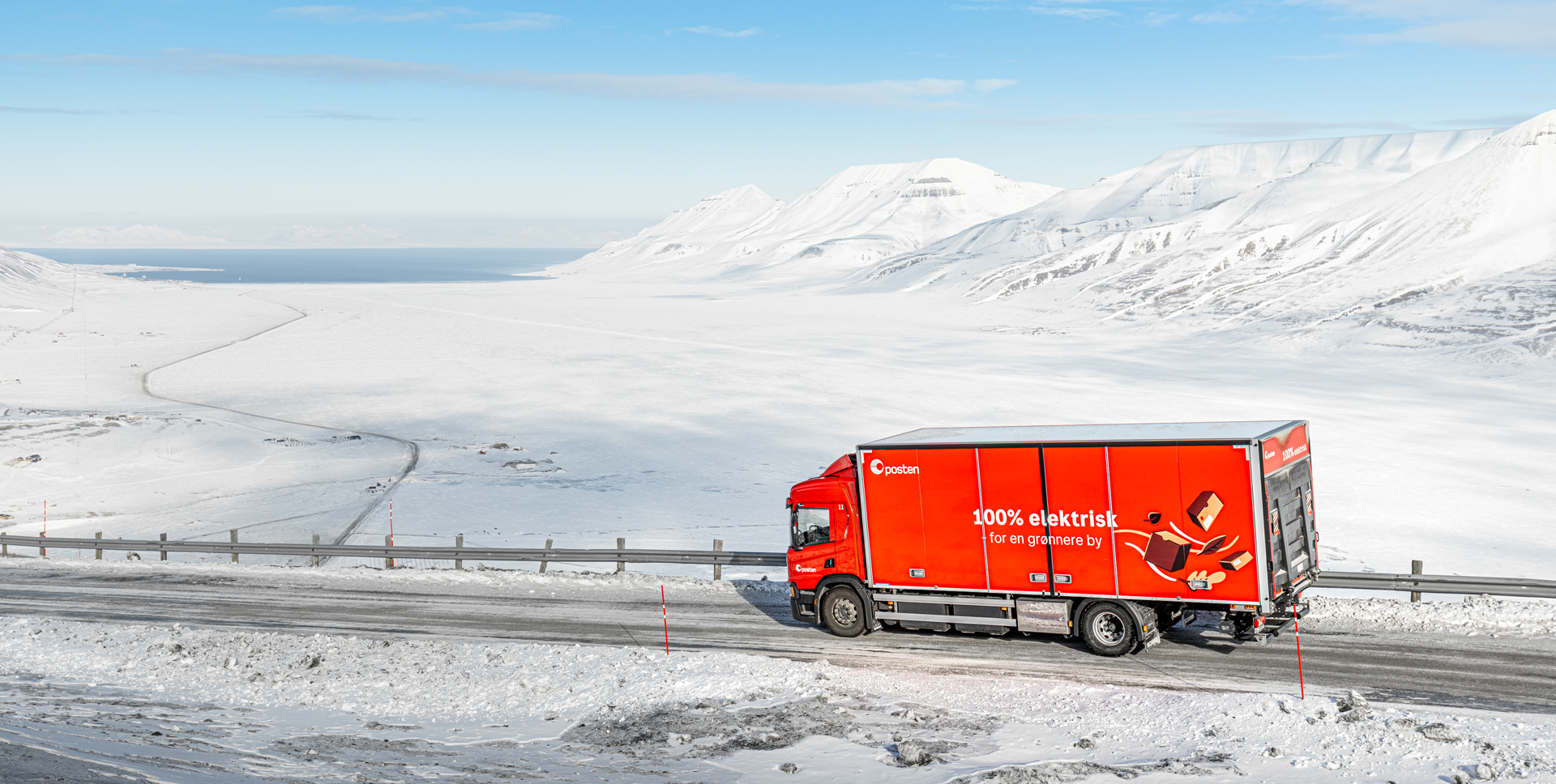 Undoubtedly, Scania’s view here of life beyond petroleum is at least in part driven by those of Volkswagen, which has pledged its own substantial pivots.

Volkswagen has Big Plans for its Electric Future

“We are continuing to press ahead with the transition to e-mobility despite the limited supply of semiconductors,” said company CEO Ralf Brandstätter, in a statement this January. “With our ACCELERATE strategy and the expansion of the model portfolio, we will continue to increase the pace of the e-mobility offensive.”

The company supplanted its successful e-Golf BEV with its ID.3 line in 2020, and its ID.4 follow-up last year proved to be its best-selling model worldwide. As it develops future lines, the company intends to invest 14 billion euros ($14.37 billion USD) in decarbonization by 2025, and will look to power its factories in Europe, North America, and South America entirely with renewable energy by 2030.