Protecting the Health of the Battery: The Importance of Rugged Design and the BMS

Protecting the Health of the Battery: The Importance of Rugged Design and the BMS

With the growing rise in the use of batteries for a range of applications, it is crucial that the battery is designed in a manner that protects the safety of the user and the battery itself. Incorrect construction of the battery greatly increases the risk of damage to the internal battery cells which can have serious consequences.

When it comes to designing a battery there are two core elements (among many others) that need to be considered: the battery casing and the batteries internal structure. Getting these two elements correct reduces the chance of risk, protecting both the health and safety of the battery and its user. 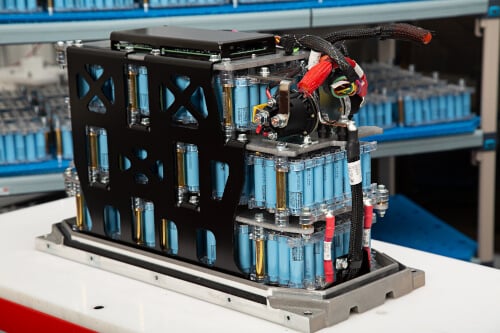 The outer structure of a battery design is often an afterthought to the internal structure that generates the power output required. With a focus on generating power that can compete with petrol and mains-powered machinery, ensuring that the battery is stored in a secure casing is fundamental in allowing it to withstand the demanding conditions placed on machines. 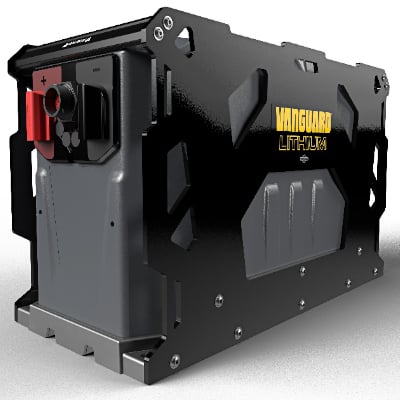 Heavy duty machinery often experiences severe vibrations that can impact the user of the machine, something that is greatly improved by the introduction of battery power. Whilst there is often a significant reduction in sound pressure in decibels, there is also likely to be a reduction in harsh operation of the equipment. Because the demands of the machine are still the same, the battery needs to be designed to withstand these forces.

This starts with a heavy Aluminium base to absorb the pressure and to work alongside the internal structural supports to keep the battery cells in place during operation. Once the battery cells are secure it is imperative to protect the electrical componentry from impact and dust and water ingress by sealing the battery casing, all while allowing critical venting for the battery cells. The addition of heavy-duty busbars, connections and contactors support the matrix for the cells and allow the pack to be able to withstand the physical conditions while providing long-lasting, powerful performance.

Once they have been carefully designed, batteries must go through rigorous modelling and testing protocols, including impact and vibration, to ensure that the battery performs under the demanding conditions needed for use with various machinery. Briggs & Stratton’s Power Application Centre has been carefully developed so its team of experienced Application Engineers can model, build, and test actual customer products to provide real-world development support and validation for equipment of all types.

Taking the approach of designing from the ground up in this manner allows Briggs & Stratton’s Vanguard batteries to be used in commercial applications that have high vibration, impact, temperature shocks, and environmental exposure requirements. 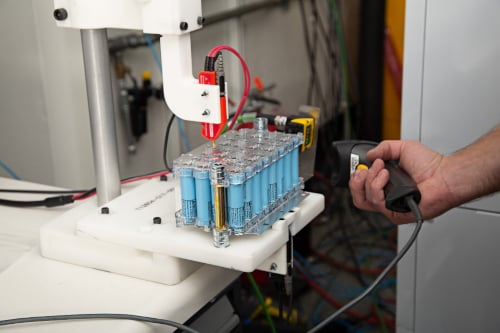 Focusing on the outside demands and the expected use of the battery is crucial to understanding the size of the casing needed and its structure to protect the internal cell structure. A poorly designed battery casing will greatly impact the health of the battery and its power capabilities.

Within premium Lithium-ion batteries, the battery management system (BMS) plays a crucial role in protecting the health and safety of both the user and the battery itself, ultimately reducing risk. Attached to the battery within the battery casing, the BMS is constantly able to run diagnostics on the internal mechanisms of a battery. The data collated can be recorded and relayed to the user on different elements including temperature, charging speed, and charge status. Combined the statistics gathered by the BMS can ensure the safety of the battery for the user and protect the battery health.

The role of the BMS is fundamental beyond collecting data, it is essentially the brains that control all the functions of the battery. At its most basic, it evaluates the battery in relation to the equipment or charger; only allowing the flow of energy when properly connected and when environmental conditions and charge/discharge parameters are met. Combined with thermistors that constantly monitor individual cell and pack temperatures, the BMS logic works to prevent exceeding safe limits for charging or discharging the battery. 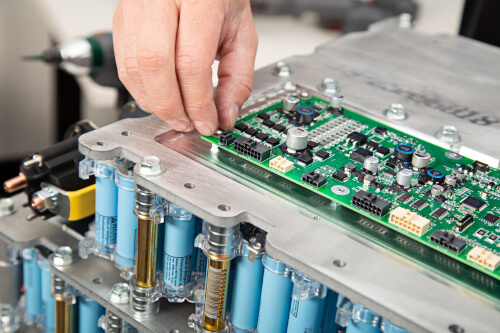 The BMS “Power Map” governs all the rules and boundaries for safe, long-life battery operation. The Power Map works to optimize the charge and discharge rates based on ambient and pack temperature, state-of-charge (SoC) and state-of-health (SoH). This prevents the pack from operating in fringe areas where the Lithiumion battery life is most compromised.

Operating windows for Lithium-ion batteries have been greatly increased by the data that is collected by the BMS. It allows them to be used in temperatures as low as -20˚C by carefully adjusting the discharge rate to counter for the extreme temperature. Ambient temperatures cause the chemical reactions that take place need to produce the desire power output to occur at a slower rate. A highly efficient and intelligent BMS will be able to compute the lower temperatures and carefully control the rate of discharge to avoid damaging the anode of the cell. Without an effective BMS, use at low temperatures can cause damage to the battery cells which can reduce their long-term battery life.

This too applies to charging in ambient temperatures. If the charging rate is not controlled, the battery can be damaged as lithium ions build up on the anode in a process known as lithium plating. An effective BMS works to slow the rate of charge in extreme temperatures to protect the internal cell to avoid impacting on the rate of performance. Whilst this can result in longer charge times for the user, the health of the battery is maintained allowing for its power capacity to remain constant regardless of the change in external conditions.

Overall, it is the BMS that is crucial to protecting the internal health of the battery as it is always in control. By constantly monitoring a multitude of criteria, the BMS keeps the battery operating in the most safe, efficient, and healthy mode protecting both the battery and the user.

To summarise, it is imperative to create a battery that is not just a bundle of cells formed together in an enclosure. Instead, batteries need to be engineered specifically to keep users productive and safe. Whilst many elements of Briggs & Stratton’s Vanguard batteries are hidden from view, they play a crucial role in constantly monitoring a multitude of factors to keep the user safe and the battery healthy for long, reliable life.