Atmosic™ Technologies, innovator of ultra-low-power wireless for the Internet of Things (IoT), has launched the industry's lowest power wireless Bluetooth 5 platforms, comprising its inaugural M2 and M3 series, to enable IoT devices to be "Forever Connected, Anywhere." With its team of wireless industry experts who previously pioneered CMOS RF design and successfully delivered billions of high-performance, connected devices, Atmosic is focused on bringing its vision of a battery-free IoT to reality.

The company is developing solutions to enable forever battery life to combat the tremendous effort, cost and ecological impact associated with battery maintenance for billions of connected devices.

The start-up's funding was led by Sutter Hill Ventures, Clear Ventures and Walden International; Atmosic has received $21M in its Series A/A1 financing.

"If you hate changing batteries, you're going to like the technologies we're developing to help eliminate that problem," said John Hennessy, advisor to Atmosic and chairman of the Board of Alphabet. "The Atmosic team is applying its extensive wireless and low-power expertise to bring innovative radio and energy saving designs to market." 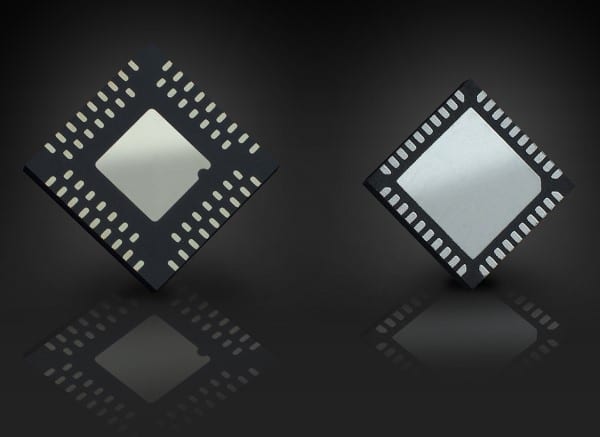 With its first products, Atmosic is employing the Bluetooth 5 standards compliant platform to address challenges associated with installing and maintaining billions of IoT devices, such as beacons, controllers, remotes, and asset and fitness trackers. Bluetooth 5 provides performance increases over legacy Bluetooth by four times the range (now comparable to Wi-Fi), double the speed, and eight times the bandwidth.

With its Lowest Power Radio and On-demand Wake-Up, Atmosic enables from 10 to 100 times lower power, reducing power utilization to such a low level that controlled energy harvesting is a viable power source for wireless connected devices. With the addition of Atmosic's Controlled Energy Harvesting, the solution can deliver forever battery life or battery-free operation. 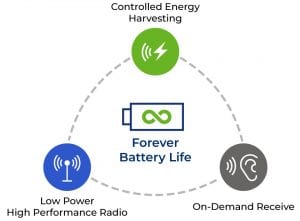 "By 2023, the installed base for Bluetooth, Wi-Fi and NFC connected devices will be more than 35 billion worldwide, with a growing percentage targeting IoT applications. However, the time and money to maintain this magnitude of battery-dependent devices may well limit the potential of the connected IoT," said Andrew Zignani, senior research analyst of ABI Research. "Atmosic's fresh approach to low power technologies and vision of a battery-free IoT may solve some of the key pain points of IoT."

"When Wi-Fi was in its infancy, we never envisioned it would become the pervasive communication that connects billions of individuals and devices," said David Su, CEO of Atmosic. "At Atmosic, we believe the battery-free Internet of Things offers similarly groundbreaking possibilities. Today's M2 and M3 series launch marks a big step toward achieving forever battery life."

The M2 and M3 series solutions are now available for customer sampling and will be in volume production in Q2 2019.